Out of the Loop: New Fast & Furious attraction coming to Studio Tour at Universal Hollywood 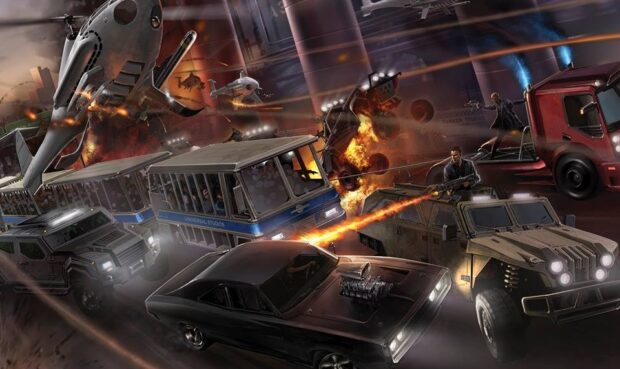 The finale of Universal Studios Hollywood’s Studio Tour will change in summer 2015 with the introduction of the 3D-HD thrill ride, “Fast & Furious – Supercharged,” featuring original cast members from the film series.

This technologically advanced ride will reunite stars from the Fast & Furious series in a groundbreaking mega-attraction, conceived as a new installment to the film franchise that can only be experienced at Universal Studios Hollywood. “Fast & Furious — Supercharged” will catapult guests into the high-stakes underground world of fast cars, where, after their identity is exposed, they’ll join the cast in an escapade to save one of their own from an international crime cartel. 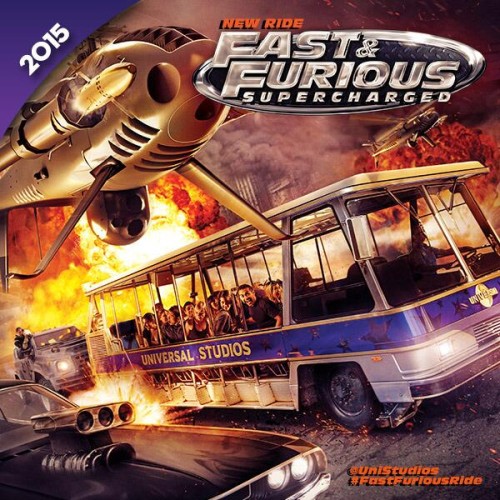 “Fast & Furious is an exhilarating global film phenomenon that has been consistently characterized as a thrill ride,” said Larry Kurzweil, president of Universal Studios Hollywood. “As Universal Studios Hollywood marks its 50th anniversary, this definitive and quite literal Fast & Furious thrill ride will propel guests into the action alongside many of the series’ heroes, just as the theme park itself is thrust into high gear as part of an epic five-year transformation.”

The hydraulic motion-based ride will tell an original Fast & Furious story that fuses hyper-realistic special effects with a state-of-the-art 3D audio system and 3D-HD imagery, projected onto the world’s longest and most expansive 360-degree screen. Spanning nearly 400 feet in length to encircle Studio Tour guests within a newly constructed 50,000-square-foot structure on the legendary backlot, the sprawling custom-built screen will employ 18, 4K projectors and a never-before-used front-projection system to fully envelope guests in the realism.

Coupled with a blend of thrilling visceral effects, Fast & Furious — Supercharged will take guests on a ride that begins the moment they board the Studio Tour. Exclusive interstitial content, filmed with the cast members, will be featured on the tram monitors as they engage guests en route to the ride’s climatic scenes. Along the tram route, sightings of numerous prop cars from the Fast & Furious series, including Dom’s iconic Dodge Charger, will enhance the story.

The adventure will culminate with action sequences that send guests spiraling through the streets of Los Angeles — at perceived speeds in excess of 120 miles per hour — aided by the elite team of heroes.

“We’ve embarked on a new medium of immersive entertainment that brings to life the characters, hyper-realistic action adventure and custom-made effects to transport guests into the exciting world of Fast & Furious,” said Mark Woodbury, president of Universal Creative. “Our collaboration with Universal Pictures to bring this franchise to life through epic storytelling and technological breakthroughs continues to be a hallmark of Universal Studios Hollywood.”

Stars in the Parks: Carey Hart at...