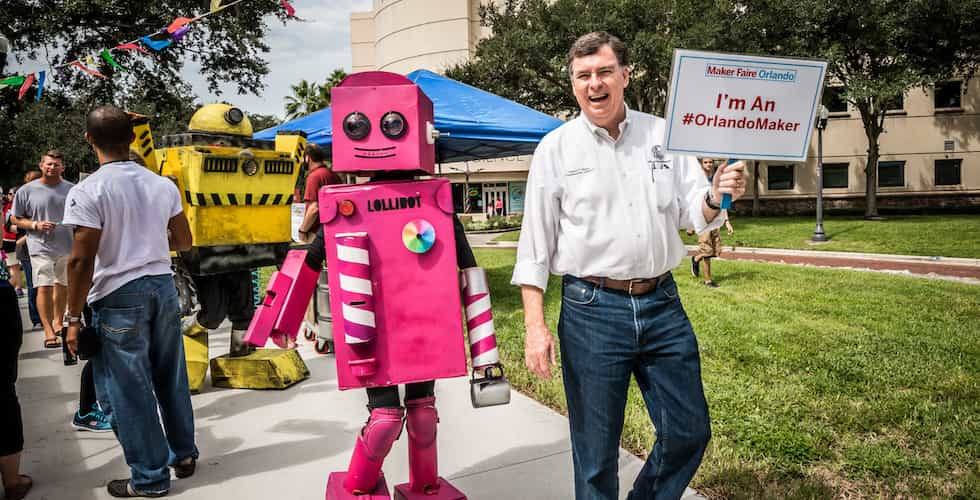 The two-day celebration will showcase hundreds of local makers, as well as hands-on workshops and more that will delight and serve as inspiration to the central Florida area. Maker Faire Orlando will be held October 21-22, in the exhibit halls of the Central Florida Expo Park (Fairgrounds).

“We are excited to bring back our crowd favorites and have some exciting new content planned,” said Jessica King, producer of maker Faire Orlando and Vice President of The Maker Effect Foundation. “We will be announcing some new content that has not previously been exhibited in Florida, and some maker projects that will be displayed for the first time at Maker Faire Orlando.”

This festival would not be possible without help from community partners, such as MakerFX, the Orlando Science Center, Nerd Nite Orlando, Art & History Museums – Maitland, and more. Thanks to their help, Maker Faire is able to create fun and hands-on opportunities for makers to create, and share their innovations with the community. The hands-on aspect is a key aspect of this event, and this year will be no different when it comes to those activities.

“In 2016, we taught over 1,000 people to make a t-shirt at our Make-a-Shirt screen printing activity, and over 900 people learned to solder in just one weekend,” said Candy Cole, the President of The Maker Effect Foundation. “We are excited to bring back these activities in conjunction with our community partners, and are creating new hands-on experiences for Maker Faire Orlando 2017.”