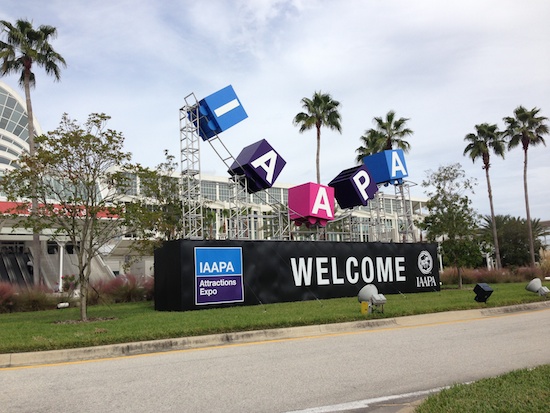 Since the expo isn’t open to the public, we walked the long isles (showcased by 1,160 exhibitors from six continents, filling a half-million square feet) to bring you this report.

The show floor featured many strange creatures, most moving very lifelike, like this smoke-breathing dragon. 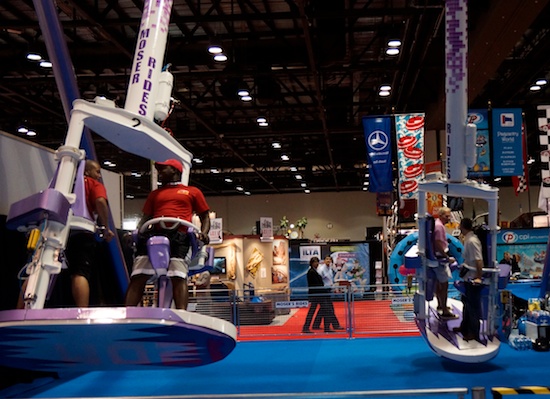 Because you stand up while riding this attraction, it gives you the feeling of skateboarding a half-pipe or surfing as you swing back and forth and spin. 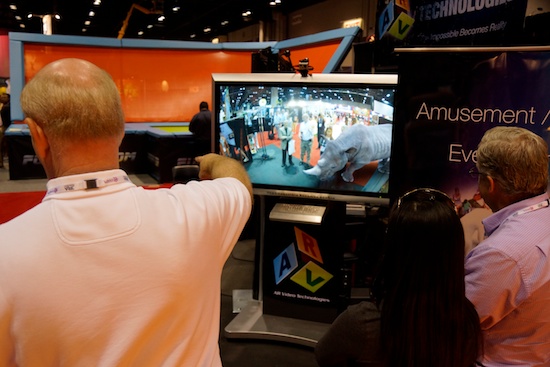 Notice the rhino running in front of this guy on the screen? The animals that were on screen looked very realistic. If you only saw the screen, you’d think there was really a rhino there. 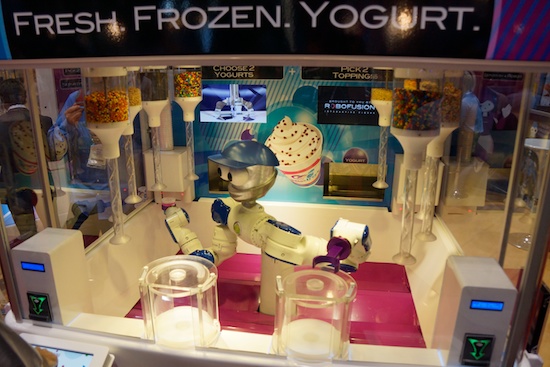 Place your order on a touch screen and this robot will make your custom frozen yogurt. There’s also a version with just a robot arm that is already serving at Dave and Busters in Orlando. 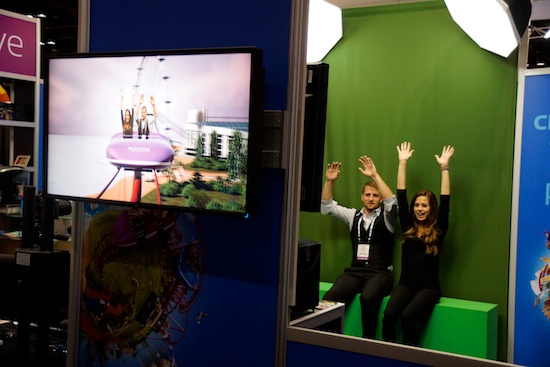 This couple was virtually riding a roller coaster for a fun take-home video.

Bull riding seemed to be a popular attraction this year, including for little kids. 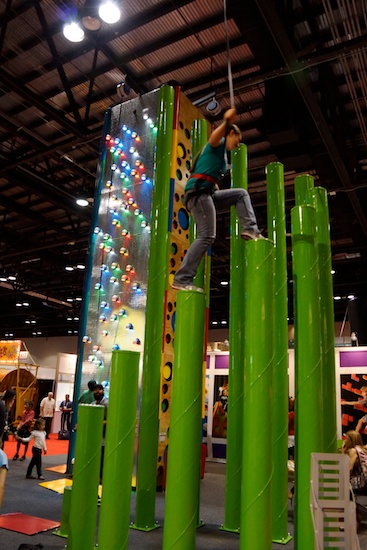 A new sort of climbing attraction. 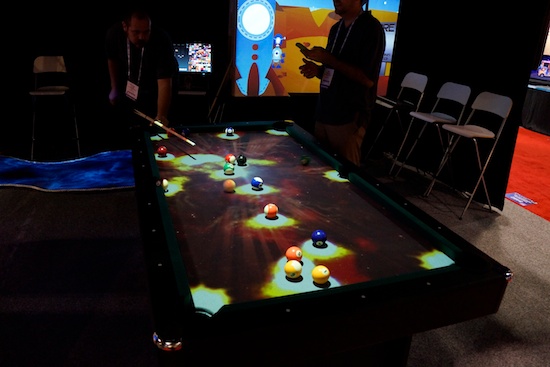 Projections are becoming more popular and are appearing on many different surfaces. This prototype from Theatrical Concepts highlights the balls on a pool table. They were also showing off projections on a miniature golf course. 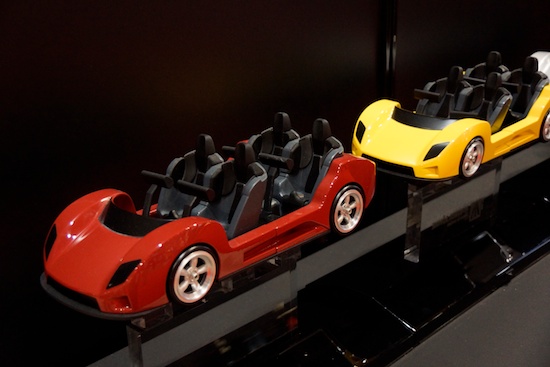 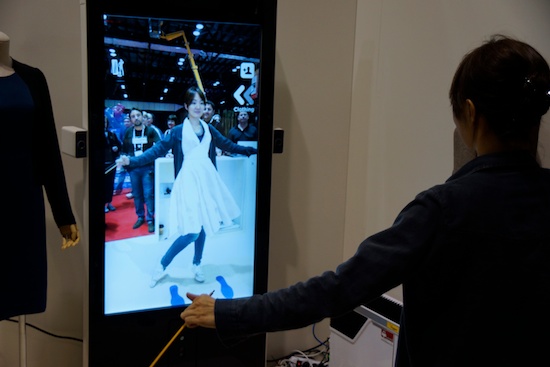 The computer and camera let you virtually try on different outfits without heading to a dressing room. 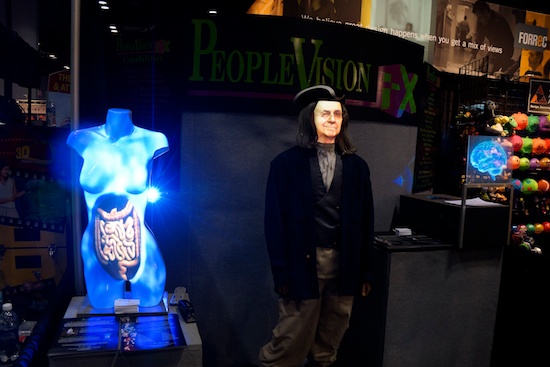 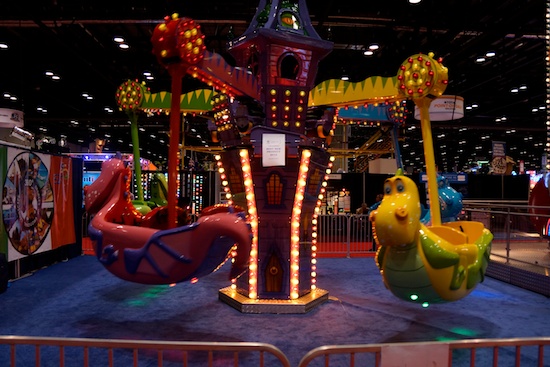 This puts a new spin on spinning rides. The hippos bounce up and down as they go around. 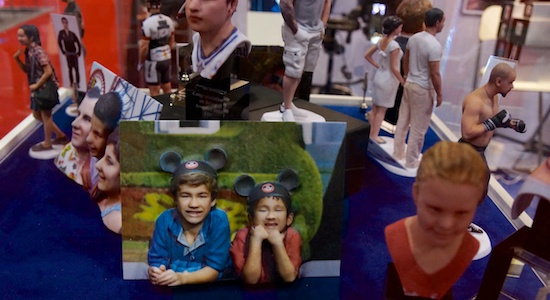 Along the lines of Disney’s Carbon-Freeze Me and Princess D-Tech Me, are these custom busts, figures and 3D photos.

Some unique types of climbing walls. One not seen here also had hand and foot pegs that would go in and out as you climb the wall. 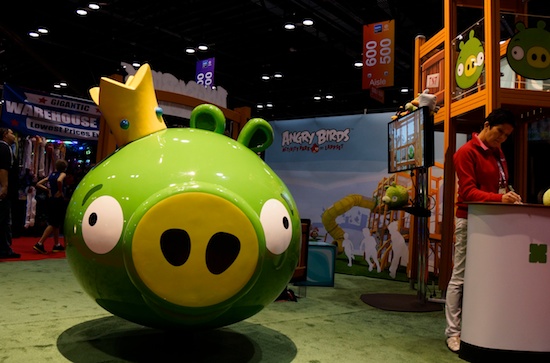 An Angry Pig on display from the Angry Birds park overseas. 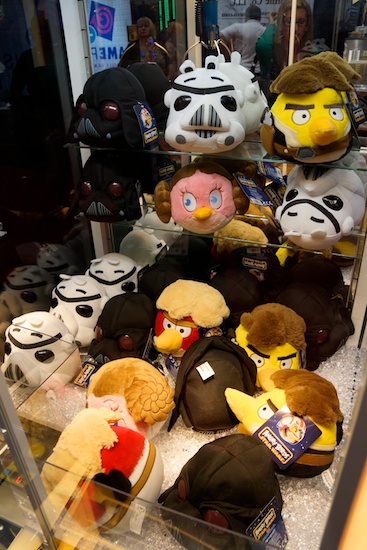 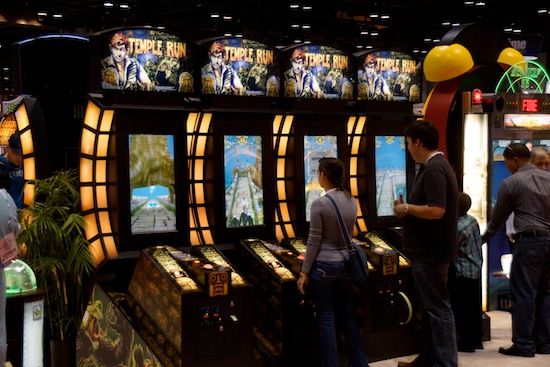 It seems the trend of arcade games coming to the home market has reversed. We also saw a Doodle Jump arcade game at DisneyQuest. 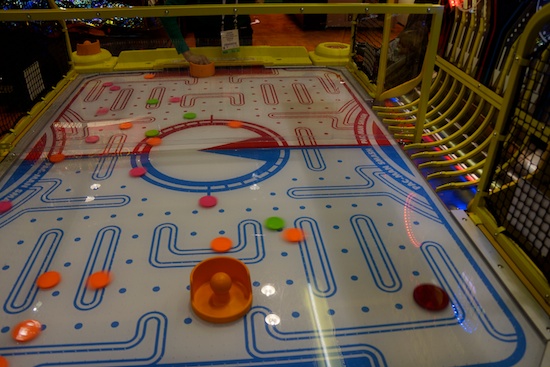 This Pac-Man air hockey game starts out as usual, but at various times during the game, a bunch of small pucks drop onto the playing table. 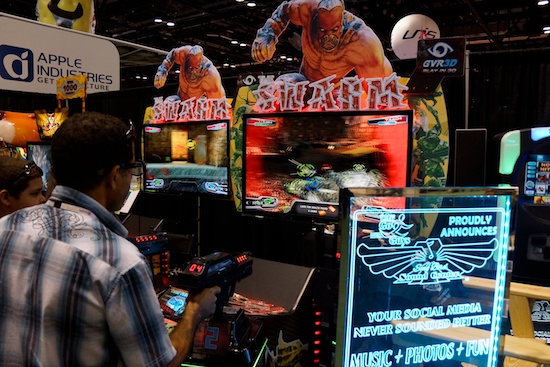 3D is coming to an arcade near you. We also saw a pinball machine with headphones attached – great idea for noisy arcades. 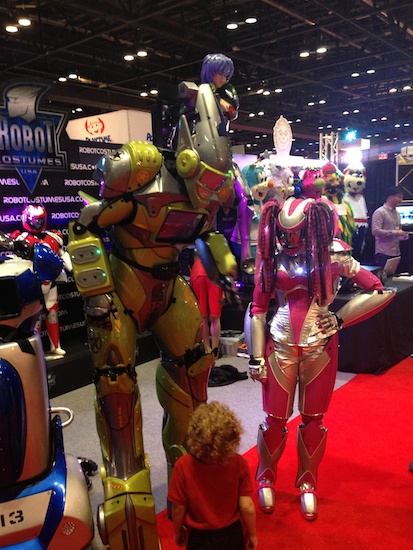 A couple of cool robot costumes with built-in voice synthesizers. 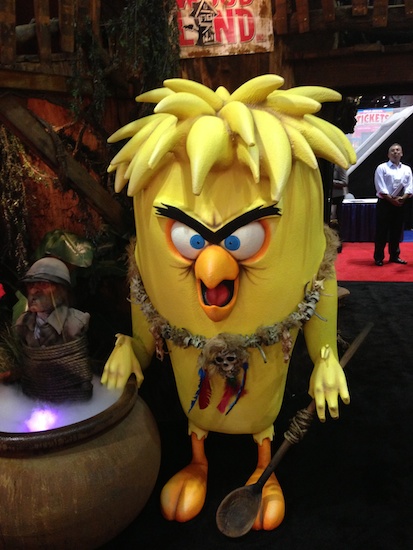 The Hyde version of Tweety Bird. 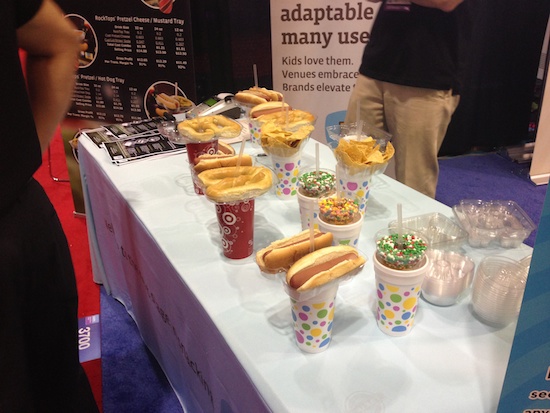 This is a very cool invention I hope makes it to the theme parks soon. These carriers fit on top of your drink so you can carry more and maybe have a hand to open a door.

Our full photo gallery is at the bottom, but here are a few videos we shot on the show floor:

The Expo started for us with the unveiling of SeaWorld’s new ride vehicle for the ride in their upcoming Antartica area:

Ropes courses offered about a dozen different Sky Trail challenges. Walk with us high above the convention show floor:

This cool Air Race ride was featured at the Zamperla booth:

These creatures caught many passers-by off guard at the Scare Factory both:

Ragtime is a manufacturer of self-playing, computer or MIDI controlled musical instruments. Check this one out:

Also don’t miss our video report from the IAAPA Attractions Expo on the Nov. 22, 2012 episode of The Show:

‘Merry Madagascar’ themed Ice! is the highlight of Christmas at Gaylord Palms Resort

Cars as roller coaster ride vehicles! Duh! Why didn’t someone think of that long ago??? Very cool!