Movie Review: Cinderella is well done, but slow at times; Frozen Fever is a delight 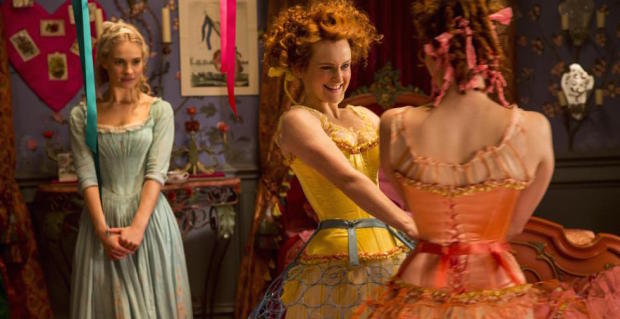 Disney’s new live action “Cinderella” is very well done but the highlight of seeing it in the theaters is the trip back to Arendelle you’ll take in the new Frozen short. 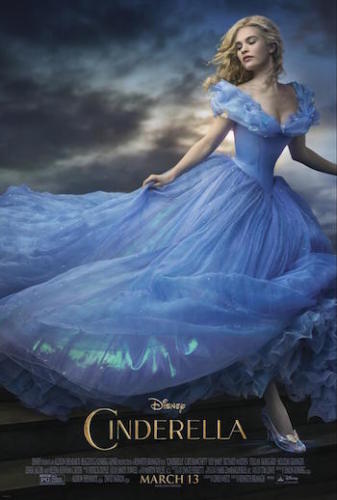 The movie mostly follows the Disney animated version, but it’s expanded and changed a bit. And as I mentioned earlier, Cinderella is just a nickname she adopts. Ella’s dad (Ben Chaplin) plays a much larger part, and you get to meet her mom (Hayley Atwell). This made the movie more interesting, but you know their fate.

Another difference is that this isn’t a musical. There’s no singing. Although the stars do sing during the credits. I thought the way they represented Cinderella’s mice friends was well done. They used computer graphics just enough to animate the mice without taking you too much out of the real world.

The movie was well done, but in expanding it, parts of the movie lost my interest. You already know the story, so unless you’re a true romantic (see my wife’s thoughts below), you may be bored some of the drawn out scenes. I enjoyed the new Frozen short more than the movie itself.

“Frozen Fever” brings you right back to Arendelle sometime after the events of the first movie. The main characters are getting ready to celebrate Anna’s birthday. But there’s a problem, Elsa has a cold. (I guess it did bother her anyway.) I won’t give away any more, but you’ll get to see all of the major characters from “Frozen” and more. It left me wishing I was sitting down to watch a full-length Frozen 2 (just announced). I’m not sure if it was intentional, but I also noticed lots of things in the short that you’ll no doubt start seeing for sale in the parks and Disney stores soon, including new dresses for the girls. I actually want to buy a couple of plush Snowgies for myself when they come out (gesundheit).

There’s no after credits scene, but you may want to stay during the credits to hear hello a Helena Bonham Carter sing “Bibbidi-Bobbidi-Boo (The Magic Song)” and Lily James sing “A Dream Is a Wish Your Heart Makes”.

Cinderella is rated PG. It’s not available in 3D but it is also in IMAX. It is 105 minutes long.

For a different viewpoint, here’s a short review by my wife Jackie:

We all love classic fairy tales! They are whimsical and teach good morals. When they are redone, they have the chance to become even more. This time they did just that. They made the beautiful tale of Cinderella with real life characters. The much loved animated version always made us swoon when Cinderella first sees the Prince. It also made us scorn the wicked stepmother and her two dim-witted, bratty daughters. This live action version gives us all the same emotions, with great special effects and beautiful costuming. It’s well worth seeing, even if you do know the story by heart.

Of course you can meet Cinderella at Magic Kingdom and even walk through her castle (although it doesn’t look like the one in the movie). The golden carriage used in the movie is on display for photos at Disney’s Hollywood Studios through April 11. You can also find some Cinderella-specific merchandise for sale all around Walt Disney World.

The Epcot International Flower & Garden Festival has a limited edition MagicBand, a phone case and some T-shirts that aren’t specifically labeled as “Frozen Fever” but they feature the sisters in their new dresses. I’m sure more Frozen Fever merchandise will be showing up soon.

Here’s the trailer for the movie:

Here’s a look at the Golden Coach when it went through Magic Kingdom at Christmastime:

Here’s a look inside Princess Fairytale Hall at Magic Kingdom where you can meet Cinderella:

And for another mix of Cinderella and Frozen, here’s Elsa transforming Cinderella’s castle during the holidays:

The Walt Disney Company to donate $5...

The exhilarating experience of going ‘Over the...

Tickets for ‘Star Wars: Secrets of the...