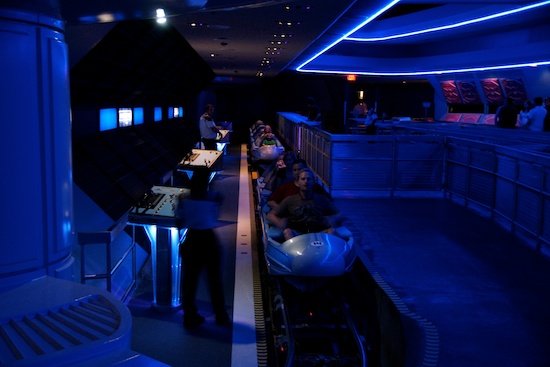 When Space Mountain reopened last year after a seven-month refurbishment, it had many new enhancements such as video games, lighting and other queue enhancements. The track was made smoother as well, but many guests were hoping music would be added to the ride like Space Mountain at Disneyland. Well a year later, they have their wish. 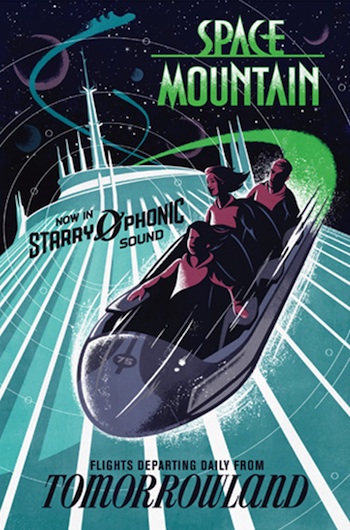 Disney’s “Space Mountain Project Team” said they needed the extra time to test every aspect of the audio technology. Whether that’s true or they just listened to guests complaints, they figured out a way to add the music without a lot of expense or more down time.

Instead of adding speakers to the ride vehicles, 60 speakers have been placed around the track. They’re calling it “StarryOPhonic Sound.” The new composition is exclusive to the Magic Kingdom attraction. It’s sort of a techno/disco sound. Most guests so far like it, but some do not. The music plays on a loop but the sound effects seem to be timed to the ride.

Our friends at jefflangedvd.com held their video camera up to one of the speakers at the exit area of the ride to get this clear audio of just the soundtrack.

• Read more about Space Mountain and its refurbishment in the Winter 2010 issue of Orlando Attractions Magazine.

I don’t like the music. I wish that they would do a musical score with an orchestra instead. I know that it would cost a heck of a lot more to use a full orchestra but it would give the ride a more dramatic feeling, if done correctly.

It has that light, driving, instantly catchy beat that makes DL’s soundtrack so successful though it sounds like a video game. Good attempt, but honestly the lusher orchestration of DL’s really works better – it’s far superior.

I think it’s cool, it’s a space rollercoaster…an orchestra would ‘sound’ better but it wouldn’t fit, this is a fast paced ride and having a detailed orchestra song to fit with it would not work, what Disney did was right, like they basically always do but everyone always doubts them at first. The Space Mountian in Hong Kong has a song similar to this (as in style) and it fits perfectly. Way to go Disney, great choice!!

A look at the food options at...