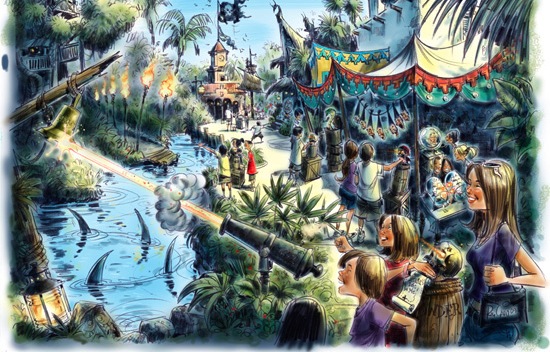 ‘A Pirate’s Adventure: Treasures of the Seven Seas’ is coming to the Magic Kingdom this spring. This new interactive game will be played at various locations in the Adventureland section of the park.

Jennifer Fickley-Baker broke the news on the Disney Parks Blog this morning:

… guests will use a pirate map and magic talisman to help them complete five different pirate raids throughout Adventureland. The goal is to help locate different Treasures of the Seven Seas and fight off pirate enemies like the Royal Navy and Captain Barbossa, among others. If guests help Captain Jack succeed in all the missions, they’ll be welcomed as part of his new crew. If not, they’ll face the wrath of the cruel sea – alone.

We’ve previously reported on signs of the new interactive game popping up around the area. Here are some photos of what we’ve spotted: 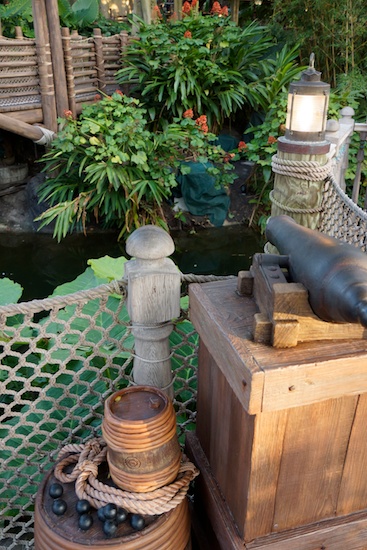 This cannon looks a lot like the one the family is shooting in Imagineering’s concept art at the top of the page. Also notice the green tarps across the stream. 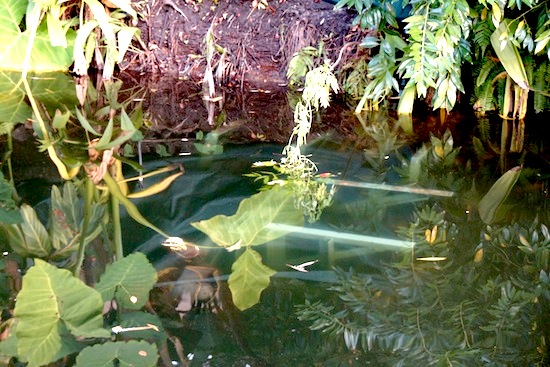 Further down towards the Jungle Cruise ride, we spotted a skeleton with a pirate hat on in the water. It looks like he’s on some sort of mechanism that will lift him out of the water. 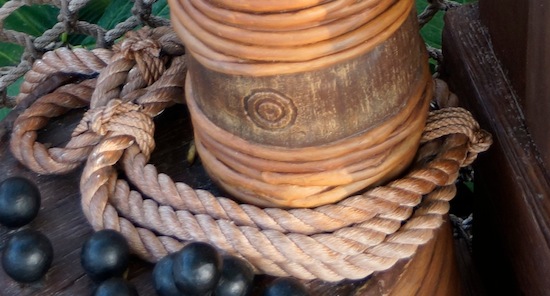 We noticed this symbol on a barrel and other symbols elsewhere in Adventureland. We assume it’s part of the game. 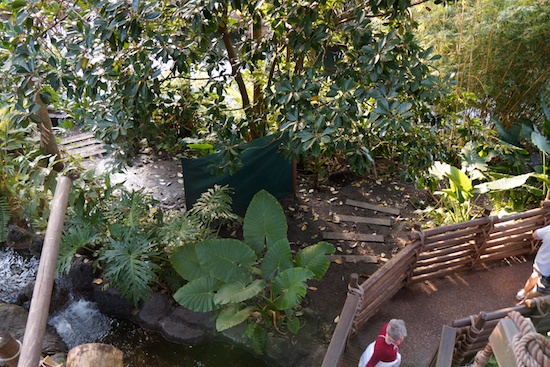 We took this photo from the Swiss Family Treehouse. You can see a lot of land has been cleared and boards to walk on have been placed.

Stay tuned to our website, show and YouTube channel for more details and a full walkthrough of the game when it launches.

SeaWorld kicks off ‘Epic Voyage’ tour for the new Antarctica: Empire of the Penguin attraction

I cant wait to take my family and see the new pirate game at Disney this summer. We love as a family to play the pirate game online.

How fun! My kids absolutely love pirates games. Especially my boys so they will love this.