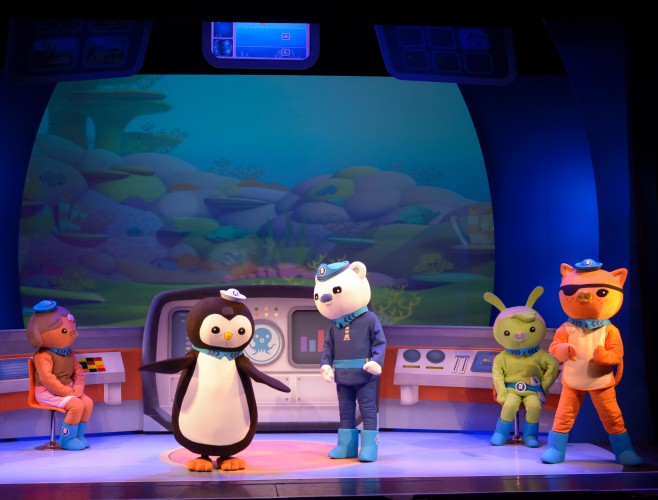 The Octonauts dive into Orlando’s Dr. Phillips Center for a Deep Sea Volcano Adventure on December 3.

Get set to explore, rescue, and protect, because a brand-new interactive children’s stage show based on the hit Disney Junior television show and popular children’s book series The Octonauts dives into Orlando’s Dr. Phillips Center on December 3.
The Octonauts and the Deep Sea Volcano Adventure (www.octonautsliveus.com) features brand new and fan favorite songs led by the entire Octonauts eight-member crew including Captain Barnacles, Lieutenant Kwazii and Medic Peso, as they invite audiences aboard an underwater quest through a world full of adventure, interactivity and tons of sea life surprises. The tour will head coast-to-coast visiting more than 60 cities, including Orlando on December 3, 2016 at 5 p.m. in the Walt Disney Theater.

The tour comes on the heels of new Octonauts episodes premiering throughout the year on Disney Channel and Disney Junior. Seasons one, two and three are also available on Netflix, and the first ever Octonauts 4D movie adventure is coming later this year.

“We are calling on all cadets and their families across the country to assist our very dynamic team of adventure heroes on their fast-paced, exciting underwater adventure,” says Jonathan Shank, executive producer at Red Light Management. “This stage show is packed with sing-a-longs. Audiences can expect a high level of interactivity with their favorite characters on stage.”
The Octonauts will be the official mascots for World Oceans Day, June 8, at participating zoos, aquariums and museums. In addition, many new Octonauts products continue to roll out as part of key licensing deals with Fisher Price, Penguin, Ncircle and Leapfrog.

The Octonauts live show consists of two acts each running about 30 minutes, plus a brief intermission. For more information, visit www.octonautsliveus.com or www.facebook.com/octonautslive.

Cheerleading and dance team venue to be...