Out of the Loop: Cedar Point's Demon Drop heads to Knotts Berry Farm 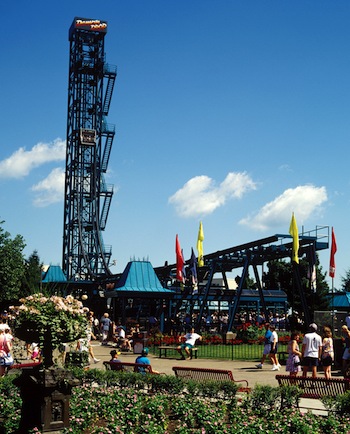 Top Thrill Dragster “as you know it” has...

I rode this once aprox. 15 years ago. Still is a scary ride.

Agreed – still scary and empty those pockets. Whether you’re on your way to Knotts or Cedar Point – better have a plan for you wallet, cell phones, car keys, etc if you’re going coastering! Most places, you’ll never get stuff back even if it’s in plain sight!

You’re mixing up two rides the Magnum XL and Millennium Force. I just learned about this since I haven’t been to Cedar Point in a few years. I did love that ride, and I’m sure the maintenance crew loved the spare change it collected. XD

Katie – you’re correct. I meant Magnum XL which I always think of as the forerunner to Millennium Force. So, in my mind, the names melted together. In many ways, I prefer Magnum to Millennium.

Thanks for your comments.

Also, as an update to this story. The move to Knott’s was cancelled, but the ride still moved.

It was set to reopen at Dorney Park in Allentown, PA. They are open weekends, and the ride is listed on their website, but I don’t have confirmation as to whether the ride is open yet.

i don’t like that they moved this, i am a thrill seeking teenager & i love this ride. i hate that it’s not there anymore 🙁

I am sorry it’s gone too. But, this is a good excuse to make a weekend trip to Cincinnati and Kings Island. They have the Drop Tower that is higher than Demon Drop and the view is spectacular. Riders have seat in a giant ring facing outward. As it rises it slowly spins giving a great 360 degree view of southwest Ohio. Also, the Diamondback, Beast, Racer, and Invertigo are coasters not to be missed!

Out of the Loop Andy

i rode all those rides; i went to kings island for a band competition about a month ago…yeah, the drop zone is fun. but hey, if CP takes out demon drop, they might be putting in something else? i hope.
i will miss it.

Cedar Point has promised a new thrill ride for 2011, but no word as to what kind of thrill ride. Media, like me, guess coaster because they haven’t had a new one for a while (I think Maverick was the last). Also, Six Flags out in Cali threatens their of “most coasters” title. They were to pull to a tie this year, but Six Flags delayed the construction of their family coaster to 2011.