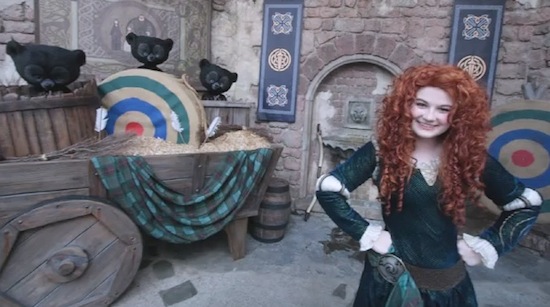 It’s a cracking week sizzling with new stuff in Orlando, as Legoland opens its new water park over the Memorial Day weekend, Disney unveils summer-themed projections for its nighttime castle show as well as Meet Merida, Universal has an automated PhotoPass-style camera system and a new store in the studios park, themed to Spongebob SquarePants. Plus lots of other little goodies like a Brave sand sculpture in Epcot, changes in Legoland to the carousel and former butterfly house, and a goodbye to Snow White. All that and a quick look around Fantasyland!

PARKsaver: A day at Discovery Cove now includes admission to SeaWorld and Aquatica