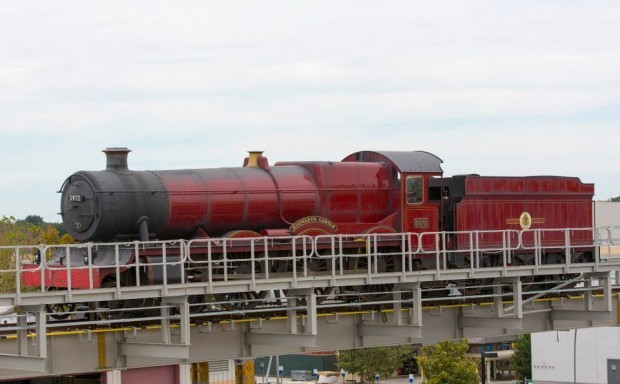 Universal Orlando today posted their first official pictures of the Hogwarts Express being installed onto the tracks that will make up a new experience when The Wizarding World of Harry Potter expansion opens in spring 2014. 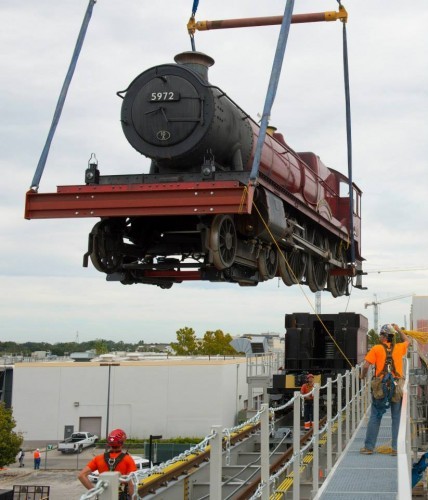 The train will take guests from the new London/Diagon Alley expansion in the former Jaws area at Universal Studios Florida to the original Hogsmeade area in Islands of Adventure, and vise versa. The experience is rumored to give guests the feeling of traveling through the countryside on the way to Hogwarts/London with some surprises along the way.

In these photos released by Universal on their Facebook page, you can see the locomotive being placed onto a track that runs backstage between Universal Studios and Islands of Adventure. This new Hogwarts Express though is not to be confused with the locomotive that has been at the entrance to Hogsmeade since the Wizarding World opened in 2010. That is still currently there, but no word if that will remain once the working Hogwarts Express opens next year.

UPDATE (10/25/13): Seth Kubersky on Facebook took the following pictures of the Hogwarts Express from a backstage area that was being used for Halloween Horror Nights. They show one of the locomotives on the track while a second locomotive and train cars wait to be installed. 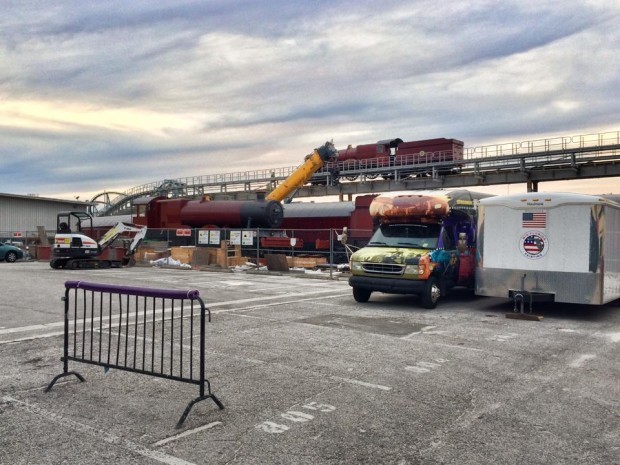 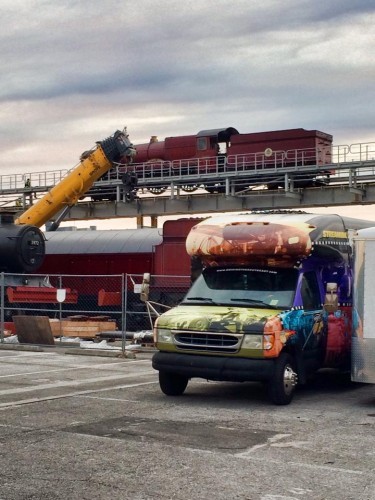 Why the train was gone?