It’s fair sailing for Captain Jack Sparrow and his mate Mack, as they performed their last Pirate Tutorial stage show in the Magic Kingdom this past week. 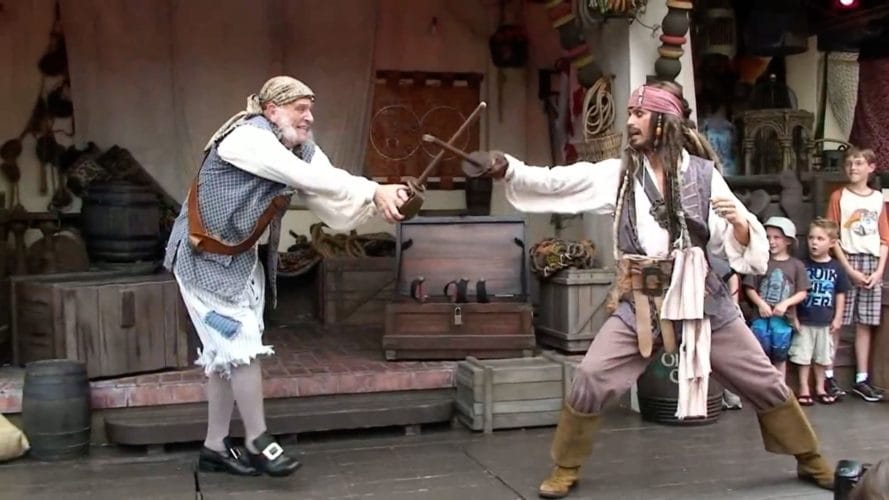 The show was quietly closed on Sept. 29 after 12 years of performances, originally debuting in 2006.

In the show, Captain Jack and Mack would recruit children to join his crew and learn the ways of pirating through sword fight training. Four children would face Mack, distracting him with “Look! It’s Blackbeard’s daughter!” before running away. The fifth and final child would go up against Sparrow himself, who would then oath all the new pirates before making his hasty escape.

Guests can now encounter the Captain in a regularly-scheduled meet-and-greet at the former Pirate Tutorial stage. Daily set times can be found on the My Disney Experience app.

Check out our video of the former Pirate Tutorial stage show below:

Will I be able to meet him during December?

As far as we know, he meets daily on the Pirate Tutorial stage in Adventureland.