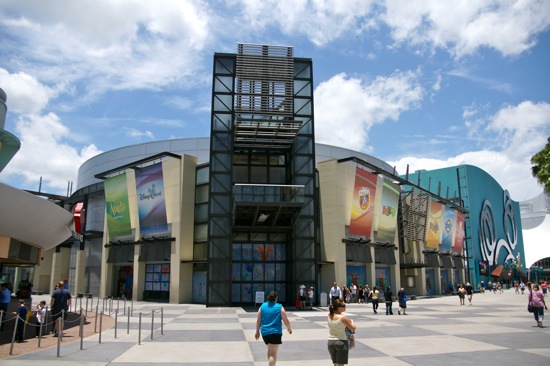 If you were wondering what would become of the former home of the Virgin Megastore at Downtown Disney, wonder no longer.

Beginning in early July, the People’s Princess Charitable Foundation, Inc. (PPCF) is bringing a new exhibit of royal artifacts called “DIANA–The People’s Princess” to that location. The limited-time experience showcases the life and story of Princess Diana, including a sampling of the royal dresses she chose to auction for charity and hundreds of authentic artifacts relating to her life.

The exhibit will consume the 17,500-square-foot former retail store and will feature:

Some of the items on display will be:

Unlike Virgin MegaStore, you will need to purchase a separate admission to the “DIANA–The People’s Princess” exhibit.

See it while you can: Stitch's Supersonic Celebration closing for good

This is truly something the entire family can enjoy together. And since this is Disney World, isn’t that what it’s all about?

This does not interest me at all. It sounds like it will be boring in my opinion and having to pay almost $15 to see it does not catch my interest. Its a “skip-it” for me.

This is an awful idea! what muppet thought of this!

horrible.. really really horrible. We were left out of a job for this nonsense. OKay

Bring back the megastore! I want music!

Don’t forget that all virgin Megastores are closing. It wasn’t an issue of someong thinking a Princess Diana exhibit would be great, let’s kick out Virgin.

I think this is a good move for Disney. They are stepping outside their box here and trying something new! I can’t wait to see it!

Really retarded. It’s gonna be ridiculously boring. Way to dissapoint those of us who visit downtown disney frequently. Good move on their part though, gonna bring in alot of money with the European tourists. I hope to the lord they come up with some better by for the facility after November 30. (Imax theater maybe?)

All you whiners who are not interested in this (lol)… at least it’s not something permanent. Only until November. But what then?

WOW — Glamour and royalty at Walt Disney World! ‘Hope the Diana exhibit comes to ‘Vegas next.

With so much to see at WDW, I think I’ll pass on the Diana exhibit thing. Wife and I can spend the $30 on something else.

I’m glad that Walt Disney World provided for this exhibit. I think that people from all over the world will really come to know the real, “Diana”. Also glad that the old Virgin Megastore can be used for something very unique.

The exhibit is a great idea. I think that William and Harry would be very proud of Disney honoring their mother with an exhibit that depicts her life and the way that she touched the world all over. Afterall, she took them to Disneyworld when they were very young to show them ordinary fun. I hope that people will take the time to see the exhibit and decide from it whether it is worth seeing.

I think that the exhibit is a great idea. I’m sure that William and Harry would be very proud that Disney is honoring their mother with such a wonderful exhibit of her life and the contributions that she made to the world. Afterall, she took them to Disneyworld when they were very young just to let them experience just plain fun. See the exhibit be fore making comments about it. It may surprise you!

This is the best idea since that exhibition of Hard Rock items on I Drive (Vault?)
No wait, it’s the best thing since the exhibition of Titanic items that replaced the Hard Rock museum when it closed within weeks due to lack of interest.
No wait, it’s the best thing since the long running exhibit of a white elephant that replaced the titanic exhibition when it closed down due to a complete lack of custom.
That’s what families come to Orlando for – museums! This idea just can’t go wrong!