Disney’s Thanksgiving movie release this year is “Ralph Breaks the Internet,” a sequel to the splashy 2012 video game-themed film about unlikely friendships that wrecked the hearts of many.

This fall, those beloved characters will be thrust into the world wide web when the arcade introduces WiFi for a story that will resonate with viewers of all ages – especially for the Internet aficionado. 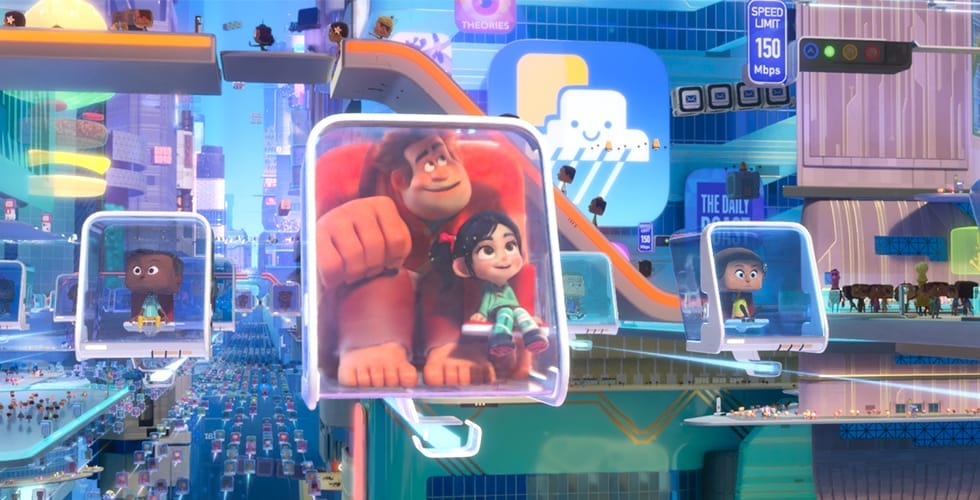 Ralph and Vanellope first enter the world of the Internet.

“Wreck-It Ralph” itself is a completed story. Ralph and Vanellope defeat King Candy to restore balance to Sugar Rush, Vanellope embraces her glitch, and they live happily ever after in Litwack’s Arcade.

However, a single line of dialogue left writers and directors Rich Moore and Phil Johnston feeling there was more to unpack.

“After going friendless for the whole movie and then finally making a friend, he’s back home and says, ‘If that little kid likes me, how bad can I be?’” said Moore. “And it seemed at the time, it’s so sweet. It’s a wonderful sentiment. But then as we continued to kind of pick at it, we said, that’s really, really dysfunctional. That this guy is defining himself by what his best friend thinks.” 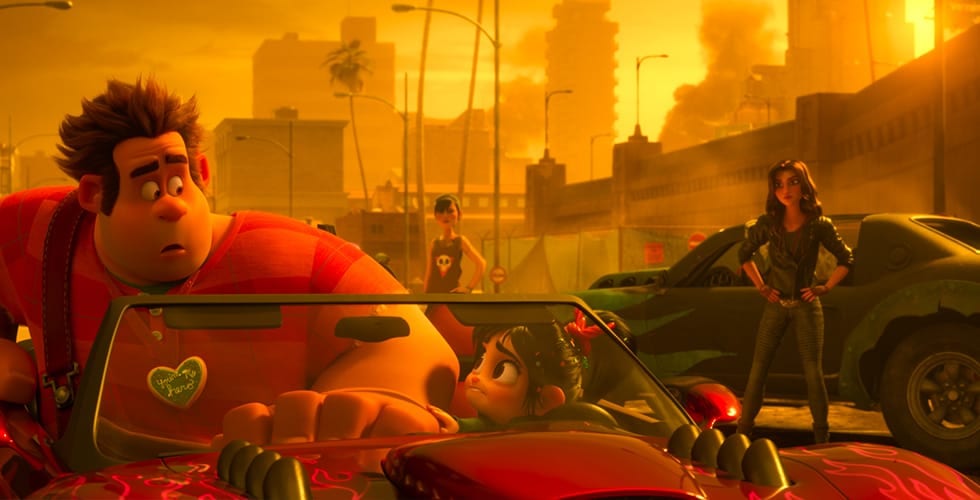 Vanellope attempting to steal Shank’s car during a visit to the racing game Slaughter Race.

That candy-headed best friend voiced by sharp-witted Sarah Silverman also became an instant fan-favorite. Johnston wanted to develop her story further, putting the racer more in the forefront of this film. She even runs into the infamous Disney princesses. Silverman says those viral sneak peeks offer more than comedic effect.

“Disney has taken on progress and inclusivity and has grown and changed in positive ways,” said Silverman. “Boys are not raised to think that they ever have to sacrifice comfort to be loved. I love that Vanellope kind of sheds light on these grown-up princesses that are uncomfortable hanging out.”

That theme of insecurity plays the biggest role in “Ralph Breaks the Internet,” as Ralph takes a look at himself and his relationships.

“The arcade is like the childhood kind of arena of their friendship and the Internet represents the sort of larger world beyond as they grow and mature,” said John C. Reilly, the voice of Ralph. “I think a lot of kids and adults are finding a lot of stuff in the film that they can really relate to in terms of the way relationships evolve.”

That message is a powerful one and is successful for even the younger viewers. But not to leave out the adults, grown-ups are going to find a ton of humor in how the Internet is brought to the screen.

From the personification of pop-up ads to the shady terrain of the dark web, grownups will have some laugh-out-loud moments at some deep cuts. A crumbling Geocities is for sure going to take a millennial back in time. 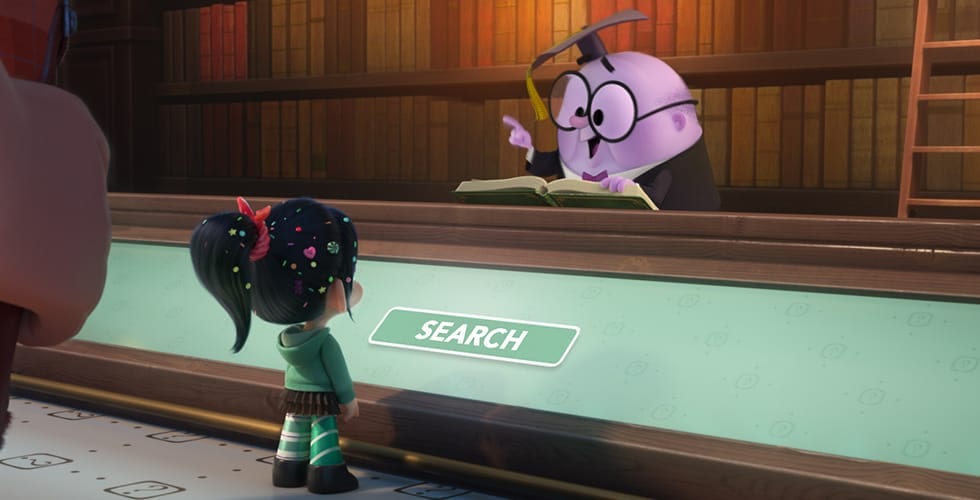 Fans of the first film will be happy to know that all of the original characters return in “Ralph Breaks the Internet,” including Fix-It Felix, Calhoon, the Sugar Rush racers and Nicelanders. But the new characters our duo encounter on the Internet will be immediate favorites.

A colorful cast of characters serving up impactful takeaways is Disney’s specialty. Those elements among a creatively represented backdrop as vast as the Internet is sure to make this one a hit over the holiday weekend. “Ralph Breaks the Internet” wrecks theaters on Nov. 21. Tickets are available now.

Want more insight into the film? Watch the entire press conference, as well as Tiffany’s video review of the film, below: