Recap of A Celebration of Harry Potter 2016 at Universal Orlando 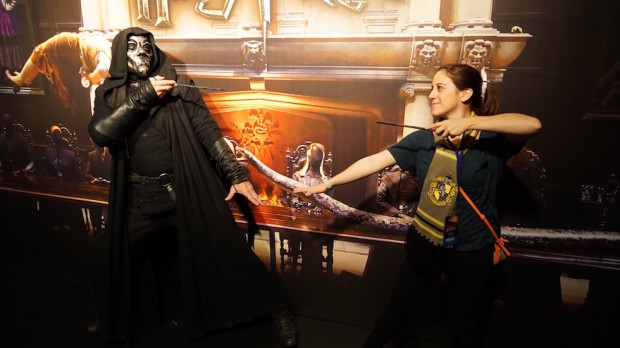 This past weekend, fans from around the world came together at Universal Orlando Resort for the third annual “A Celebration of Harry Potter.”

As part of the opening ceremonies, a special fireworks show was held behind Hollywood Rip, Ride, Rockit set to the iconic music of the film series.

Opening Night Fireworks for A Celebration of Harry Potter 2016

The cast of Harry Potter sat down and answered some fan questions at a Q&A panel.

With the recent passing of Alan Rickman, who portrayed Severus Snape in the Harry Potter films, the attending cast and fans paid tribute to the actor in many ways. Below you can hear the casts’ thoughts about Rickman and see a gathering of fans outside Diagon Alley honoring Rickman’s legacy. The gathering was put on by the Potter fan site, Mugglenet.

Did you know that there are now six different types of Butterbeer offerings inside The Wizarding World of Harry Potter? While we were at the event, we sat down to taste test each one.

“A Celebration of Harry Potter” is an annual event that is free with admission to Universal Orlando. Be sure to watch for our segment about the event on the Feb. 4, 2016 episode of Orlando Attractions Magazine: The Show.

So much Legoland news! – The Attractions Podcast