Spot Bigfoot at Gatorland this weekend and win prizes 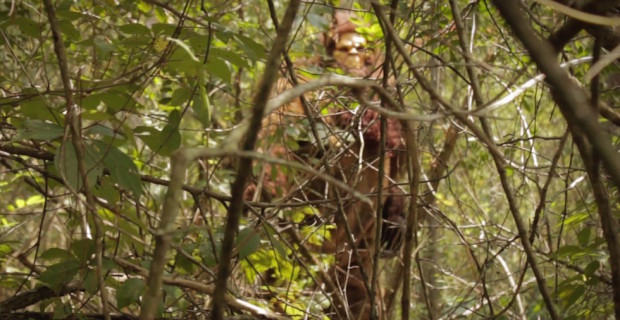 Is the legendary creature known as Bigfoot making his presence known at Gatorland? Guests can visit this weekend to see for themselves and win prizes.

Recently, Gatorland’s phone receptionist received several calls from guests inside the park claiming to have had encounters with what could only be described as a large, hairy ape walking on his hind legs. Guests described strolling along the eerie and uninhabited portions of Gatorland’s Swamp Walk, only to be startled by the sound of rustling brush, splashing water, and strange “grunting” noises.

Some even claimed to have captured quick glimpses of a brown-furred creature disappearing into the thick foliage of the swamp. These guests were shown photos of some hairy Gatorland employees and they quickly determined that it was not Bubba they saw creeping through the swamp.

These reports prompted several Gatorland employees to come forward with stories about their own similar experiences. Intrigued, Gatorland launched an in-house investigation into the plausibility of these Bigfoot sightings. Witness interviews were recorded and compiled, and one thing was very clear: each of the witnesses were absolutely convinced they had seen something incredibly unusual while visiting the “Alligator Capital of the World.”

But like most sightings of giant ape-like creatures in other places around the world, there was little physical evidence to support the idea that Bigfoot had made its way to Gatorland. Deeper probing into these bewildering stories began to point to the strong likelihood that the sightings were either Bigfoot, or perhaps a close relative known around the great state of Florida as the Skunk Ape.

“We were a bit amused at the first phone calls,” states Mark McHugh, Gatorland’s president and CEO. “But as the sightings became more frequent, we felt a full blown investigation was in order. We do not believe there is a safety risk for our employees or guests, since the creature appears to be quite shy. Our efforts are focused more on gathering scientific information to support the presence of this mysterious beast. We have discovered, however, that there is a large number of folks around the park that absolutely believe Bigfoot or the elusive Skunk Ape is roaming our swamps.”

In honor of the ongoing research, Gatorland will be hosting a Skunk Ape Weekend Oct. 25 and 26, 2014. Park Guests can view the Unresolved Mysteries “mockumentary” and learn more about the Florida’s own mysterious cryptid from experts in this remarkable field of exploration from the Skunk Ape Research Facility in Ochopee, Fla.

Guests are encouraged to support this investigation by conducting their own search for Bigfoot throughout the park on this adventure packed weekend by participating in the “Bigfoot Tracker” scavenger hunt that features different life-sized Sasquatch cut-outs hidden throughout the park. Participants who find them all, must snap a picture and post them to their Instagram page with the hashtag #GatorlandSkunkApe. Participants will be entered to win a gift package valued at over $500 including a Trainer-for-the-day package and much more.

Based on their exhaustive research, Gatorland has compiled a brief biopic that documents the improbable existence of this mythical creature. This epic documentary, although littered with Gatorland’s kitschy humor, is guaranteed to leave its viewers scratching their heads and trying to answer the timeless question for themselves, “Do you believe in Bigfoot?”

To find out more about Gatorland,” head to www.gatorland.com. For more information on the Skunk Ape, visit SkunkApe.info.

Gatorland will be bringing alligators and more...