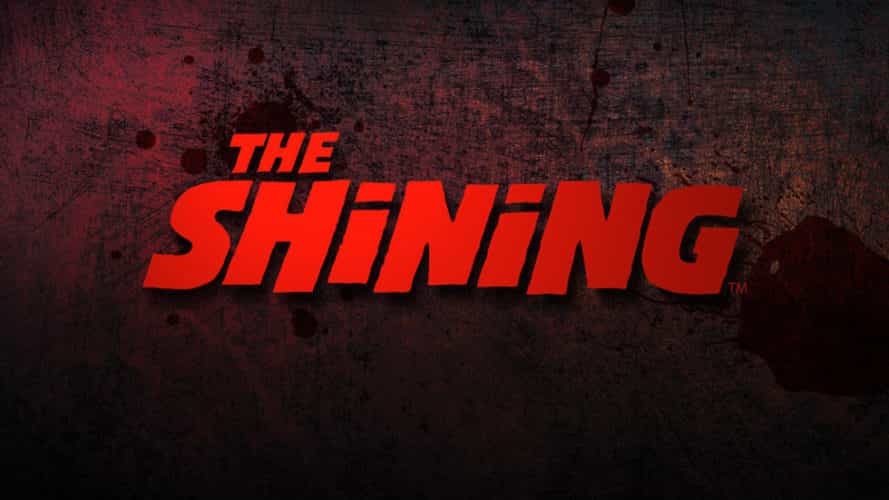 Get a sneak peak inside Insidious and The Shining at Universal Studios Hollywood’s Halloween Horror Nights 2017.

Our intrepid Attractions Magazine reporter Jonathan Rushing was recently given a behind the scenes tour of the mazes based on the films The Shining and Insidious, which will debut this Friday, Sept. 15, alongside the rest of Halloween Horror Nights 2017 at Universal Studios Hollywood. Here are some insider tidbits shared by Halloween Horror Nights (HHN) Designer John Murdy and Art Director Chris Williams to help you prepare for the terrors to come:

The Insidious maze is located in the bottom lot next to the Jurassic Park line, where Halloween II was last year. This is the first time Universal Hollywood has created a maze based on a movie that hasn’t been released yet. (Insidious: The Last Key is scheduled for release Jan. 5, 2018.) The first half of the maze is based the new film, then the back half touches on the first three films. 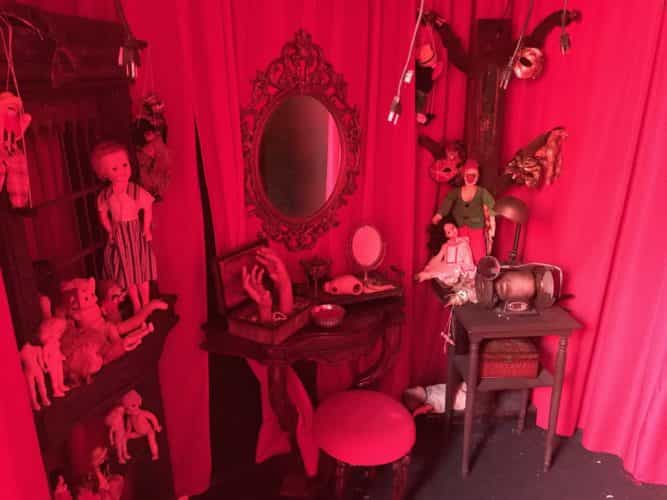 An example of “The Further” in the maze.

Doors are a big part of the Insidious franchise; they use red doors to symbolize you’re leaving the real world to the “Further” realm of the demons. The Further takes place in the 1950s, and it makes victims relive the murders they committed over and over for all eternity as part of them damnation. It features a “fallout shelter creepy duck boy” character who is your guide and points your way through the maze. 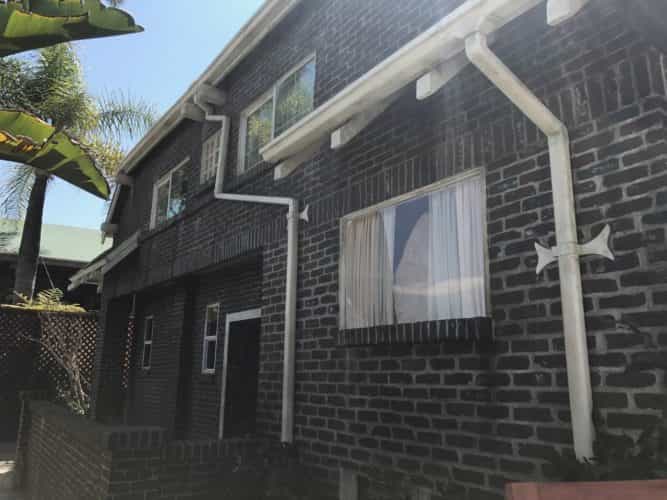 The facade of “Insidious: Into the Further.” 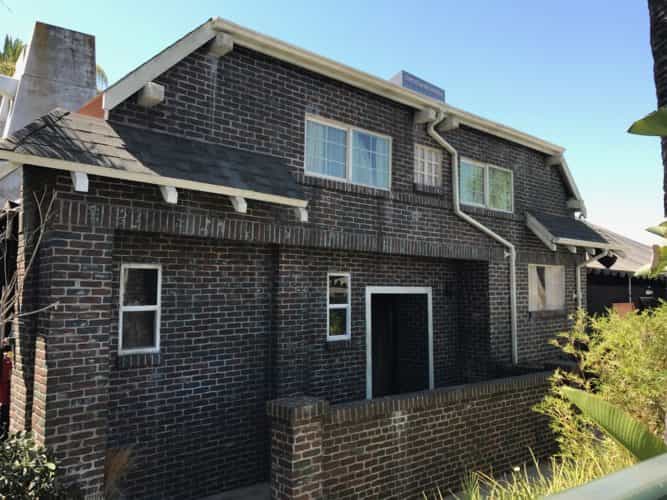 HHN performers are performing live theater to a new audience every 10 seconds; they do the same act about 60,000 times per season. Performers are on set for 45 minutes, then they take a break. Monsters (or “scare actors”) at HHN can trigger their own sound effects, and use buttons and monitors to help scare people. HHN tries new ways to scare people every year, such as pumping in smells or using digital monitors to watch guests and catch people off guard after they take a break. The maze also use a lot of scrim projection effects that allow monsters to open “portals” to scare people. 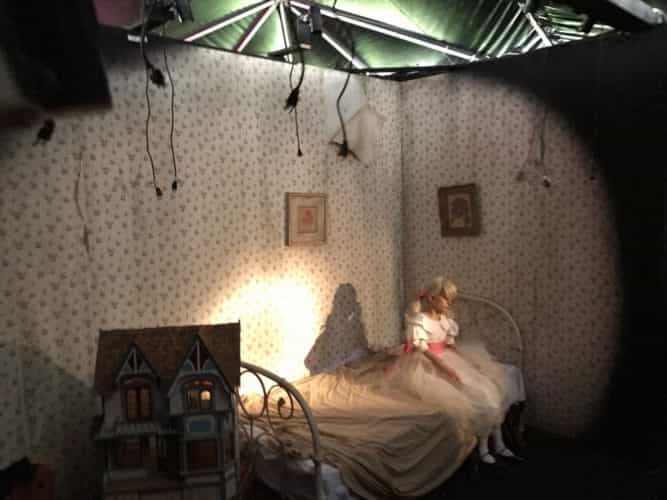 One of the rooms in the “Insidious” maze.

The makers behind the mazes get the scripts of the films, and just as scripts change, the mazes will have to get changed too, in case characters are taken out of the film. The completed Insidious maze will include the Red Demon’s lair, with creepy puppets from the first Insidious film; a child’s bedroom from the second film; and a red elevator from the third. Finally, you’ll return to the fourth film and find the red prison door, where you’ll face the a final scare.

The Shining maze is located where The Exorcist maze was last year. According to Murdy, The Shining is such an old movie, it’s hard to go back and reference, so they have to build everything from scratch, and about 75% of the guests who will go through the maze haven’t seen the film, so the designers wanted this maze to be “more visual than people just jumping out at you.” 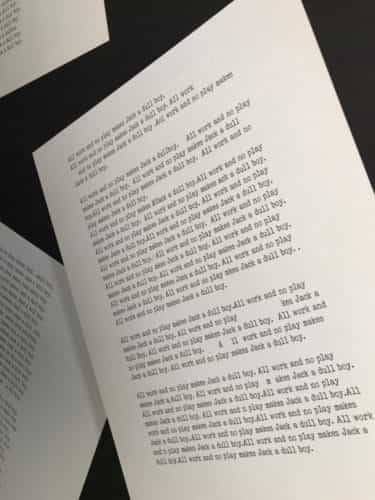 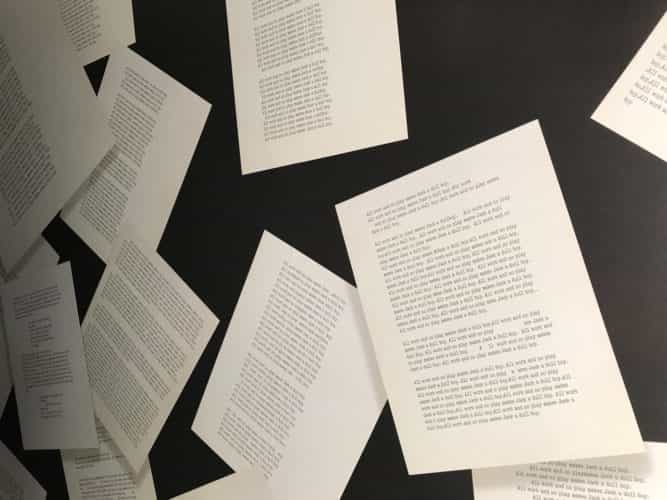 The Overlook Hotel is massive, and the maze starts and ends in the hedge maze, which serves as a bookend for the haunt despite only being in the movie for a few minutes. The first thing you see beyond the hedge maze is the Redrum door, which is going to be blasting white light as REDRUM appears on the door. The next room is going to be the Colorado Room, with a digital video of Jack typing on his typewriter and old photos from the film on the wall; followed by a room filled with papers saying “all work and no play makes Jack a dull boy.” 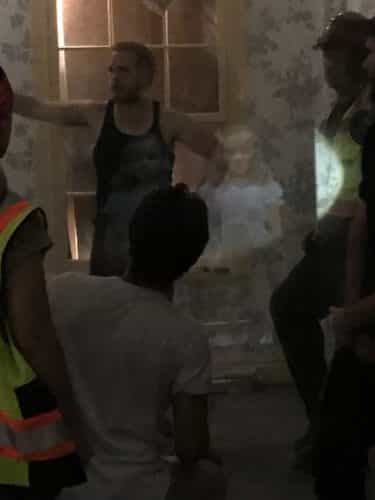 A sneak peek at the Grady Twins Pepper’s Ghost effect.

The ghostly Grady Twins in the hallway will be achieved through a “Pepper’s Ghost” technique (just like the Haunted Mansion ball room) using a big piece of plexiglass; they’ve been working on this scene for months due to the science behind it.

Other key elements of the maze are the famous patterned carpet; Room 237, with the beautiful women who transforms into a hideous corpse; the Gold Room; and even the man in the bear suit. The iconic elevator full of blood will be recreated using screens showing 4K footage from the film, and of course you’ll join Wendy in the bathroom for the big “Here’s Johnny” moment, before finding Jack frozen outside at the exit.

In an interview, Murdy said he has tried for 10 years to do an Exorcist maze, and was finally able to do it last year. Getting the rights to The Shining proved just as challenging, since the Kubrick estate has to approve and check off anything in the maze or about the maze. Universal is paying Warner Brothers licensing for all The Shining materials.

Get prepared to face The Further at Halloween Horror Nights 2017 with this video of the Insidious maze from 2015, and check out a preview video for the event below: