Solar eclipse was uneventful at Disney World, but we got a cool time-lapse video anyway 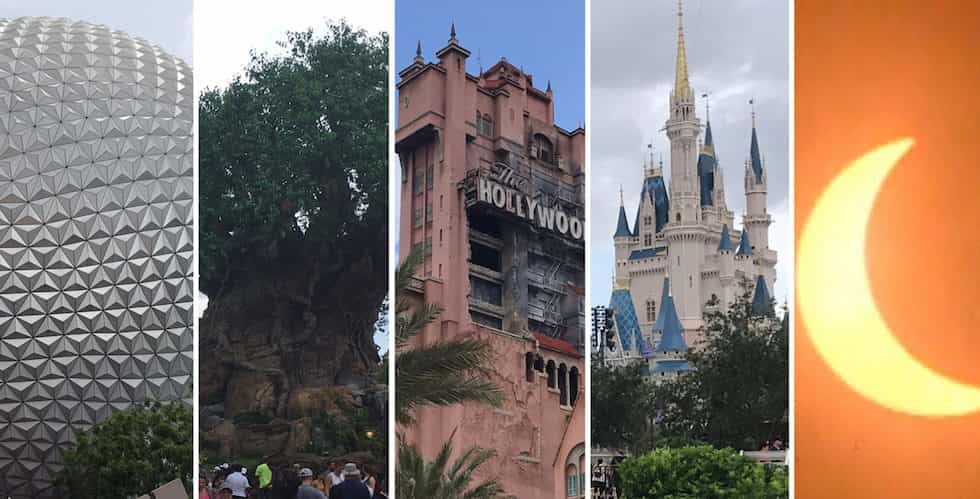 Our reporters Banks Lee, Tharin White, Quinn Roseboom and Matt Roseboom split up and filmed each Disney World park during the solar eclipse.

We had big plans for recording the solar eclipse as it got dark at Walt Disney World. Yes, we knew it was only 85% coverage in Orlando and most of Florida, but Disney was telling cast members that areas of Disney’a Animal Kingdom would close as it got dark in the park, so we were hopeful there’d be something interesting to see.

While we did get a very cool time-lapse video from each Disney World theme park icon at the same time, it didn’t really get very dark. Here’s what we experienced. 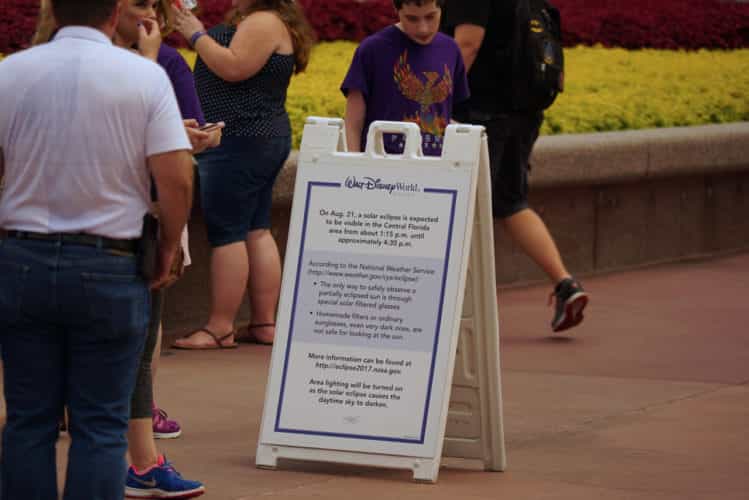 Both Disney and Universal Orlando had signs out warning guests about the eclipse. 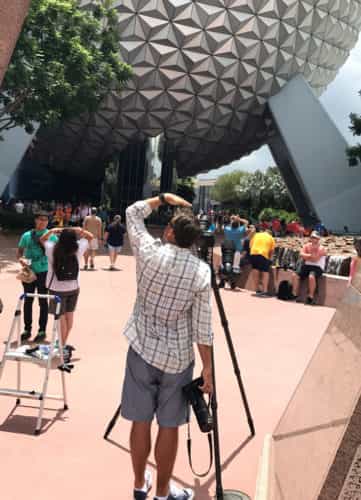 Official Disney photographers were set up alongside others with tripods to capture the eclipse with Spaceship Earth in the foreground. 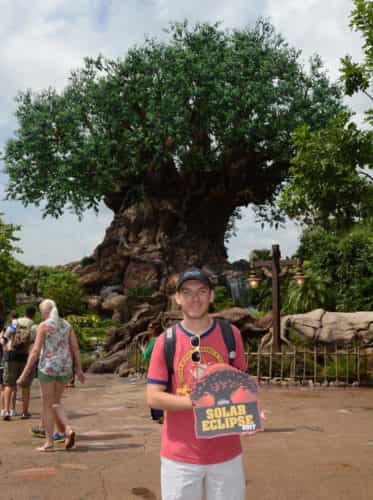 A PhotoPass opportunity at Disney’s Animal Kingdom for the special event. 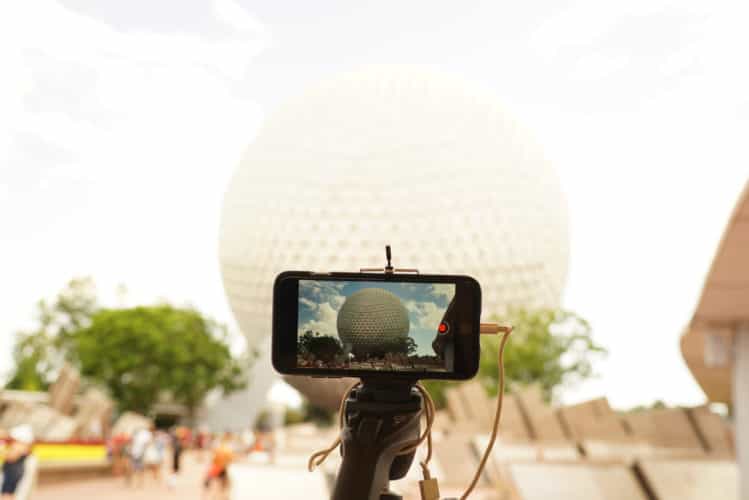 Our camera/iPhone set up at Epcot to record a time-lapse of the solar eclipse. 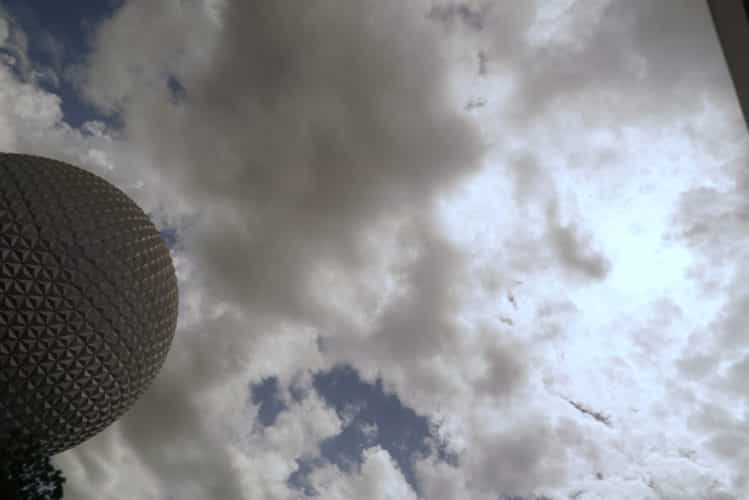 The sky at the peak time with the most coverage. As you can see, it’s still pretty bright. 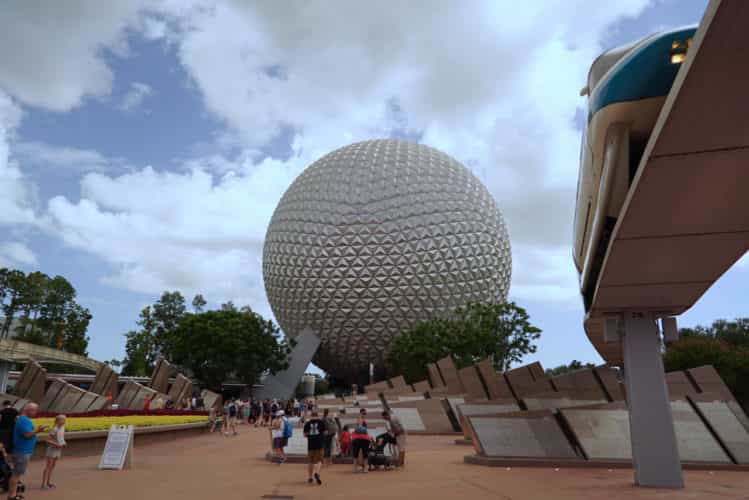 Here’s the time-lapse we created. As you can see, you can’t really tell a solar eclipse is happing in the park, but it’s still a cool video of all four parks.

Review of Disney After Hours event at...

Once you’ve ridden Rise of the Resistance,...