The seventh annual Entertainment Designers Forum will feature some of the top creative minds behind Central Florida’s theme parks and a silent auction of theme park memorabilia for charity.

If you’re interested in how some of your favorite attractions, events and shows are created, you won’t want to miss it. Sessions will be held at 6:30 p.m. and 9 p.m. on March 4, 2016 at the Orlando Repertory Theatre. In between sessions is your chance to bid on some rare items during a silent auction. The auction will feature theme park memorabilia, original artwork, collectibles and more.

Each session will feature different panel members who will discuss their styles and philosophy of designing theme parks, and tell inside stories about the making of special events and attractions. New this year, the 9 p.m. session will be entirely devoted to the design process and fruition of The Skoolhouse & Pumpkin Alley from Halloween Horror Nights 2008.

Panel members for each session include:

You can see some of the items up for auction, panelist updates and more on the Entertainment Designers Forum’s Facebook Page. 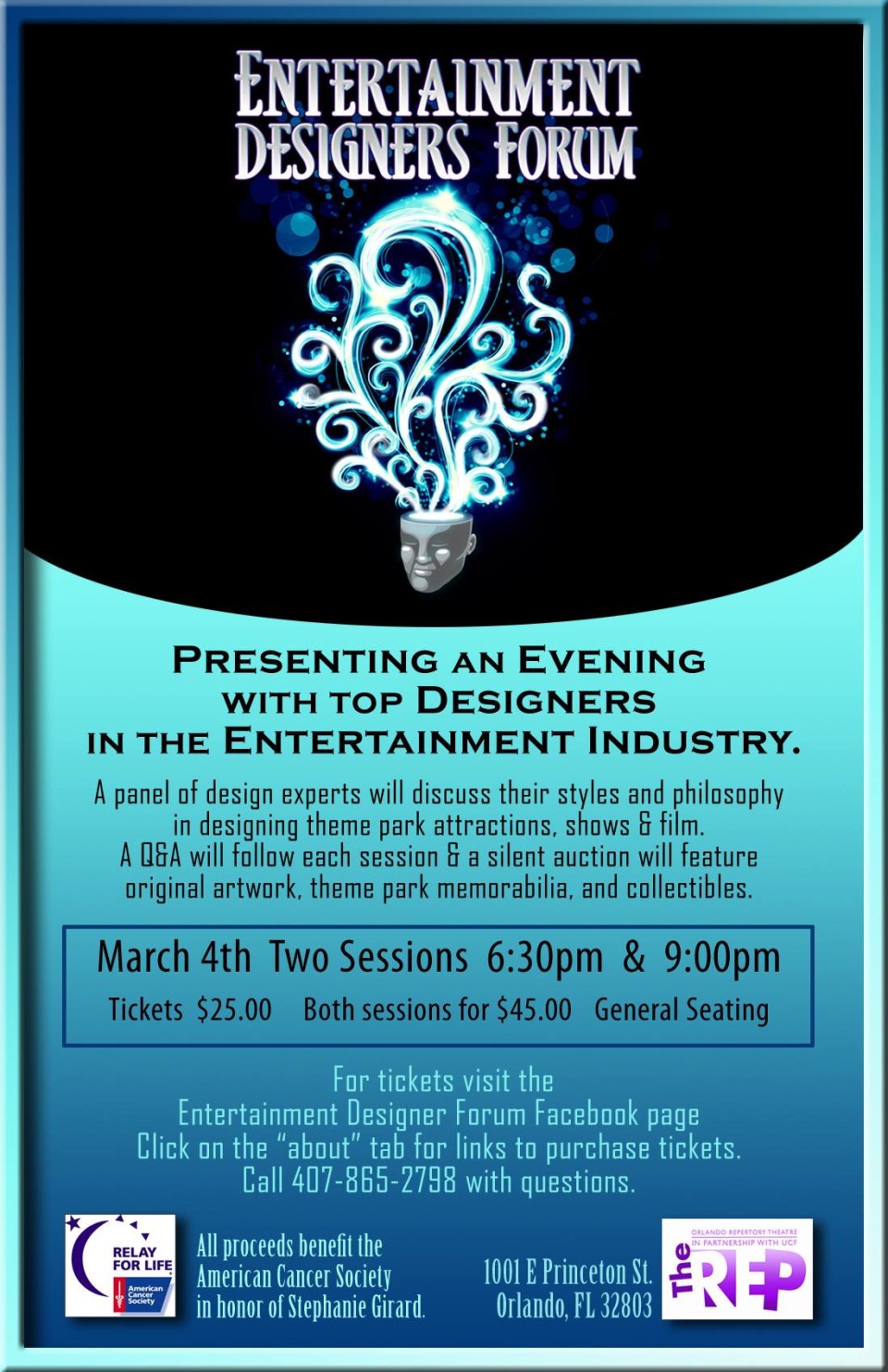 Taste over 50 craft beers at Universal...