Nearly 300 students from Hong Kong and mainland Chinese institutions participated in the recent 2018 Disney ImagiNations Hong Kong Design Competition 2018, and the winners going to Glendale for their “Time-Quake” idea. 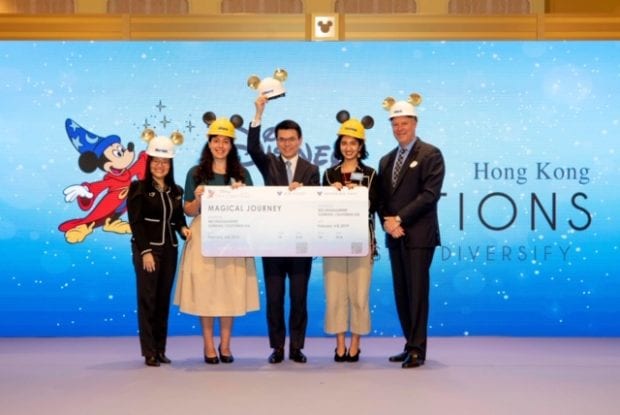 Dilara Polat and Yasmin Baratova, students from SCAD Hong Kong who were born in Turkey and Uzbckistan respectively, won this year’s Disney ImagiNations Hong Kong Design Competition for their attraction concept inspired by the Temple of Artemis, one of the seven wonders of the ancient world. In their “time-quake” concept, guests would enjoy a thrilling ride through time, using four boats with different characteristics to present the story, which incorporates different time periods in the same location and constantly changing scenery.

Here’s their description for the winning entry:

Help to revive the Temple of Artemis. This story began a long time ago, and it is still ongoing! You will meet and board ancient personified ships who need your assistance to go back home. Join a charming fleet of ancient boats to go on a thrilling ride through time, then enjoy the mesmerizing outcome of what you have accomplished together at The Living Temple! 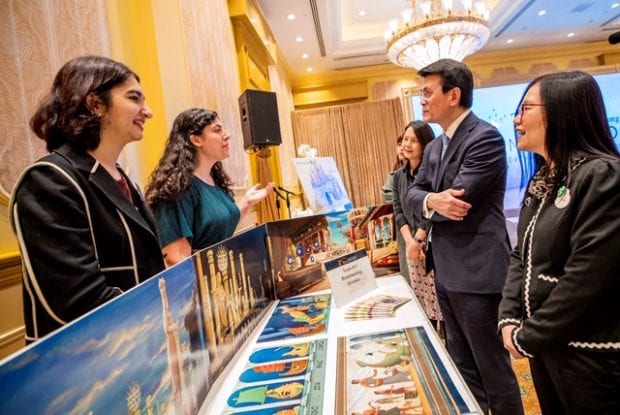 The annual Disney ImagiNations Hong Kong Design Competition allows students to use their imaginations to design new exploratory experience, with the winning team eligible to have a learning experience at Walt Disney Imagineering (WDI)’s headquarters in Glendale, California. This year, over 70 teams attempted to recreate a natural or ancient wonder as a new exploratory experience, with teams from eight educational institutions entering the final stage. The winners, who received their awards from secretary for commerce and economic development Edward Yau on Dec. 10, say they are looking forward to going to the WDI’s headquarter for exchange, and hope they can join Disney to continue their creative design journey after graduation. 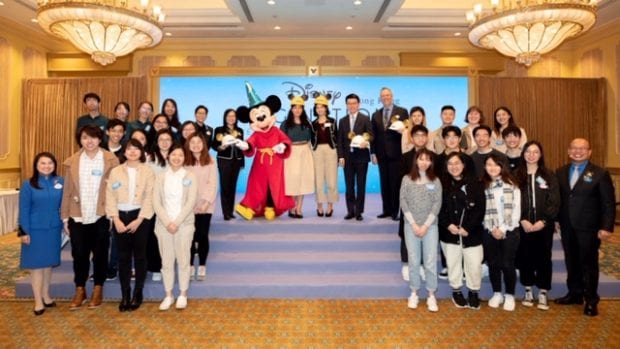 The 1st runner-up went to Chan Sze-wah and He Jingsu from the University of Hong Kong, who designed the theme park Oasis using the background of Babylon:

Oasis is a themed environment that is inspired by and paying tribute to the lost wonder of the Hanging Gardens of Babylon. We propose the reconstruction of the Hanging Gardens which will be encircled by a themed environment that serves as an entertainment resort. Oasis aims to become a sanctuary that emphasizes the importance of world peace, and acts as a reminder that war is ongoing every day and each one can change that scene and make the world a better place.

There are two 2nd runners-up this year from the University of Hong Kong and the Guangzhou Academy of Fine Arts:

A girl’s love for her grandmother sets her on a journey where she ends up returning to her own roots. Wonderlust is an attraction destination which will bring guests on the same journey, to experience the culture and environment of the Banaue Rice Terraces through its architectural features.
This is an immersive experience of the ancient architectures including a new concept of an underwater restaurant. Guests are invited by the Dragon King to the lost underwater town. A lot of underwater creatures can be seen in the underwater restaurant and guests can taste delicious food made by them.

The Disney ImagiNations Competition was first launched in the United States in 1992. Hong Kong held its first Disney ImagiNations Competition in 2011, making it the first region to host the competition abroad. The winning team is eligible to embark on a once-in-a-lifetime learning experience at WDI’s headquarters in Glendale, California, fully sponsored by HKDL. They will meet experienced Imagineers and finalists of the U.S. contest, visit model shops and preview new Disney projects. They will also be considered for job interviews and internships, plus a six-week work experience at HKDL.

For more about Hong Kong Disneyland, watch these videos:

Universal Orlando’s holiday treats and where to find them

‘Frozen’ land is now under construction at Disneyland...