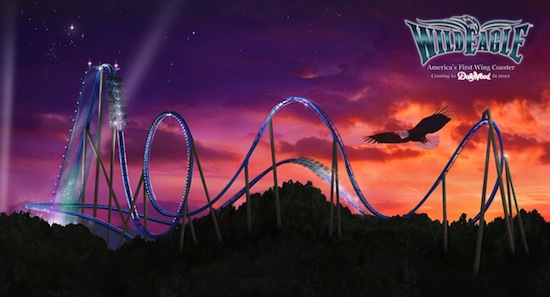 To bolster my claim that the wing rider coaster will be the next big thing in coaster construction (check out my previous story Here), Dollywood announced Sunday that it would open the first wing rider roller coaster in the United States. The third announced Bolliger & Mabillard wing rider coaster this summer may be the first to debut in 2012. Thorpe Park’s The Swarm and Six Flags Great America’s X Flight are expected to debut in the spring also. END_OF_DOCUMENT_TOKEN_TO_BE_REPLACED