Theater Review: ‘Something Rotten!’ is for musical lovers and Shakespeare haters

Most musicals have two acts. The first is usually the happy and peppy part, and the latter being a bit more serious and sometimes with a twinge of sad before the happy ending. “Something Rotten!” isn’t much of an exception since this musical takes after many others and references that fact many, many times. 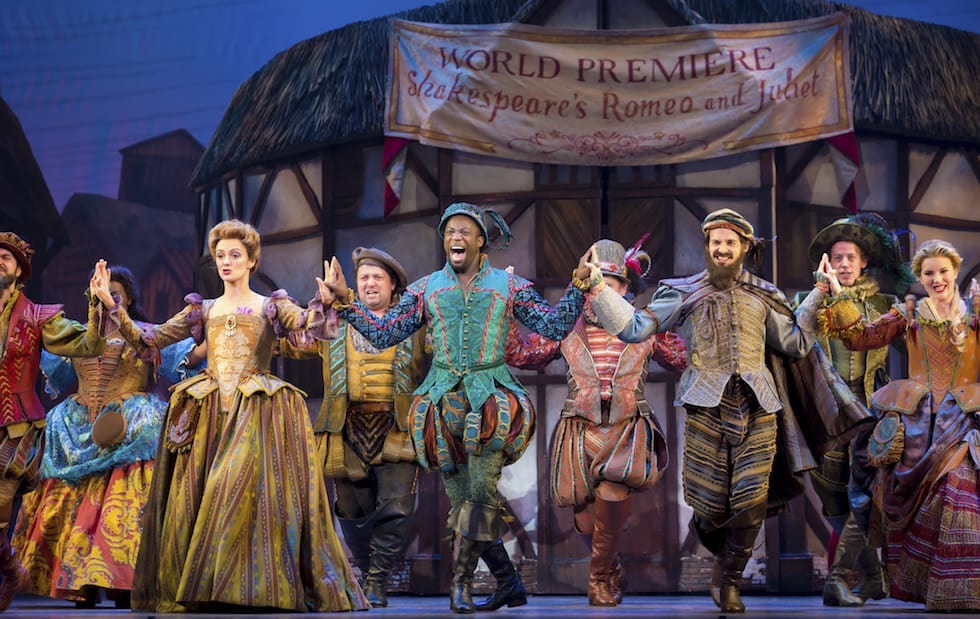 The story is about the Bottom brother bards, Nick (Rob McClure) and Nigel (Josh Grisetti), who are living in the time of Shakespeare. The two are trying to compete with the poetic rock star Shakespeare himself (Adam Pascal), but they’re absolutely out of ideas. Then, in an attempt to find an answer, Nick goes looking for a fortune teller to see his future, where he gets the idea to create the world’s first musical.

Act one was witty and pretty funny, but once it got into act two, the story became predictable and I got a little bored. By no means was it a bad production, but it really lost my interest. The best song and part of the musical itself is called “A Musical” and is quite the ear-worm, but unfortunately the majority of the production was pretty average. If you’re looking for a fun night and a couple of catchy new songs for your musical library, then “Something Rotten!” fits the bill.

Some of the jokes were pretty vulgar, and I’d say it would be PG-13 if it were a film. It’s at the Dr. Phillips Center for the Performing Arts in Orlando through April 29. Visit drphillipscenter.org for more information and tickets.