Theater Review: There’s a reason ‘The Lion King’ is one of the longest running broadway musicals 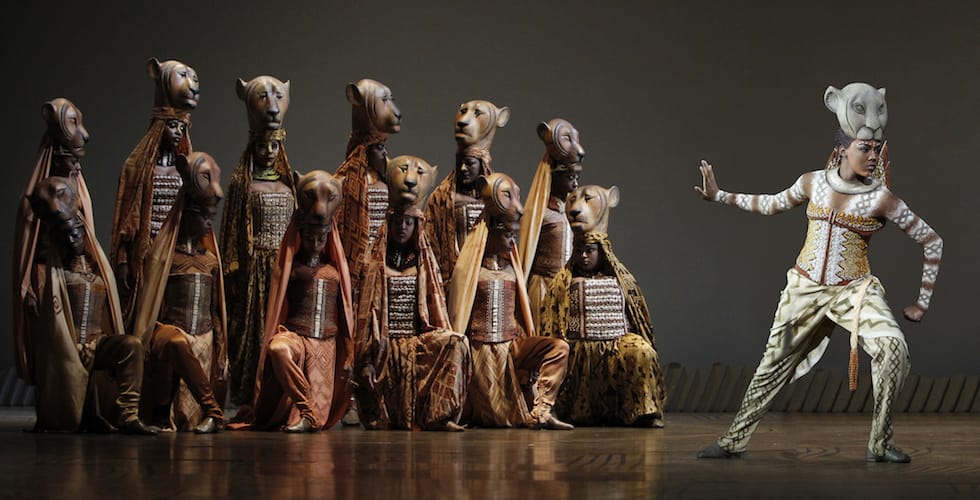 “The Lion King” is one of the main shows most people think of when someone says “Broadway.” Since its opening in 1997, the show has had 24 productions around the world, been seen by more than 90 million audience members, and has 70 major theater awards internationally. The iconic characters and story are beautifully conveyed through the production’s stylized costumes, sets and props, making the musical a classic on its own. 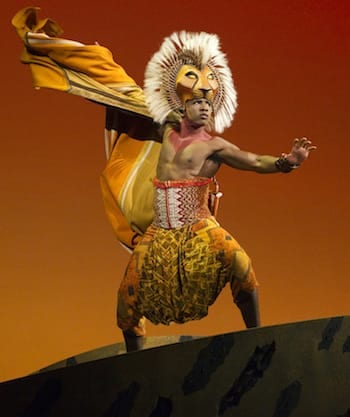 Simba in “The Lion King” musical.

Those who aren’t familiar with the feel of The Lion King musical need only look at a few photos to understand it’s aesthetic. The classic animated movie story is told through elaborately weaved and carved African headdresses, costumes and puppets. The graceful dancing and movements of the actors always suggest the movements and characteristics of their animal counterparts. Even the battle scenes are a sort of dance.

“The Lion King” is a wonderfully diverse show and has something for almost all theatergoers, from those who are looking for anything from a show to watch with the kids, a date night, or even a beautiful ballet.

“The Lion King” is being performed at The Dr. Phillips Center for the Performing Arts through March 11, but be warned, it’s selling out quickly! For tickets to the North American tour or on Broadway itself, visit lionking.com/tickets. 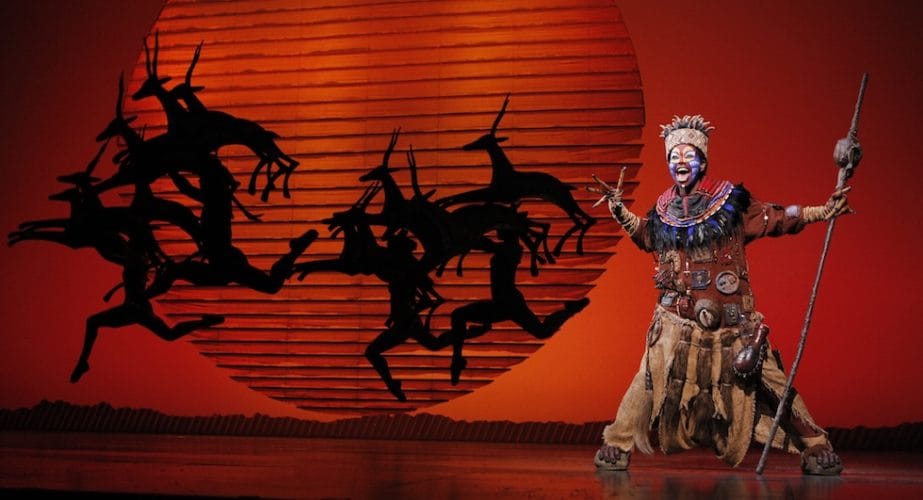 Rafiki in “The Lion King” musical.

In The Parks
Guests at Disney’s Animal Kingdom can see “The Festival of the Lion King”, a show with the characters and songs from The Lion King paired with acrobatics, dancing and pyrotechnics. But it’s not a retelling of the story, as the touring musical is. You can also visit Rafiki’s Planet Watch.

Some characters can sometimes be found for meet and greets and in attractions in Disney parks and resorts around the world as well.