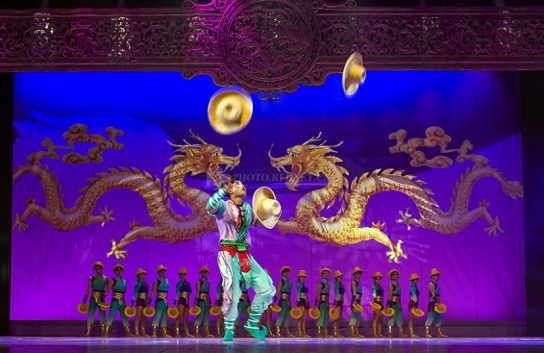 Tickets are on sale now for the Shanghai Acrobats’ December performance at Orlando’s Dr. Phillips Center.

Tickets went on sale this morning for the debut Orlando engagement of Shanghai Acrobats’ “Shanghai Nights” at The Dr. Phillips Center for the Performing Arts on Thursday, December 1, 2016.

The Shanghai Acrobats’ celebration of world music and dance, coming direct to central Florida from the People’s Republic of China, will play one performance in the Walt Disney Theater at 8 p.m.. Tickets start at $35.00 and may be purchased online at drphillipscenter.org, by calling 844.513.2014 or by visiting the Dr. Phillips Center Box Office at 445 S. Magnolia Avenue, Orlando, FL 32801 between 10 a.m. and 4 p.m. Monday through Friday, or 12 p.m. and 4 p.m. Saturday. Online and phone ticket purchases are subject to handling fees.

The Orlando performance is under the direction of Mr. Liu Junke, artistic choreography by Ms. Zhao Shuangwu and additional choreography and staging by Iryna Kovalova.

The company of Shanghai Acrobats of the People’s Republic of China 2016 was founded in 1959 and belongs to the artistic entities of governmental finance allocation (state-owned enterprise). After more than 50 years’ efforts, it has become one of the most influential and competitive acrobatic companies in China and has won many awards at the acrobatic and circus competitions at home and abroad.

The premise of “Shanghai Nights” is a dream journey, where a young boy enters into the world of fantasy, seeing a beautiful fairy phoenix flying over the sea. The boy, attracted to the beauty, runs to the water, and the adventure begins.