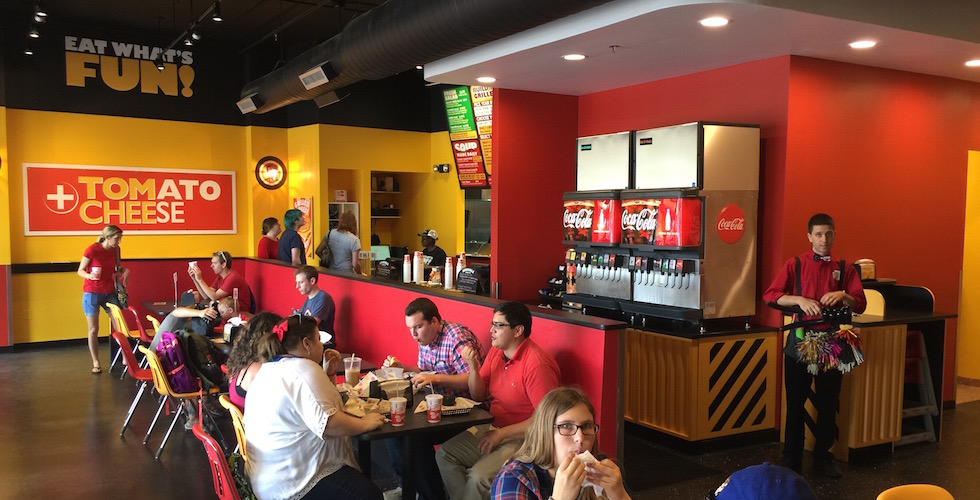 A new restaurant called Tom+Chee has opened in the Crossroads shopping center near Downtown Disney, offering grilled cheese sandwiches and tomato soups with a twist. 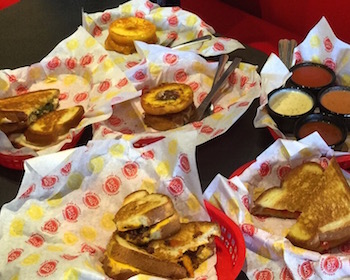 Founded in 2009 in Cincinnati, Ohio, Tom+Chee gained national attention with their specialty grilled cheese donuts, as well as on the ABC television show “Shark Tank”. This is their first Florida location, with more expected to open in the Central Florida area in the future.

The menu consists of classic to fancy grilled cheese sandwiches, including the signature Tom+Chee, Grilled Mac+Chee and the crunchy BBQ+Bacon. Grilled Cheese Donuts come in several varieties, including Bananarama, Choco Bacon Bliss and The Classic. Soups and salads are also available.

Tom+Chee is open daily in the Crossroads from 11 a.m. to 10 p.m. For more information, check out their Facebook page. They will be adding a breakfast menu in the near future.

Take a look inside the restaurant and see how they make a grilled cheese donut on the July 9, 2015 episode of Orlando Attractions Magazine: The Show below: 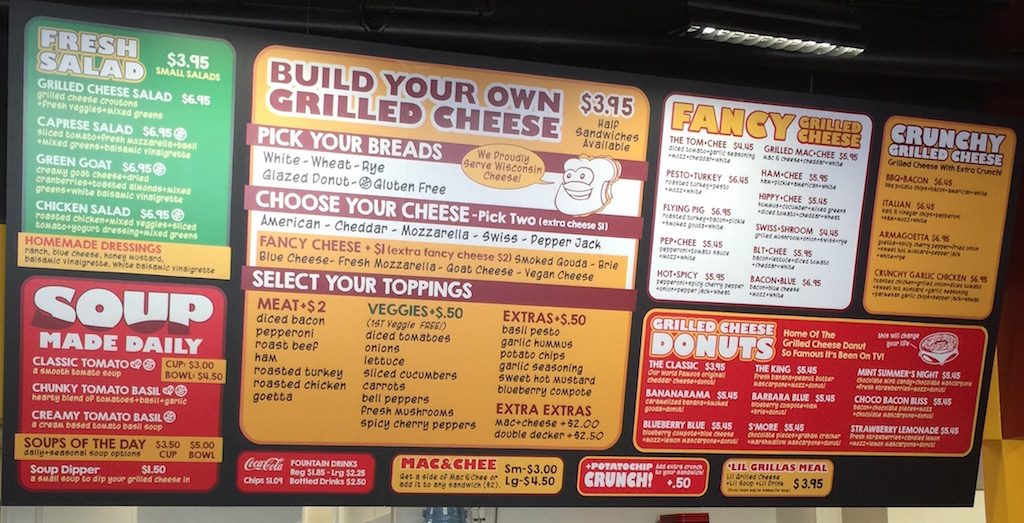 George Lucas, Danny Elfman among Disney Legends to be awarded at D23 Expo