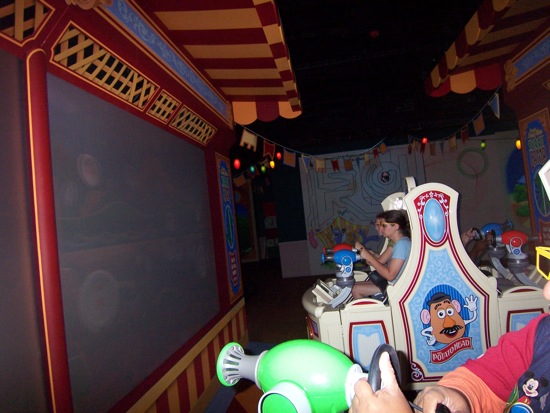 “The Toy Story franchise is a fun, dynamic and heart-warming series containing characters and themes that connect with every age group,” said Craig Relyea, senior vice president of global marketing, Disney Interactive Studios. “Toy Story Mania! combines those popular elements with the unique antics of the new theme park attraction for the ultimate in family entertainment.”

In addition to galleries adapted from the attraction, the game includes new and original galleries and a series of mini games, all hosted by characters from the movies. The thematically-connected levels are designed for up to four players of all ages with competitive and co-operative multiplayer options. Toy Story Mania! also includes bonus 3D features.

Toy Story Mania! is the first video game to place characters from these films into a carnival game setting and is expected to resonate with fans of the films and the attraction, as well as gamers who like pick-up-and-play party games.

Developed by Papaya Studio, Toy Story Mania! will be available this fall exclusively for Wii.

Stars in the Parks: Tina Fey and John Stamos

Characters in Flight balloon in the air at Downtown Disney