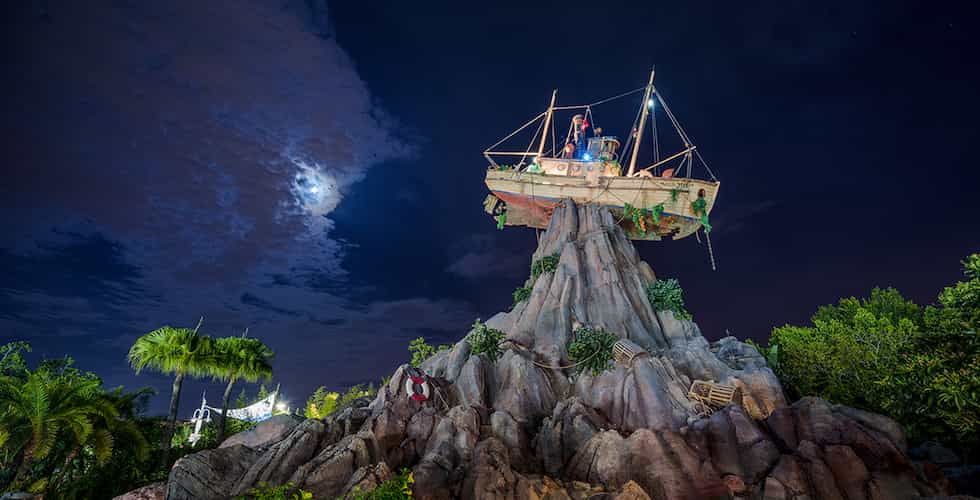 As part of Incredible Summer, Andy’s toys from “Toy Story” will throw glow parties at Typhoon Lagoon, as inspired by the party in the Pixar short, “Partysaurus Rex.”

On select summer nights starting on June 21, special lighting effects will transform the water park as Woody, Buzz and Jessie throw a beach party inspired by their fellow toy, “Partysaurus” Rex. Guests will be able to dance on the beach, play party games, and enjoy meet-and-greets with Woody, Buzz and Jessie. In addition to the night’s festivities, all attractions at the water park will be open for guests to enjoy.

Disney H2O Glow Nights will be held only at Typhoon Lagoon on Thursdays and Saturdays from June 21-Aug. 11, and will run from 8-11 p.m. This is a separate ticketed event and is not included in daytime admission to the water park. Tickets go on sale March 19, and will cost $55 for adults, and $50 for children ages 3-9 (plus tax).

For more information on Disney H2O Glow Nights, and to purchase tickets, visit DisneyWorld.com or call (407) 939-1872.

Check out a clip from the Pixar short, “Partysaurus Rex,” below:

Movie Review: ‘Avengers: Endgame’ is everything you...