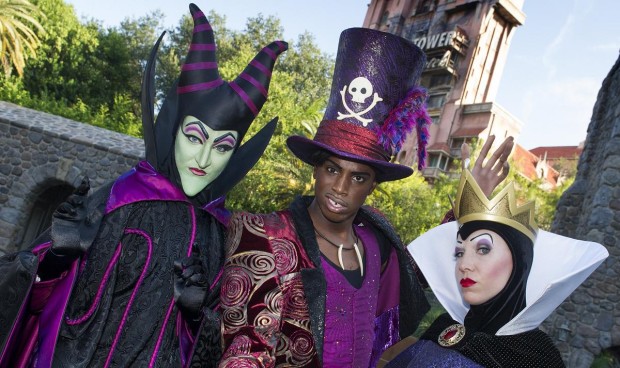 The Disney Villains are poised to take over Disney’s Hollywood Studios in August for a special ticketed nighttime event.

On August 23, 2014, Walt Disney World will present Villains Unleashed, an after-hours special event at Hollywood Studios featuring over 50 of Disney’s iconic villains, as well as the Villainy in the Sky fireworks spectacular.

This new event may very well be in response to the major success of last year’s Unleash the Villains party as part of Limited Time Magic. Lines to get into the park for that event, and to meet some of the rarely seen Villains, reached up to three hours.

Here are the details:

Over 50 villains in one Park
For one night only, over 50 Disney villains will come together to roam the streets of Disney’s Hollywood Studios, put on scary fun performances and party until the 13th hour.

Villainy in the Skies
The villains will unleash their powers into the night sky for a special themed fireworks display. Don’t forget to pick up your limited-edition Glow with the Show Ears to complete the experience.

Oogie Boogie Variety Show
Guests can oogie-boogie down to Theatre of the Stars to see Mr. Oogie Boogie host a special variety show crawling with entertainment.

Hades Hangout and Dance Party
Rub shoulders with the ruler of the Underworld and dance the night away with his party crew — DJ Igg Nite, the Underworld Dancers and more.

Star Wars Villain Zone
Guests can unleash their dark side in a special zone filled with some of the most feared villains in the Galactic Empire.

“Ex-Scream” Makeovers
“Show your Disney villain side” and get your face painted to look just like one of your favorite Disney villains!

Villainous food, drink and merchandise
Enjoy mischievous treats and remember the night of villainy for years to come with villain-themed merchandise (not included with price of ticket).

Extended Attraction Hours
Up to 10 Disney’s Hollywood Studios attractions will be running until 1 a.m. Beware the villains who may be lurking around some of your favorite attractions.

Annual passholders are able to purchase tickets in advance of the general public for Villains Unleashed, priced at $67 for adults and $62 for children ages 3-9, on the Annual Passholder website. Tickets go on sale for the public on June 9.

Check out our videos of the Unleash the Villains event from last year to get an idea on what to expect for Villains Unleashed:

Disney Springs update, seen from above, in Characters in Flight