Warner Bros. is planning to build an aerial tramway to transport visitors to its Burbank lot to the famous Hollywood sign. 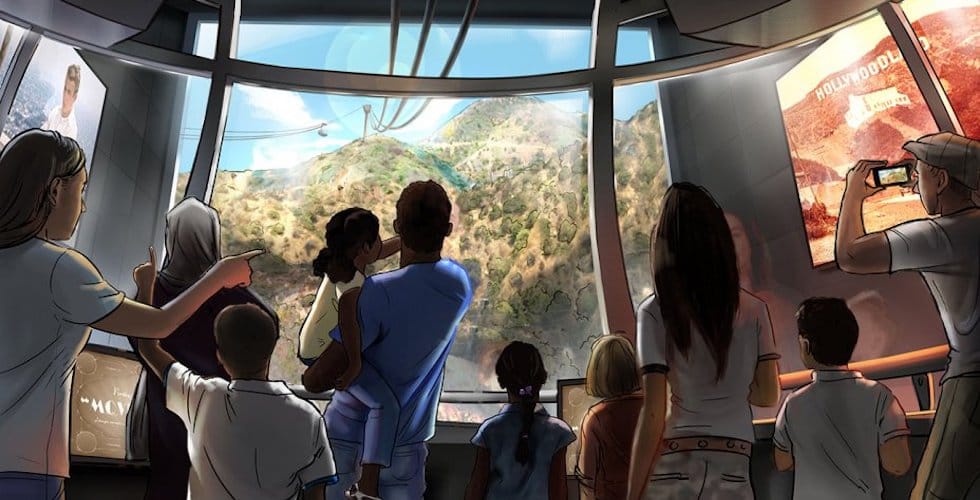 If approved, Warner Bros. could have a tram connecting their Burbank lot to the famous Hollywood sign. Photo courtesy of Warner Bros.

This new tramway, once built, would help alleviate traffic and parking issues that are a problem at the landmark. The studio, now owned by AT&T, informed Los Angeles officials on Monday that it will pay an estimated $100 million for this new mode of transportation, and call it the Hollywood Skyway.

“The Hollywood sign is an important historic and globally recognized landmark for the city of Los Angeles. The sign’s fame, however, has created unintended negative effects such as heavy traffic in adjacent residential areas and related safety concerns,” said a Warner spokesperson in a statement to The Hollywood Reporter.

“We understand there are a number of possible solutions being considered, but we are confident the city’s feasibility study will show our proposal to be the best option – an option that can be built and operated at no cost to the taxpayer and that will provide public benefit to the city of Los Angeles and its residents,” added the spokesperson.

The tram’s route would be over a mile, and last about 6 minutes each trip, and travel up the back of Mt. Lee to a planned visitors center by the sign. According to The Hollywood Reporter, a source said that the tramway would take about three years to build.

No word yet on if construction of this tramway will come to pass, but there’s no doubt it would benefit Warner Bros. own tourism operations and increase visitors to its studio tour.

Out of the loop: NASA Goddard in...