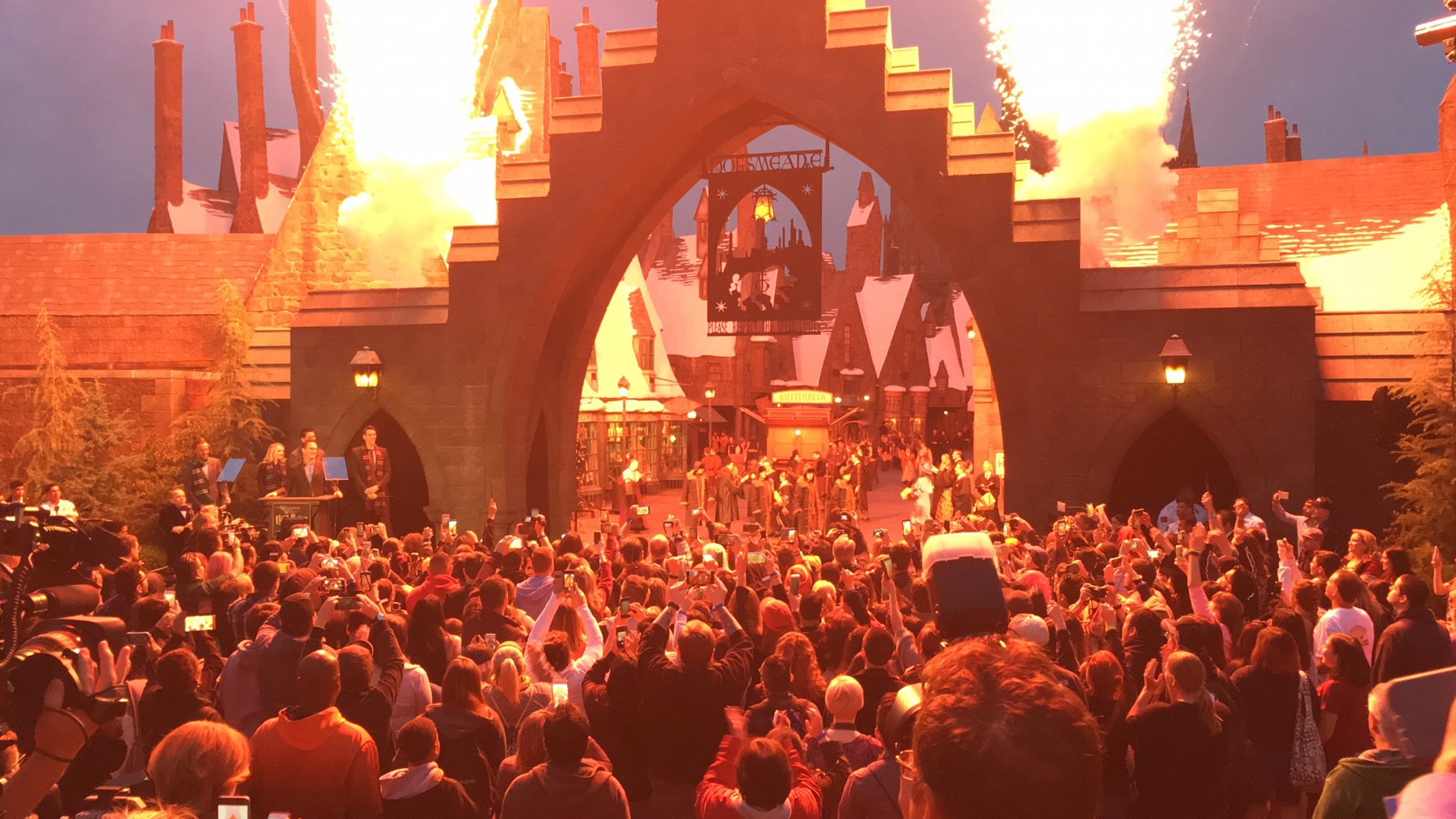 Magic loving Muggles on the west coast now have a new home, because as of April 7, 2016, the Wizarding World of Harry Potter at Universal Studios Hollywood has officially opened.

The new Harry Potter expansion to Universal’s original Los Angeles theme park, which is a near duplicate of the popular Hogsmeade attractions found in Universal Orlando’s Islands of Adventure and Universal Studios Japan, had been previewed in “technical rehearsals” since February, but Thursday morning marked its official debut for the general public. 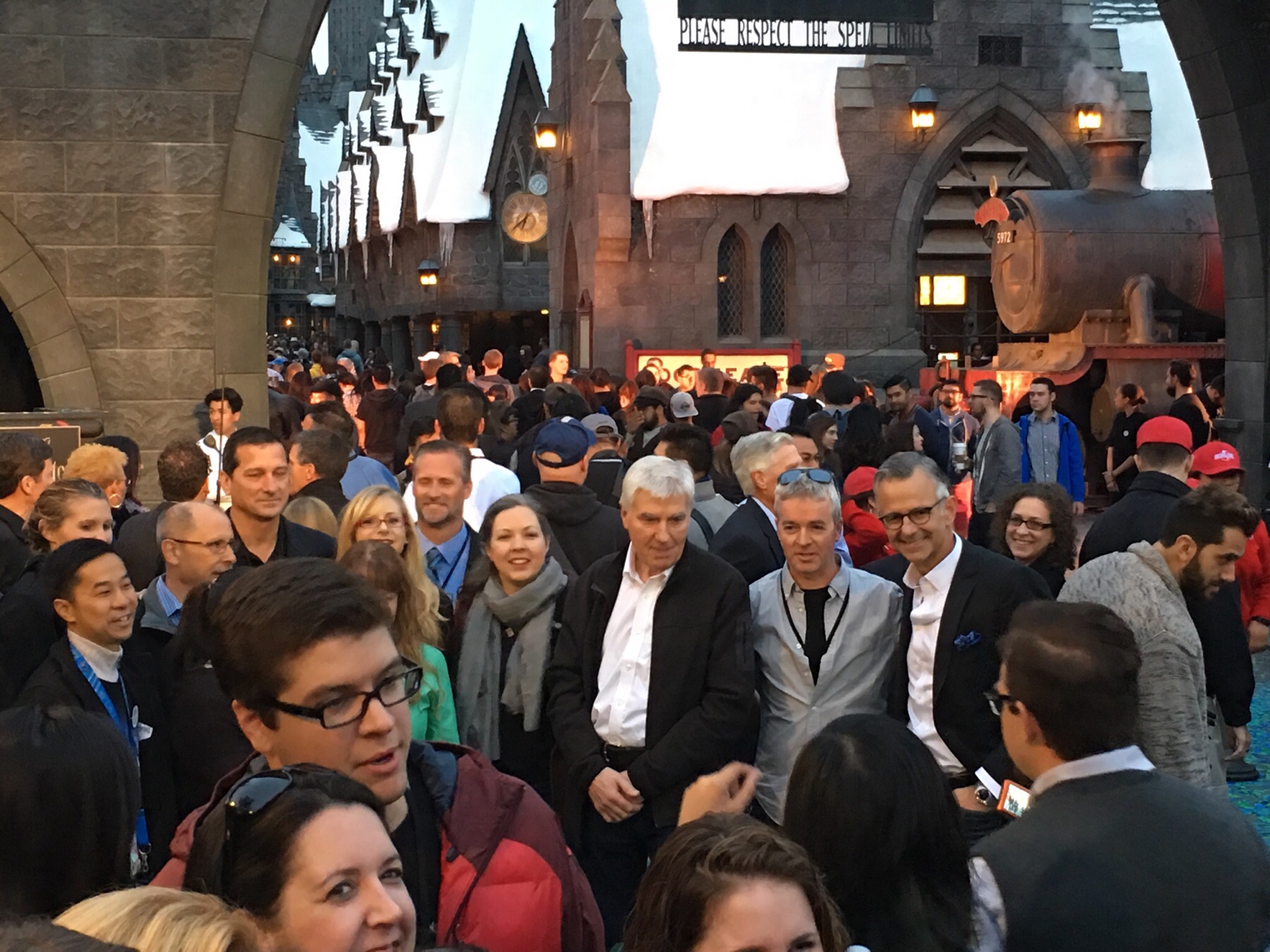 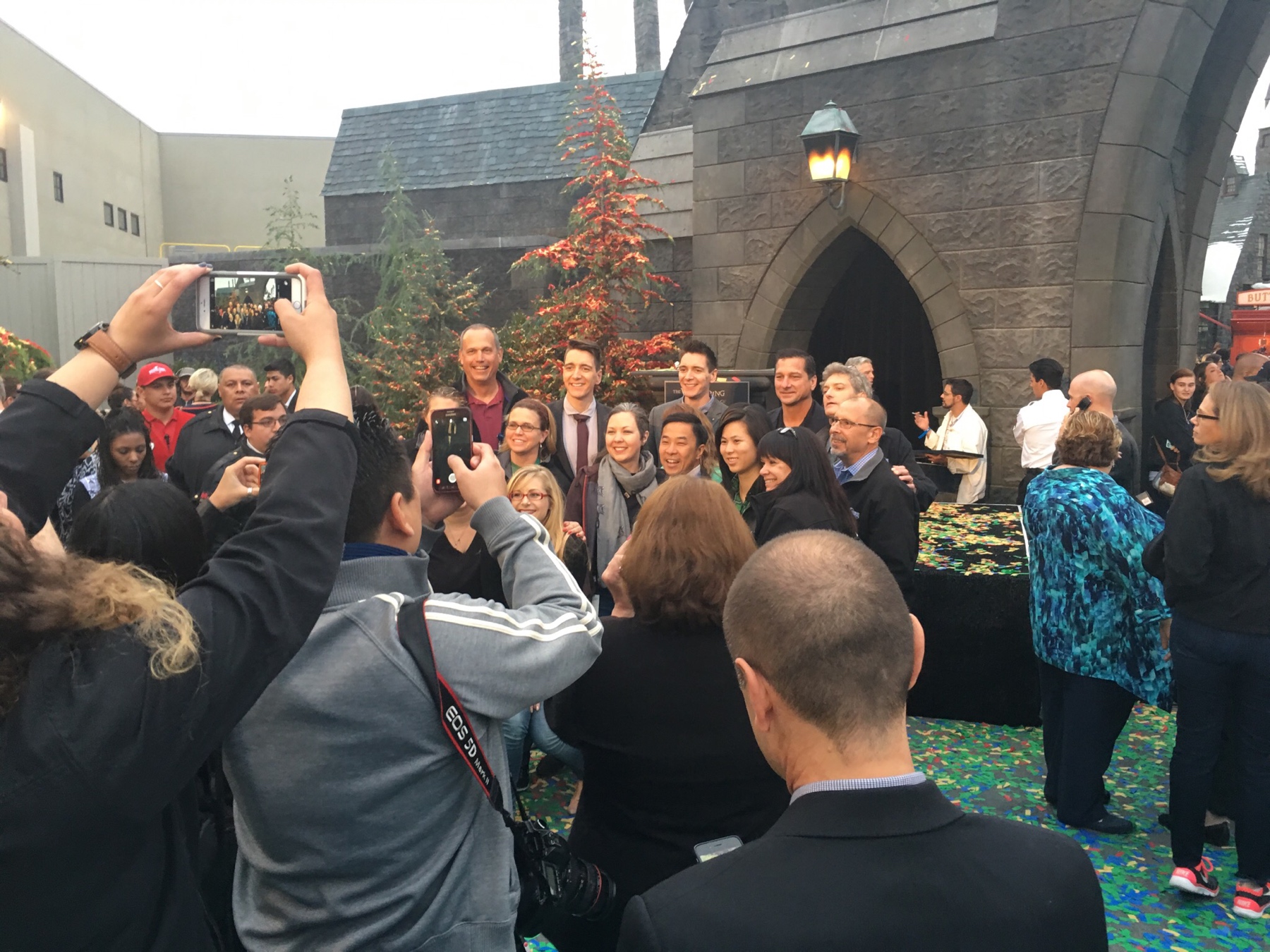 Fans began lining up outside the park in Universal’s CityWalk the evening before the opening, and the crowd was moved inside before 4 a.m. to prepare for the 6:30 a.m. grand opening. When the big moment came, Kurzweil and the film talent led the crowd in casting a “Revelio” charm, triggering a blast of fog across the land’s entrance which parted to reveal dozens of witches and wizards in the streets of Hogsmeade.

Thousands of guests then entered Universal Studios Hollywood’s Wizarding World of Harry Potter for the first time, quickly pushing the wait time for the signature Forbidden Journey dark ride up to three hours, and forming a line for Butterbeer that stretched to the land’s entry arch.

The Wizarding World of Harry Potter will now be open daily at Universal Studios Hollywood. If you couldn’t make it to the grand opening in person, enjoy the festivities vicariously with these videos.

Next, here is our video of the spectacular fireworks and video projection mapping presentation on Hogwarts Castle during the VIP party: