100 years after the tragedy, Titanic The Experience adds 100 new artifacts, including a large piece of the hull 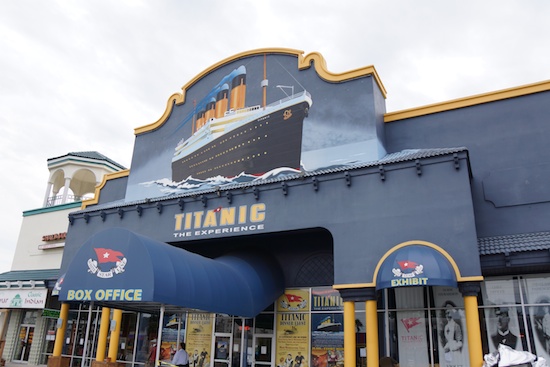 The second largest piece ever recovered of the legendary ship’s hull and 100 new artifacts, including dozens that have never before been displayed, highlight the newly expanded and enhanced Titanic The Experience exhibition in Orlando.

Among the never before seen artifacts are a watch chain with pearls; telegraph to the main engine room; cooking pot; deck lamp; wine bottle; marble slab with cold water faucet and waste valve, coin and paper money, and cut crystal carafe with the flag of White Star Line, the company that owned the iconic ship. 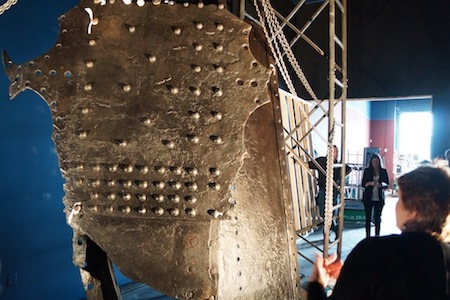 In addition, the exhibition will host a 3,000–pound, 96” x 56” x 122” section of the ship’s hull – the second largest piece of Titanic ever recovered. Originally from the starboard side on C Deck, the artifact contains portholes that looked into the ship’s dishwashing and china storage room. This section of the hull was raised 12,500 feet from the ocean floor in 1998. It had been under water for 86 years and it took two attempts to bring the piece to the surface.

“With the world preparing to commemorate the 100th anniversary of Titanic’s sole voyage in the spring, it is the ideal time for people of all ages and all over America and across the globe to experience the wonders of the most famous ship ever to set sail,” said Katherine Seymour, vice president of communications for Premier Exhibitions, the company that owns the exhibition. “And with these never before seen artifacts, and the massive hull piece, Titanic The Experience is more authentic, interesting and awe-inspiring than ever before.” 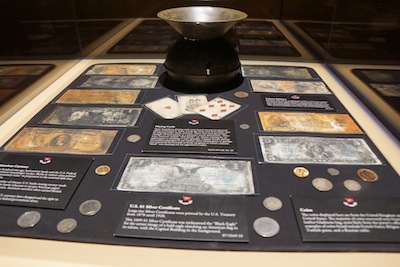 Premier Exhibitions, a wholly owned subsidiary RMS Titanic, Inc., is the only company permitted by law to recover objects from the wreck site of Titanic. Since 1987, RMS Titanic has conducted eight research and recovery expeditions to the wreck site, exclusively recovering and conserving more than 5,500 artifacts from the debris field of the wreck 2.5 miles beneath the North Atlantic. All 100 new artifacts displayed will be labeled with a White Star Line Flag to distinguish its recovery from Titanic’s wreck site.

Premier Exhibitions acquired what already was a Titanic-themed exhibition in Orlando in October. The new exhibition, which retains the original Titanic The Experience name, has since undergone a number of strategic enhancements, including the addition of the hull piece and the other authentic artifacts.

Located in a 20,000 square foot space on International Drive, the exhibition is divided into 17 galleries that offer full-scale re-creations of the ship’s most famous rooms, including her grand staircase, first class parlor suite, boilers and promenade deck, where visitors can walk out and feel the Atlantic air while gazing at the stars. Trained actors in period costume portray Titanic notables such as Capt. Smith and Molly Brown, sharing stories of the liner’s passengers and crew during an hour-long guided journey aboard the most famous ship in history. An extensive Underwater Room is also showcased, displaying an eight-foot replica of Titanic as she appears on the bottom of the Atlantic.

For more about Titanic The Experience, visit titanictheexperience.com or call 407-248-1166. Also be sure to watch episode 59 of Orlando Attractions Magazine – The Show for a tour and interviews.

President Obama coming to Disney World – No guest access, but entertainment options have been added

I have been to Belfast, Ireland to celebrate the 100th anniversary, and it was the best trip that I ever took in my whole life! Everywhere I looked there was Titanic! In every window,shop,and people to show off their treasures to the public. We also went to Southhampton, England and they had lots of memorials to the ship and the people who died with her.

I hope someday to visit your place and share my stories.