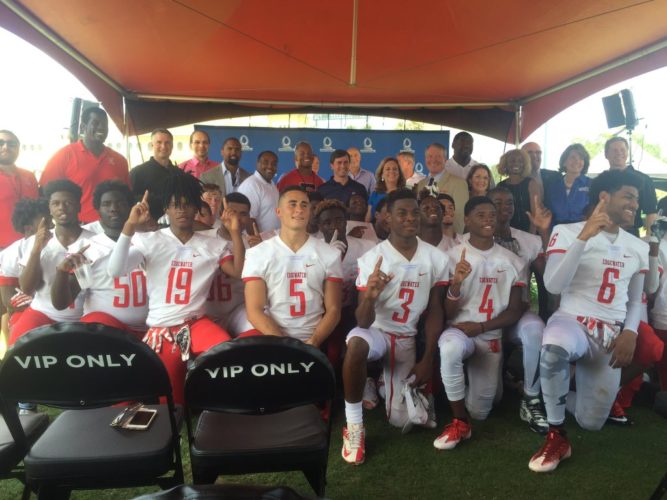 The 2017 NFL Pro Bowl is coming to Camping World Stadium in Orlando on January 29.

Theme park lovers and football fans will collide next January when the 2017 NFL Pro Bowl is held in Orlando at Camping World Stadium (formerly the Citrus Bowl).

The announcement was made on June 1, 2016, at ESPN Wide World of Sports Complex at Walt Disney World Resort, which will host Pro Bowl AFC and NFC practices will be held alongside youth football competitions, activities and fan events during Pro Bowl Week. The week will culminate with the 2017 Pro Bowl game at Camping World Stadium in Orlando on Sunday, January 29, 2017, which will and televised live at 8 PM ET on ESPN and ESPN Deportes.

“We are excited to re-imagine the Pro Bowl experience for both fans and players and to celebrate the game of football at all levels,” said NFL Commissioner Roger Godell. “Collaborating with Disney and ESPN brings us closer to the best in youth and family-focused entertainment. We look forward to working with the city of Orlando and Florida Citrus Sports to create a week-long celebration for football and our fans.”

Pro Bowl festivities for youth and their families will take place throughout the week across Orlando, including a Pro Bowl-themed 5k run and a parade of Pro Bowl players in the Magic Kingdom. 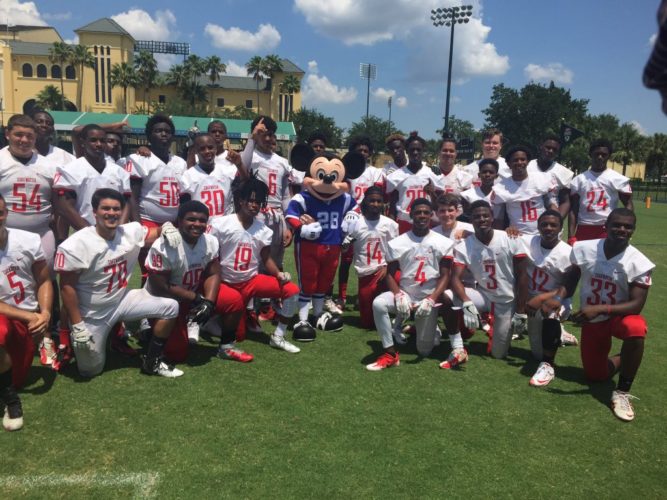 The 2017 Pro Bowl will feature a return to the traditional AFC vs. NFC game format following three years using a revised, “unconferenced” format. The NFL’s best will once again be in the spotlight as 88 players – 44 from the AFC and 44 from the NFC – are determined by the consensus votes of fans, players and coaches.

“Hosting the NFL Pro Bowl is exactly the type of opportunity we had in mind when our community pulled together to invest in the reconstruction of Camping World Stadium. Orlando is the top tourist destination in the country and we look forward to providing players, staff, families, and fans from all levels of football an unforgettable week,” said CEO of Florida Citrus Sports Steve Hogan.

Beginning in the fall of 2016, first priority access to Pro Bowl game tickets will go to Season Ticket Members of the Jacksonville Jaguars, Miami Dolphins, Tampa Bay Buccaneers, the other 29 NFL clubs and Florida Citrus Sports. Remaining inventory of Pro Bowl game tickets will be available for purchase by the public in November. Fans may register on ProBowl.com for exclusive resale opportunities and additional information on Pro Bowl Week fan events in Orlando.

NFL Pro Bowl is coming to Orlando starting in 2017