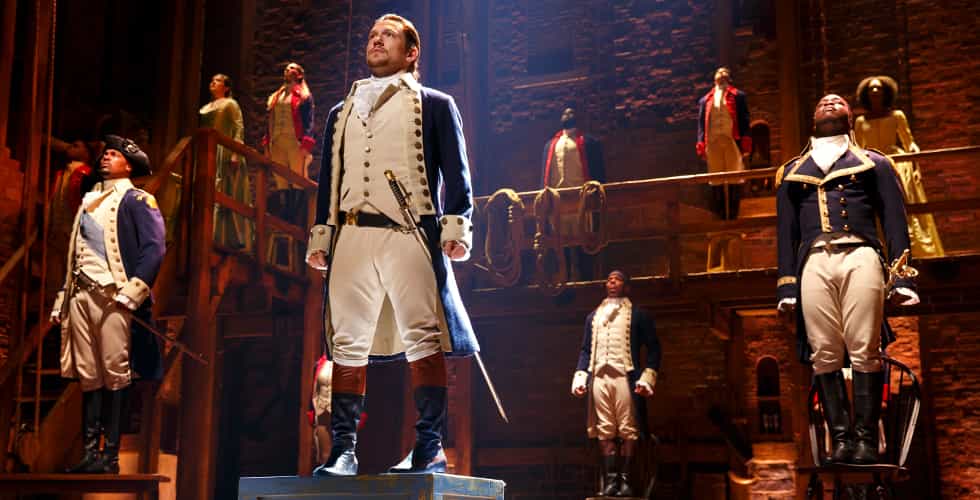   ’Hamilton,’ ‘Dear Evan Hansen,’ and ‘Hello, Dolly’ are among the award-winning hits coming to Orlando in the 2018-2019 Fairwinds Broadway series.

The Dr Phillips Center’s Walt Disney Theater will become “the room where it happens” next January, when the Tony-winning mega-hit Hamilton headlines the newly announced 2018–2019 Fairwinds Broadway in Orlando series.

On March 9, Florida Theatrical Association announced the lineup of musicals that are coming to Orlando as part of the 2018–2019 Fairwinds Broadway in Orlando series. In addition to Hamilton, the list includes the 2017 Tony Award winning Best Musical Dear Evan Hansen, and the 2017 Tony Award-winning Best Revival Hello, Dolly! starring Broadway legend Betty Buckley.

The full 2018-2019 Fairwinds Broadway in Orlando schedule is as follows:

Go behind the music and inside the story of Frankie Valli and The Four Seasons in the Tony-winning true-life musical phenomenon, Jersey Boys, from the streets of New Jersey to the Rock and Roll Hall of Fame. Featuring the songs “Sherry,” “Big Girls Don’t Cry,” “Walk Like A Man,” “Can’t Take My Eyes Off You,” and “December, 1963 (Oh What A Night).” 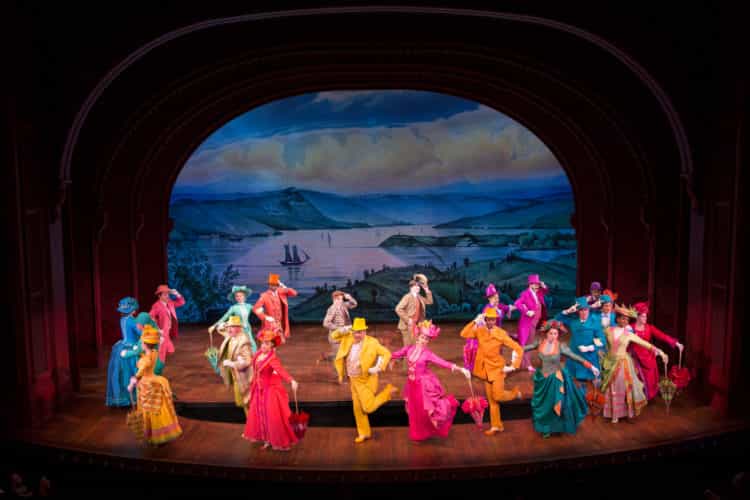 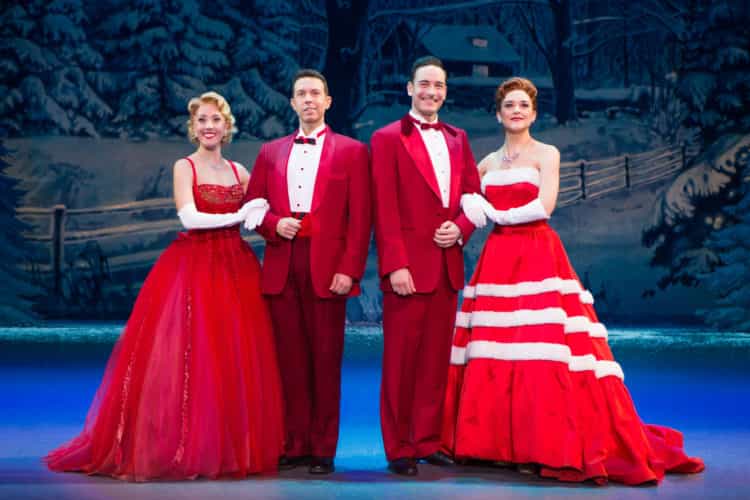 Hamilton is the story of America’s Founding Father Alexander Hamilton, an immigrant from the West Indies who became George Washington’s right-hand man during the Revolutionary War and was the new nation’s first Treasury Secretary. Featuring a score that blends hip-hop, jazz, blues, rap, R&B and Broadway, Hamilton is the story of America then, as told by America now. With book, music and lyrics by Lin-Manuel Miranda, direction by Thomas Kail, choreography by Andy Blankenbuehler and musical supervision and orchestrations by Alex Lacamoire, Hamilton is based on Ron Chernow’s biography of Founding Father Alexander Hamilton.

Tony-winning director Bartlett Sher and the team behind South Pacific, The King and I and 2017 Tony-winning Best Play Oslo, bring a fresh vision to this beloved theatrical masterpiece from Tony winner Joseph Stein and Pulitzer Prize winners Jerry Bock and Sheldon Harnick. The original production won 10 Tony Awards, including a special Tony for becoming the longest-running Broadway musical of all time. You’ll be there when the sun rises on this new production, with movement and dance from acclaimed Israeli choreographer Hofesh Shechter, based on the original staging by Jerome Robbins. Featuring the Broadway classics “Tradition,” “If I Were a Rich Man,” “Sunrise, Sunset,” “Matchmaker, Matchmaker” and “To Life.”

The winner of six 2017 Tony Awards including Best Musical and the 2018 Grammy award for Best Musical Theater Album, Dear Evan Hansen is the deeply personal and profoundly contemporary musical about life and the way we live it. “One of the most remarkable shows in musical theater history,” says The Washington Post. The New York Times calls Dear Evan Hansen “a gut-punching, breathtaking knockout of a musical” and NBC News says the musical is “an inspiring anthem resonating on Broadway and beyond.” Dear Evan Hansen features a book by Tony winner Steven Levenson, a score by Grammy, Tony and Academy Award winners Benj Pasek and Justin Paul (La La Land, The Greatest Showman), and direction by four-time Tony nominee Michael Greif (Rent, Next to Normal). 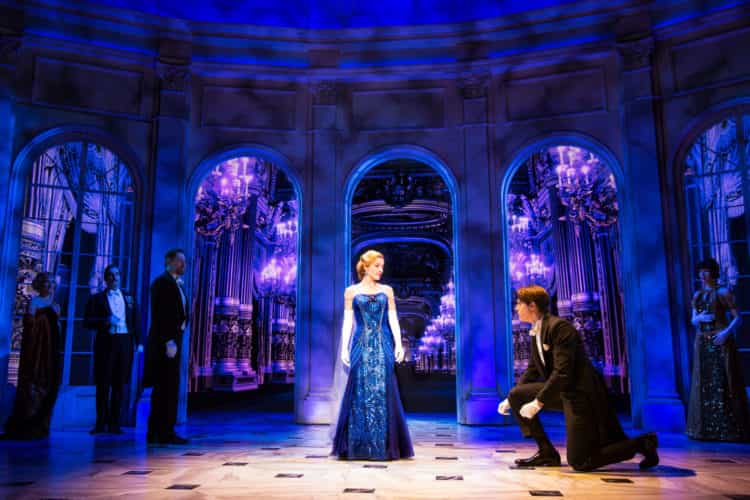 From the Tony Award-winning creators of the Broadway classic Ragtime, this adaptation of the animated film transports us from the twilight of the Russian Empire to the euphoria of Paris in the 1920s, as a brave young woman sets out to discover the mystery of her past. Pursued by a ruthless Soviet officer determined to silence her, Anya enlists the aid of a dashing conman and a lovable ex-aristocrat. Together, they embark on an epic adventure to help her find home, love, and family. ANASTASIA features a book by celebrated playwright Terrence McNally, a new score by Stephen Flaherty (music) and Lynn Ahrens (lyrics) with direction by Tony winner Darko Tresnjak. 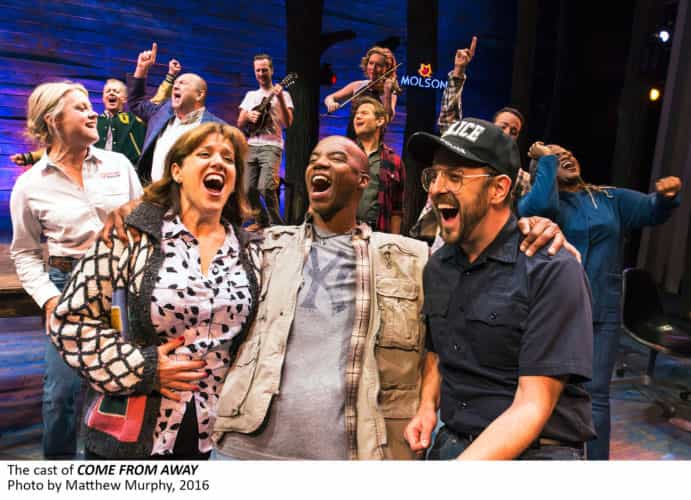 The New York Times Critics’ Pick tells the true story of 7,000 stranded passengers and the small town in Newfoundland that welcomed them after 9/11. Cultures clashed and nerves ran high, but uneasiness turned into trust, music soared into the night, and gratitude grew into enduring friendships. Written by Tony nominees Irene Sankoff and David Hein, and helmed by this year’s Tony-winning Best Director, Christopher Ashley. Newsweek cheers, “It takes you to a place you never want to leave!”

“This will be a stand-out season on so many levels,” said Dr. Phillips Center President and CEO Kathy Ramsberger. “Hamilton has become a theatrical phenomenon, and three of the seven shows made their debut on Broadway just last year, so the content is fresh and relevant. The other big benefit is that we’ve had great success securing show performers for special appearances and educational workshops in our local schools, including our own School of the Arts. Extending the arts beyond our facility and into the community is one of our top priorities.”

“We are proud to partner with Dr. Phillips Center and Florida Theatrical Association for what is sure to be a record-breaking season in Orlando! This is going to be an unforgettable season of the best that Broadway has to offer,” said Susie Krajsa, EVP of Presenting for Broadway Across America.

“We’re excited to continue bringing special, one-of-a-kind experiences to our members through our continued support of the Fairwinds Broadway in Orlando series at Dr. Phillips Center,” said Fairwinds President and CEO Larry Tobin. FAIRWINDS recently signed a multi-year agreement with the arts center, which includes naming rights to the series.

Current subscribers can renew their seats starting at 10 a.m. Friday, March 9, 2018 through April 13, 2018. Subscribers who renew early before March 23, 2018 can guarantee the lowest price for their subscription with loyalty pricing. Fairwinds Broadway in Orlando will first send renewal information via email, followed up with an invoice and brochure sent via posted mail to all subscribers.

New subscriptions are not being offered at this time, but interested parties may join the subscription information list to be notified if any subscription seats become available. Groups of 10 or more may begin placing for most shows in the new season beginning March 9, 2018. Group minimums and discounts vary by show. Seating locations for group orders may not be confirmed until later this year. Group tickets may not be available for Hamilton. For more information on group sales, email [email protected] or call (407) 455-5550.

Tickets for individual shows in the 2018–2019 season will be made available at a later date. For more information, visit OrlandoBroadway.com and watch these videos from previous Fairwinds Broadway in Orlando productions: