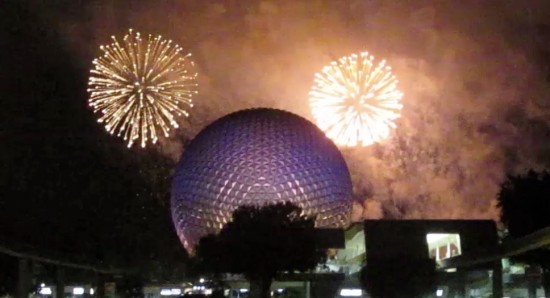 This past Monday, Oct. 1, 2012 was Epcot’s 30th anniversary, which makes enough of a milestone for a celebration. A couple of different types of celebrations were held. D23, Disney’s official fan club, held a series of presentations on Sept. 30, and a few special events were held for general park gusts on Oct. 1. Here are some photos and videos from the anniversary. 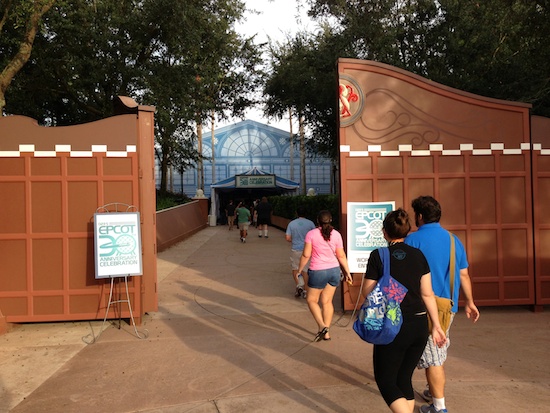 The D23 event was held in the World Showplace at Epcot. It’s located between the Canada and U.K. pavilions.

Video wasn’t allowed during D23’s special ticketed event, except for the first 10 minutes. Here’s a look at the opening video and a few words by Steven Clark, head of D23.

Kevin Yee’s Photo Finds, one of our regular shows about the details in the theme parks, dedicated a whole episode to the D23 event: 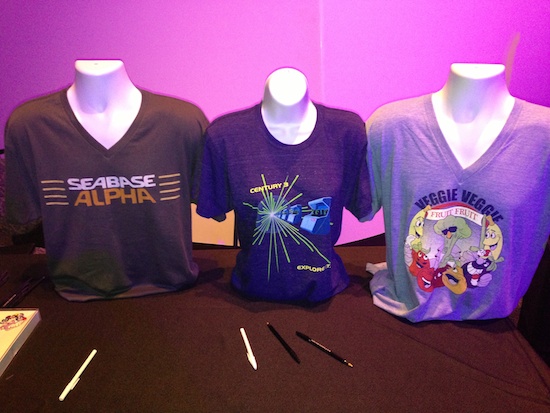 Three classic Epcot attractions T-shirts were only available to order during the D23 event. 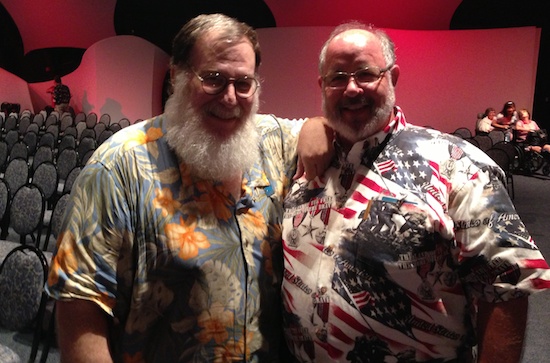 As Kevin noted in his Photo Finds report, photos weren’t allowed during the Journey Into Imagination presentation. But we snapped this photo of two of the gentlemen who worked for Disney as “friends” of the Dreamfinder after the show. On the left is Ron Schneider and on the right is Steve Taylor. 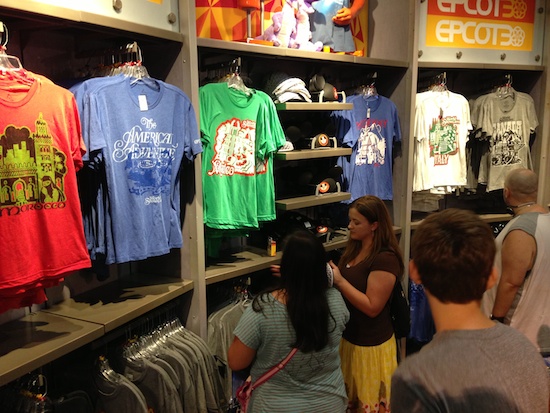 Some of the special Epcot 30th merchandise available in Mouse Gear. On Oct. 1, the lines were very long. There was a line out the door up until the park closed. 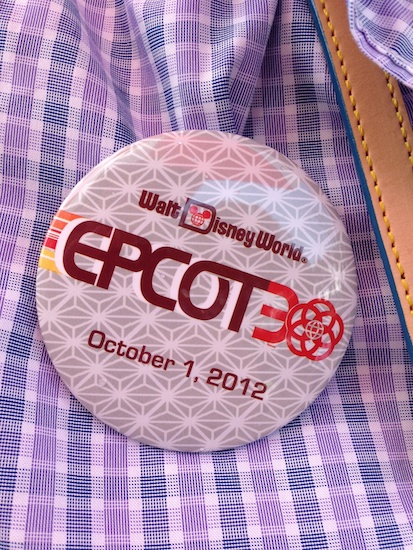 Guests on Oct. 1 were given this button while supplies lasted. 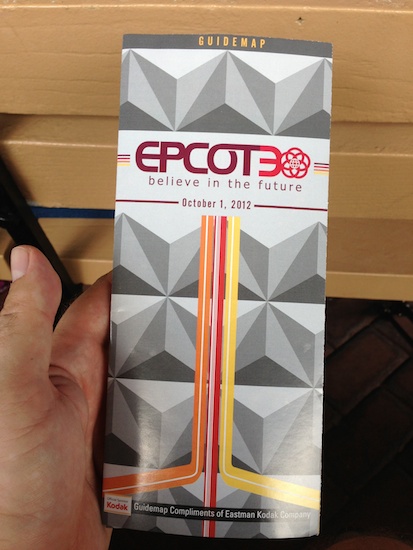 Guests were also given this special map. Visit the Disney Parks Blog to see inside. 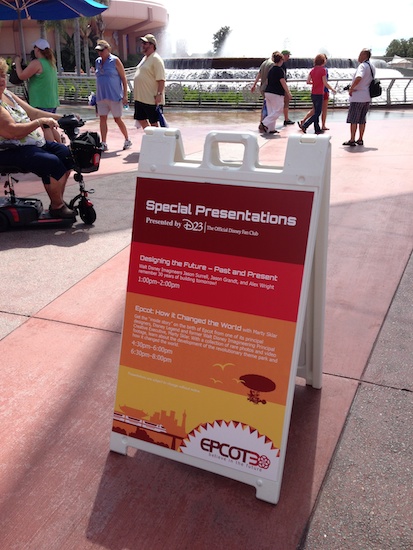 Signs listed the public talks that were available on the 1st. One was called Designing the Future: Past and Present and one was Epcot: How It Changed the World.

The 30th Anniversary Ceremony was held in the America Gardens Theatre. This included talks by the current and past vice presidents of Epcot, Walt Disney World’s president, a few musical performances and a confetti moment:

Finally, to end the evening, a 30th Anniversary Finale was added to Illuminations. Here’s a look:

Here’s a unique perspective of the fireworks, as seen from the parking lot, over Spaceship Earth: 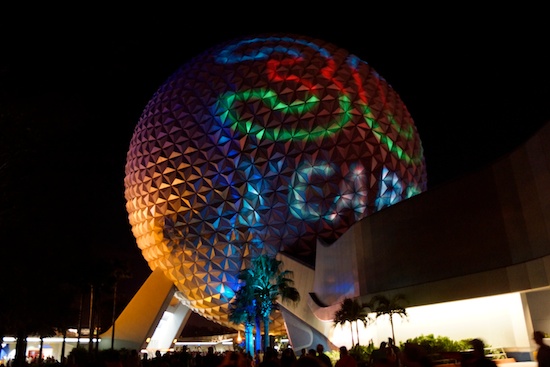 On their way out, guests could see special anniversary messages projected on Spaceship Earth. 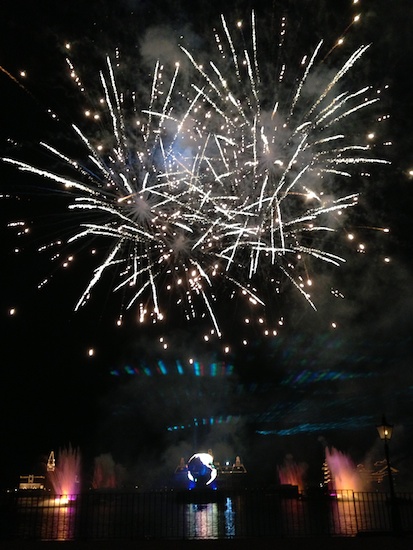 My family was able to spend a few hrs in Epcot for the 30th before we had to head to MCO and catch our flight home, I say being there and having the experiance of the Milestone for Disney was amazing!

Sadly though we were not able to get into mousegears to get merchandise :(. We did our map & button though 🙂

‘The Magic Is Calling’ anthem revealed for...

‘The One and Only Ivan’ to premiere...