A look at Magic Kingdom’s unique pumpkins, and carving tips from the pros 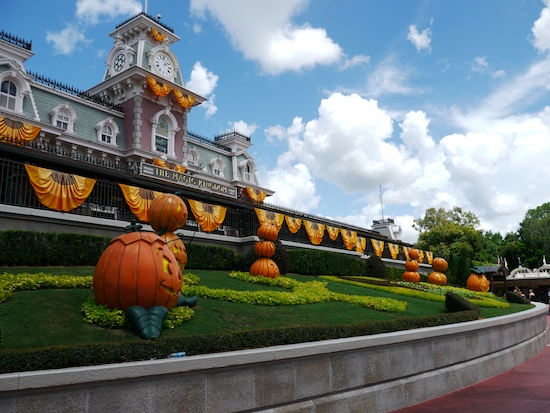 Disney’s Magic Kingdom is all decked-out for Halloween. This year, they’ve redesigned many of the 182 hand-carved pumpkins that line the windows and ledges of Main Street U.S.A.

You’ll see some usual pumpkin faces, but most of the pumpkins feature a unique design. Different designs and shapes include a hot dog pumpkin over Casey’s Corner and a snowman pumpkin. There’s even a pumpkin featuring a spilled ice cream cone.

The unique designs were done by David Hartmann, an art director with Walt Disney Entertainment. Disney’s Event and Decorating Support team then took David’s sketches and made them real. Check out some of David’s best in the video below.

If you’re carving your own jack-o-lantern in the next few days, here’s some advice from the people who make Main Street, U.S.A. so unique this time of year: 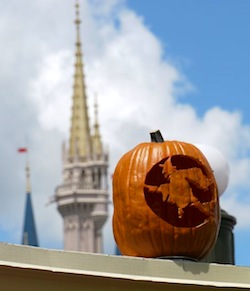 Pick your pumpkin – Before you buy, put your potential pumpkin on the floor or ground and make sure it sits straight. If you can “see” where the face should go, it’s the right pumpkin for you.

Start sketching on paper – Once you start cutting into the pumpkin, it’s too late to go back. First, draw your design on a piece of paper (grocery bag, old wrapping paper, newspaper) the same size as your pumpkin. Once you’ve got your design just how you want it, you’re ready to move the design to your pumpkin. Disney’s Event and Decorating Support team used an overhead projector and a black marker, but you can just as easily use a toothpick or fork. Hold your pattern to the pumpkin and poke a tiny hole through the paper every half-inch or so. When you take the paper away, you’ll have a dotted outline to follow.

Carve the lid at an angle – If you cut up-and-down around the pumpkin’s stem, your cap could fall through. Don’t worry if you don’t carve a perfect circle. That will actually help you find the “right” way to put the lid back on.

Skip the candle – All of the pumpkins along Main Street use LEDs (light-emitting diodes). They’re much safer than an open flame and LEDs don’t get hot. They also last longer than a candle and won’t blow out in the wind. Some new LEDs even flicker like a real flame. 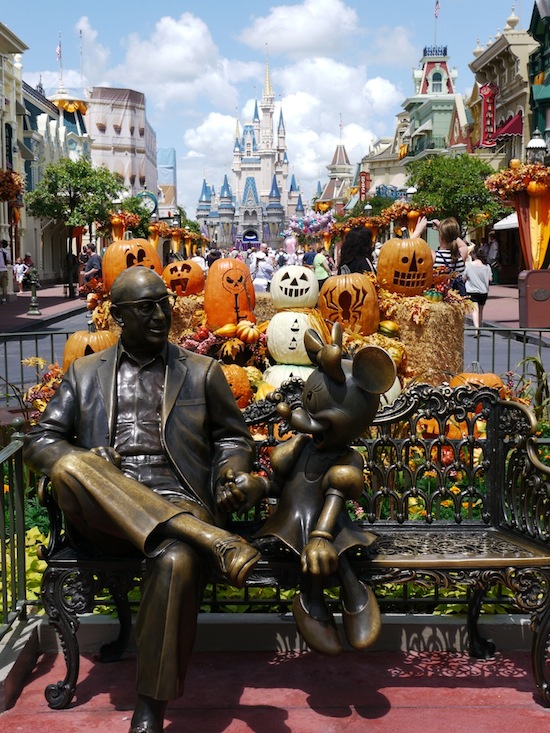