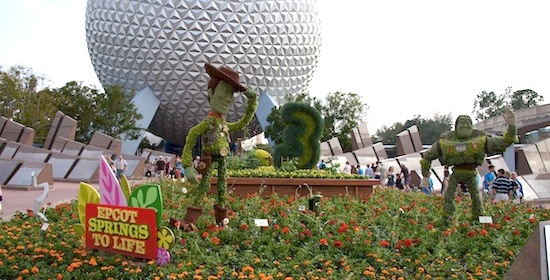 You know Epcot is in full bloom during their annual Flower and Garden Festival. But did you know you may see very different sights if you visit the festival at its start and again near the end? Even though the festival began a little over a month ago, many changes have taken place. Regular visitors might not even have noticed. Let’s take a look.

As this animated graphs shows, the Lightning McQueen topiary was still growing backstage when the show opened. A few weeks later, all but the archway was replaced with the Cars display. Tow Mater still hasn’t shown up. (If this animation is not transitioning between two images, the two separate images are appended at the end of this article.) 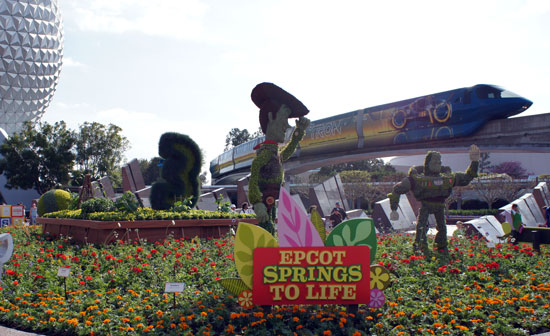 The strawberry-scented Lostso Bear topiary was also still growing backstage when the Festival opened. A large numeral three (as in Toy Story 3) stood in for Lotso for a couple of weeks. 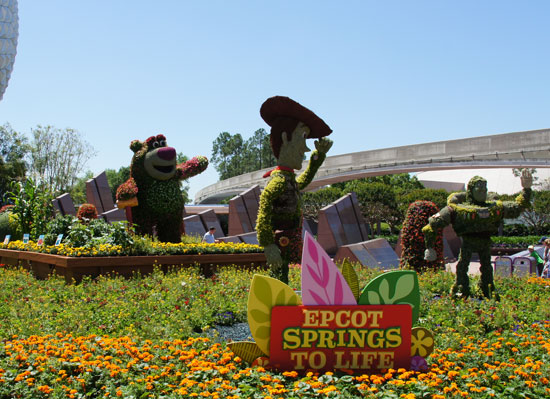 Here’s how the Epcot entrance appears now, with Lotso eager to give guests a hug. 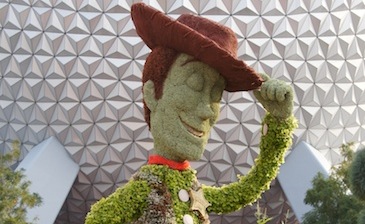 At first, Woody and Buzz looked like their eyes were closed. 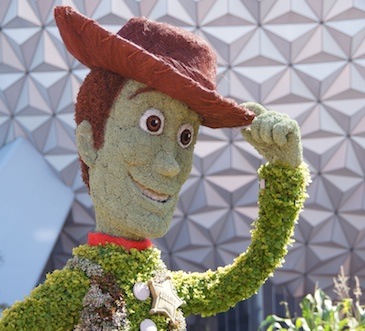 Now they can see! 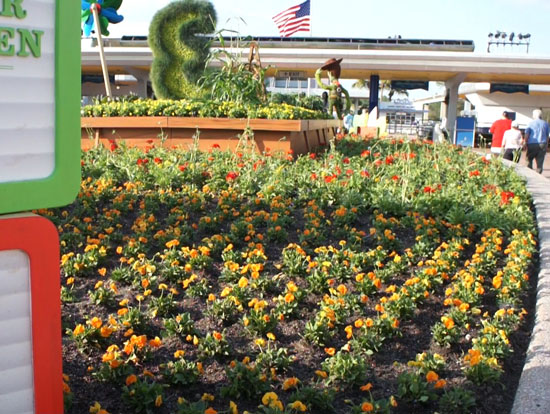 The festival begins when Orlando is still having cool weather. So Disney starts with flowers that can survive a visit from Jack Frost. This bed started with orange pansies. 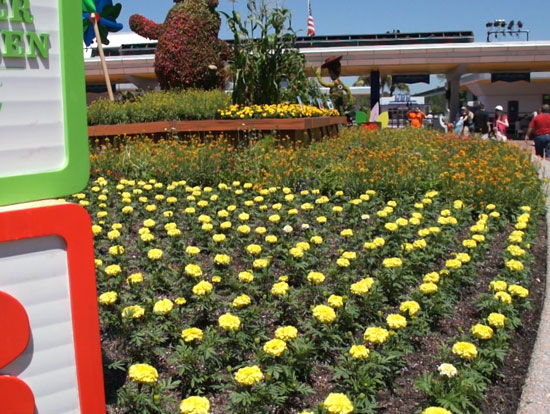 Pansies literally melt when weather begins to get warm, so toward the end of March, the orange pansies were replaced with marigolds. 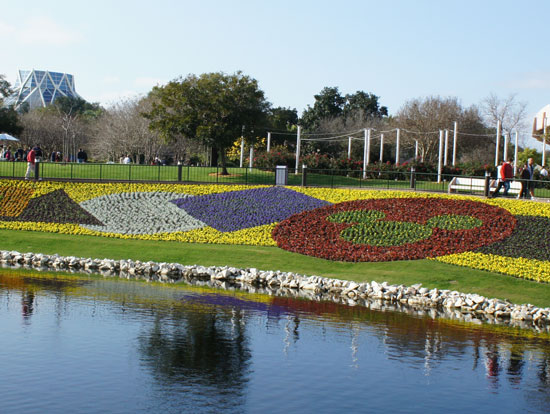 The splendid flower beds were planted in early February. Take note of Mickey, which is not yet flowering, and the bed of purple pansies in the diamond shape. 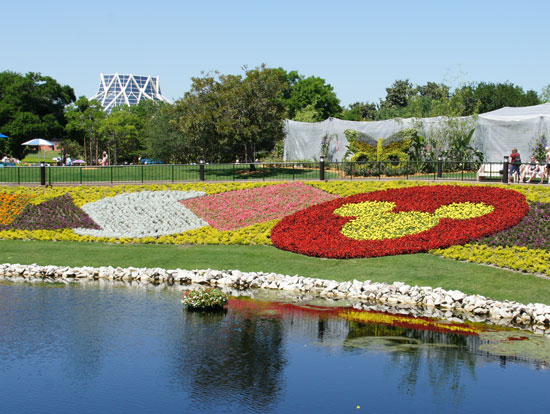 It looks quite different in April! Mickey is blooming, and the purple pansies have been replaced. 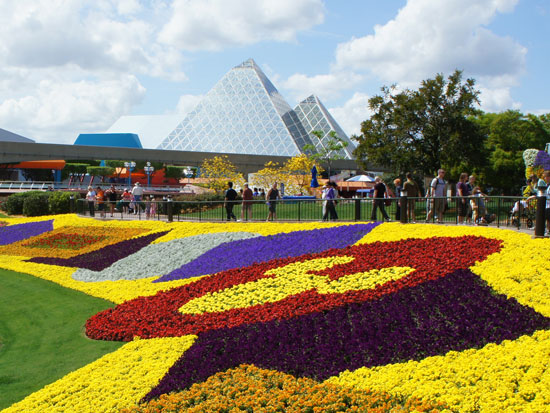 Another view from early March. 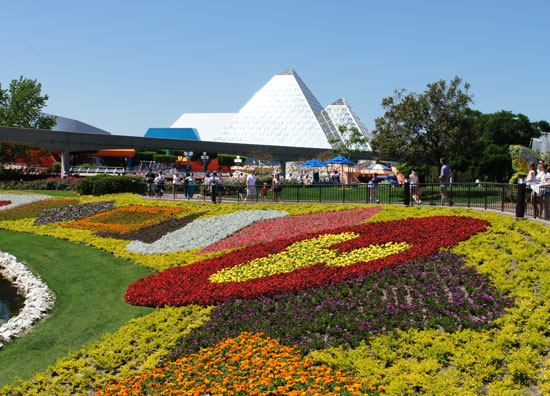 And the view in April, when near-summer level heat is begining to sear. 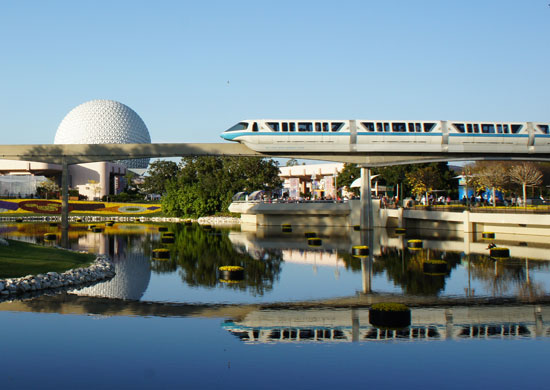 Everyone admires the floating gardens at the festival. This year the show began with yellow gardens filled with cool weather pansies. 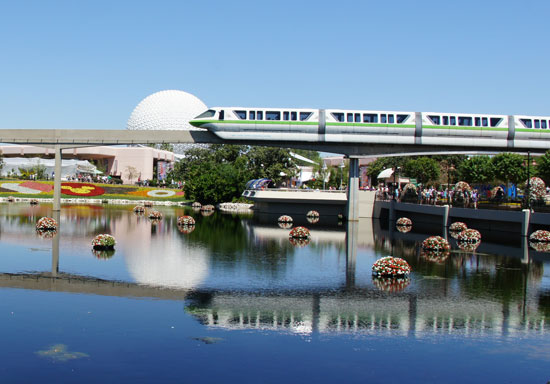 The gardens are now an impatien mix. Impatiens do well in heat, but would have had damage if Jack Frost visited in early March. 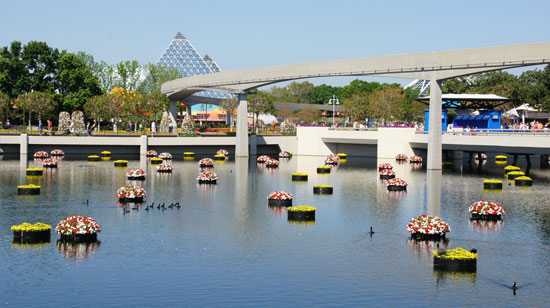 For a time in mid-March, both types of flowering gardens were on display. 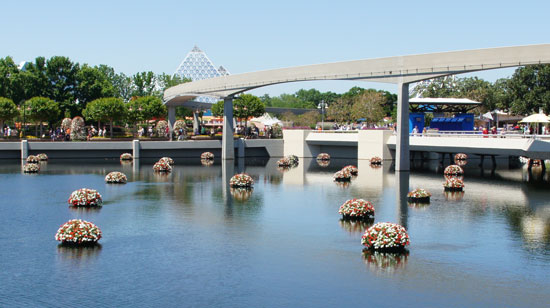 Here’s the same area in April. 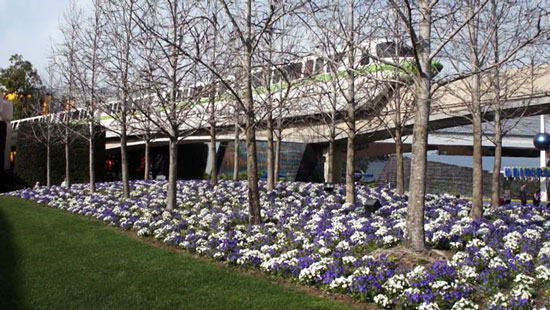 A garden on March 2. 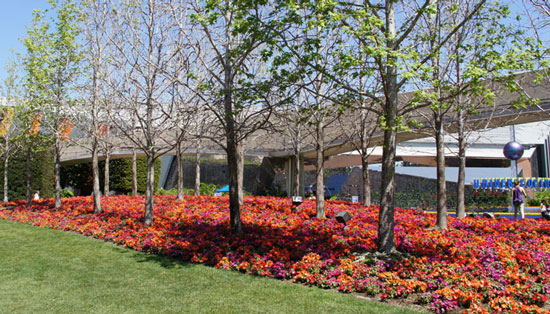 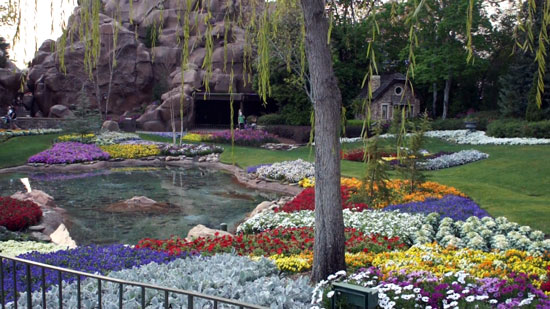 The garden in the Canada Pavilion on March 2, with cool weather flowers in peak bloom. 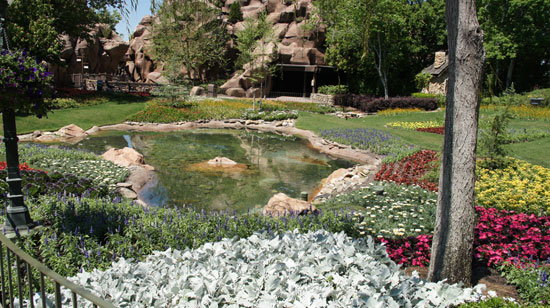 This is the same area on April 2, with summer’s flowers begining to settle in and flourish. 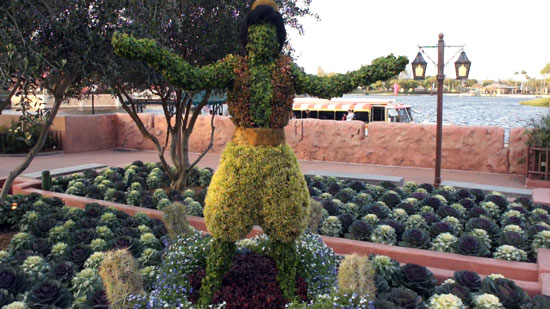 Aladdin was floating in a bed of ornamental cabbage on March 2. 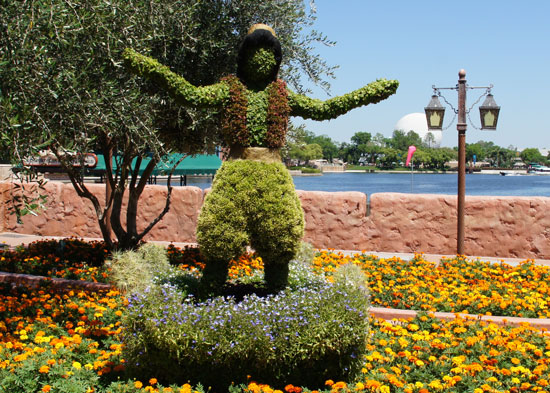 On April 2 Aladdin was floating in a sea of marigolds. 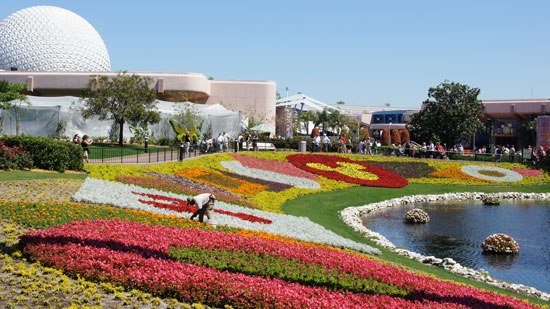 The designers and landscaping cast make most of these changes in the floral displays, unseen, overnight. However sometimes you can spot a cast member in the daytime, tending to the flowers. 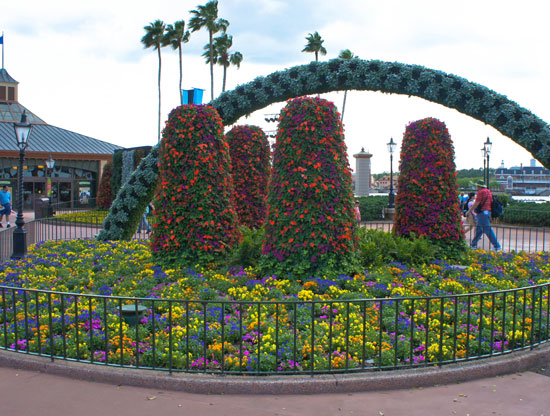 How the Cars display area started the festival. 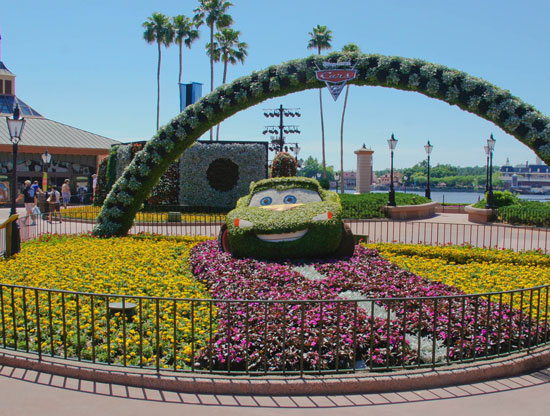 How it looks today.

The Epcot International Flower and Garden Festival runs until May 15, 2011. Click here for more information.