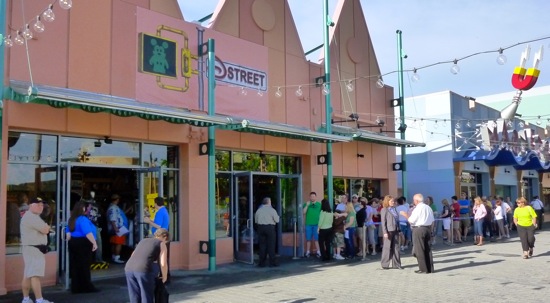 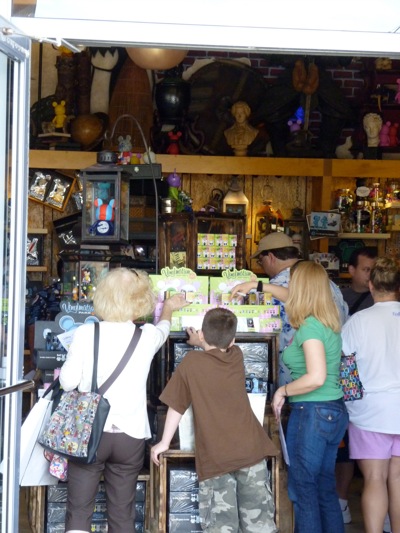 The serious collectors were out to get their goods as a special passholder preview was held Saturday morning for D Street, a new store in Downtown Disney West Side. There was a long line as the doors opened at 8:30 a.m. More guest dwindled in as the morning went on. (The store is located in the former Planet Hollywood On Location store.)

The main focus are the collectable vinylmation figures – and all the branded clothing and accessories that go with them. But they also have many other items – some of the usual merchandise and some unique to D Street. Disney describes it as “chic, offbeat, popular, vintage, kickback, fashionable and fun – fusing urban art and Disney’s creative flair.”

The decor also features a lot of interesting items, some of which you may recognize from other Walt Disney World locations.

The store will be in soft opening until the grand opening on April 16. An artist will be on hand at the opening to help in the create your own vinalmation area. 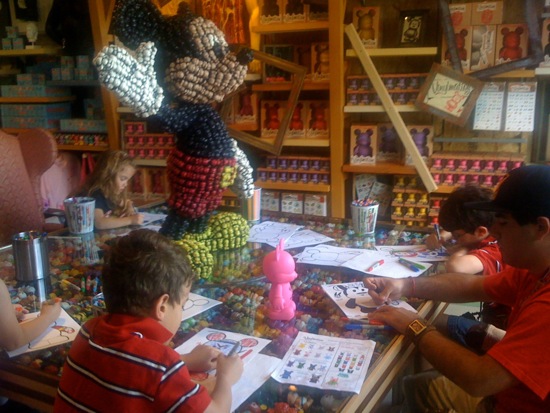 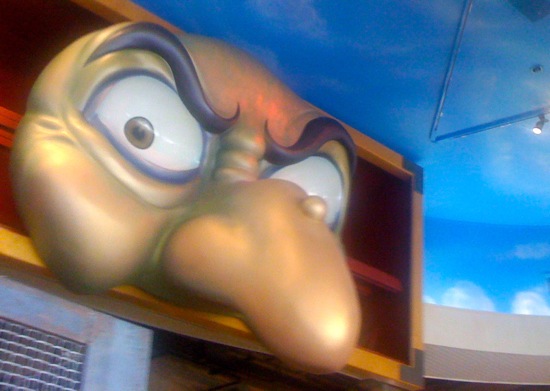 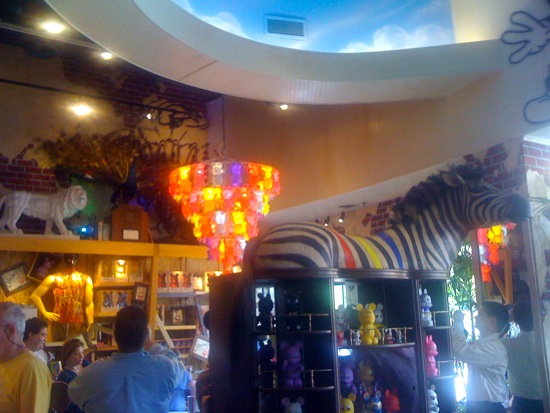 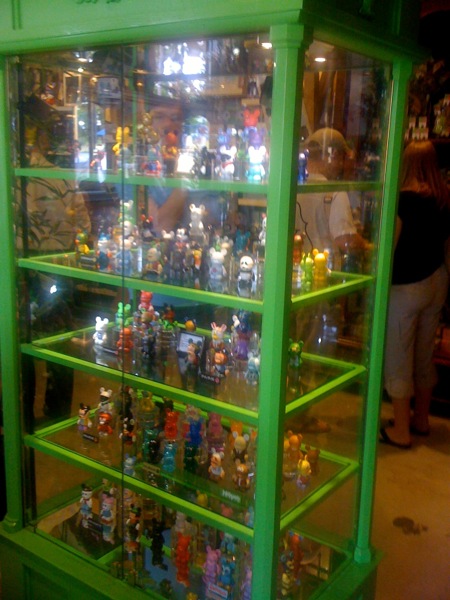 Everyone’s going to be talking about the new...

Looking for a Mickey, Minnie or Princess snow-globe. Do you have any?