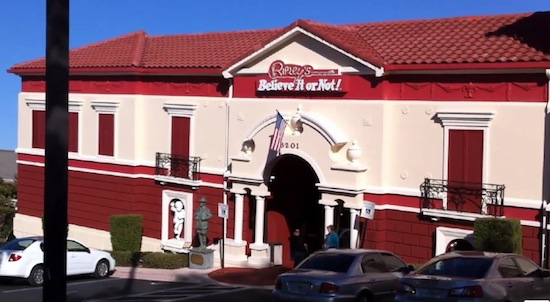 Palm Coast artist Paul Baliker illustrates man’s relationship with nature through amazing works of art, so it only seemed natural for Ripley’s Believe It or Not! to acquire a pair of his unbelievable, signature sculptures. 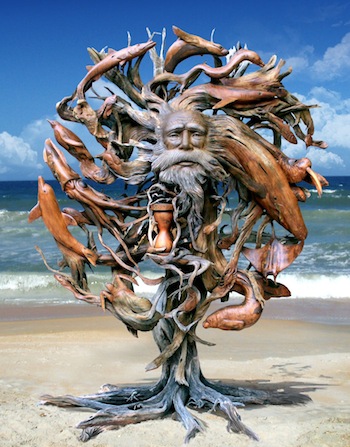 Oceans 11th Hour is Baliker’s effort to call attention to the peril that the world’s oceans face. “We need to take measures right now to quit polluting and overfishing,” said Baliker. “We’re in the 11th hour and time is running out.” The sculpture stands eight feet high and 10 feet wide and is made from Florida Cedar. A Matter of Time represents the relationship between man and the ecosystem.

The driftwood used to create both pieces was found on the islands along Florida’s Gulf Coast between Cedar Key and Homosassa Springs. Much of the wood is left over from when pencil factories cut trees down in the 1930s and 1940s.

“When I first met Paul and subsequently saw Ocean’s 11th Hour, I knew I had to have both these amazing pieces” said Edward Meyer, Ripley’s VP of exhibits and archives. “The realism is superb, the themes are poignant and vital, and art made from driftwood is simply a natural for Ripley’s Believe It or Not! In 33 years of collecting, I have never seen anything even vaguely like these masterpieces.”

For more about Ripley’s Believe It or Not, watch this week’s Orlando Attractions Magazine – The Show, which was shot on location at Ripley’s Orlando Odditorium.

The circus is coming to town, new Amway Center will host the ‘Greatest Show on Earth’ for five days

Photos and video from the Walt Disney World Marathon Weekend 2011

Theme parks could be safer than your...