To celebrate the 50th anniversary of the Apollo 11 lunar landing in 1969, Zero Gravity Corporation (Zero-G) is teaming up with Space Florida to take fans on a weightless flight above the earth’s surface. 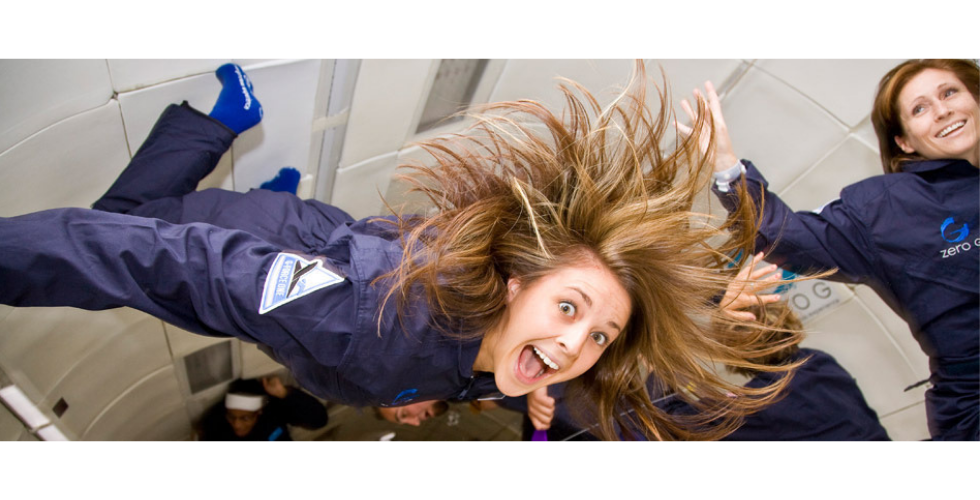 Experience the feeling of weightlessness in space with this commemorative flight in honor of Apollo 11.

On July 20, Zero-G will take off from Space Florida’s Launch and Landing Facility at the Cape Canaveral Spaceport in their specially modified Boeing 727, G-Force One. Former astronaut Dan Barry will join Apollo fans on the flight. Before retiring from NASA in 2005, Barry took part in many missions, including three space flights, four spacewalks and two trips to the International Space Station.

“We are honored to help celebrate this huge moment in the history of space exploration,” said Terese Brewster, CEO of Zero-G. “Advancements made by researchers on Apollo 11 allow us to continue to ask questions and learn about the world around us.”

The specialized anniversary flight will give passengers the feeling of stepping onto the moon’s surface by recreating lunar gravity. Riders will float in the air, as they’ll only be carrying one-sixth of their normal body weight.

Zero-G pilots will perform a series of parabolic arcs while flying in an FAA designated airspace. At the top of each arc, flyers will soar through the plane, perform effortless flips and other tricks, and experience a unique sensation that only a few have been able to do before. The flight will also include many zero gravity and Martian gravity parabolas.

“Space Florida is pleased to be a part of Zero-G’s commemorative flight honoring the Apollo 11 lunar landing,” said Jimmy Moffitt, airfield manager at Space Florida’s Launch and Landing Facility. “This is a great opportunity to celebrate the achievements of human spaceflight and our state’s aerospace legacy, while looking toward the future of the Cape Canaveral Spaceport and industry partners like Zero-G.”

A limited number of tickets are available for this exclusive flight, and they start at $5,400 each. To learn more, and to purchase your ticket to this unique experience, visit GoZeroG.com.