Behind the Scenes: Inspecting crabs in Finding Nemo Submarine Voyage 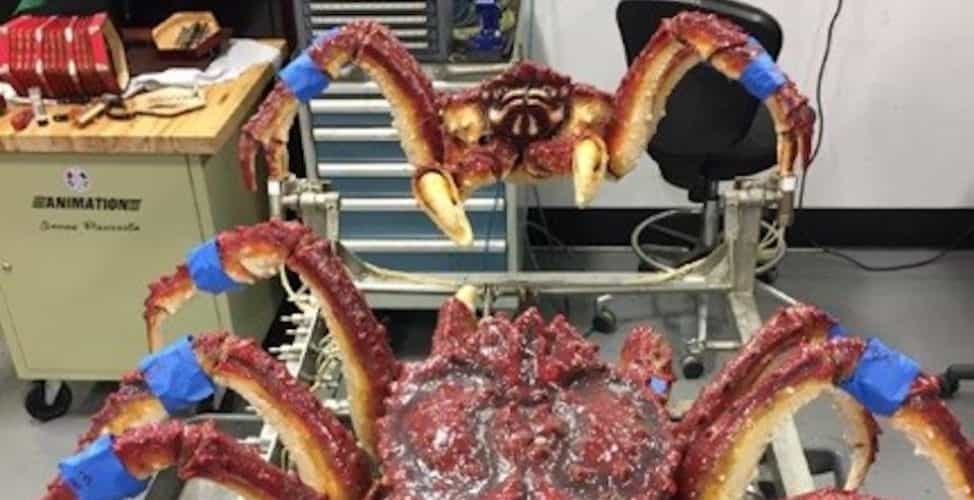 The crabs in the Finding Nemo Submarine Voyage at Disneyland Park in Anaheim, Calif., were recently sent for a rebuild cycle, which means they were inspected to ensure they are physically and operationally in good shape.

Crabs play a small, but memorable part of the 2003 Disney-Pixar film Finding Nemo – which is the basis for the ride that takes you on a journey in an actual underwater environment. The ride includes animated projections and realistic-looking sea creatures, as a clownfish seeks his son, Nemo.

Crabs are seen throughout the movie, but the most unforgettable are the tough guys who threaten Nemo and only tell Dory, his dad’s travel companion, where Nemo has gone after they are offered as a treat to hungry seagulls. They also add a comic element as they try to grab at water bubbles leaving an underwater pipe and fight with each other over the pipe access.

Here’s that scene in the movie:

Since crabs are part of the realistic part of the ride, rather than the animated part, they have to deal with the stressors in the physical environment including swimming-pool-quality water.

“We have dozens of figures that operate underwater in this fashion and routinely come into our overhaul shop every six months to a year for refurbishment,” explained Disney Animation Service Manager Mike Morrison. “The chemically treated water typically causes aggressive corrosion in materials that would normally be suitable for use on land.” 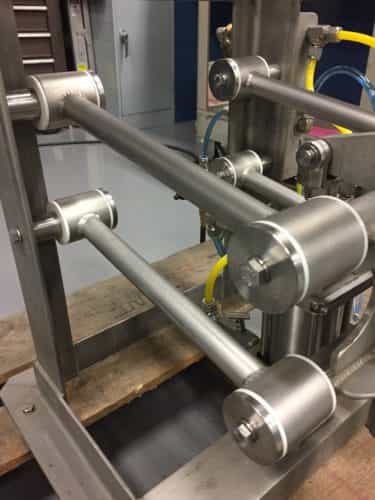 New bushings that have been installed in the figurine.

Disneyland’s solution was to use corrosion-resistant, no-swell Vesconite Hilube, a polymer that does not require any lubrication. “As much of our animated figure structures are fabricated from stainless steel, we have found Vesconite Hilube to perform better than metal materials in the underwater environment,” said Morrison. “Hilube is well-suited to our chemically-treated water at Nemo. Unlike other materials, Hilube will not absorb or swell whilst in water.”

The crabs that came in for service stand adjacent to each other and move towards and away from each other to create visual interest for park guests. Bushings on the engineering mechanisms are essential to propel the crabs forwards and backwards. Morrison reports the bushings typically last three rebuild cycles and that, each time the bushing is examined, it is rotated 120 degrees in order to distribute wear evenly on the bushings. Having completed three cycles, the crabs’ bushings were replaced.

It’s uncertain whether the crabs that were repaired actually represent Bernie and Baz from the movie, since Bernie is yellow and Baz is red, unlike the two figurines in the submarine voyage that are both red. However, park guests seem to enjoy them, as they represent part of the realistic experience of the ride, which includes bubbles that rise across the viewports when the submarines make a mock dive into the water.

As one theme park guest put it, “Buy into the setting, let yourself get lost undersea, and enjoy this solid and unusual ride experience.”