Behind-the-scenes at 'Back To Neverland' with Walter Cronkite 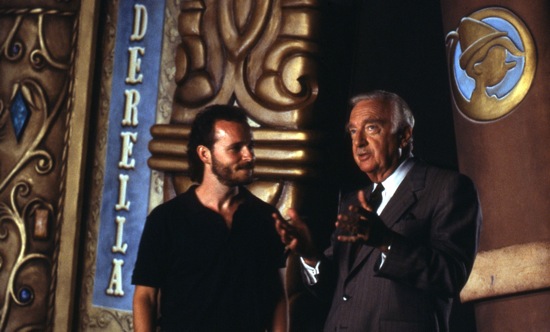 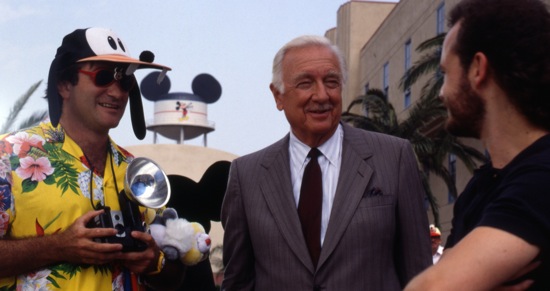 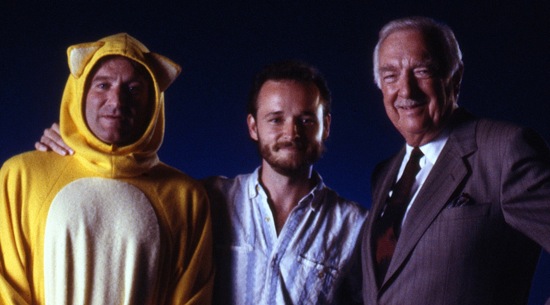 I just heard the ipod broadcast which included the audio of “Back to Neverland”. It was wonderful! My wife and I have never seen the actual video, but we were standing with Robin Williams and Walter Cronkite at the beginning of the skit. I have found a still photo on the internet which shows my wife. She is the person with a red and dark blue striped te-shirt with Minnie Mouse ears. (I am standing behind Walter Cronkite in the photo. (I think you can see my ear)).

Luckely we were together in the scene. I believe that it was filmed in late 1986, and I joked to my wife, (Viviana O’Leary) that many people come to America to be in the movies without success. It took her a matter of a few months. We had just married and my wife is from Santiago, Chile. She spoke little to no English, and luckely they kept us together so I could quietly translate the instructions of what she had to do.

If you ever come across a copy of “Back to Neverland” we would love to see it.