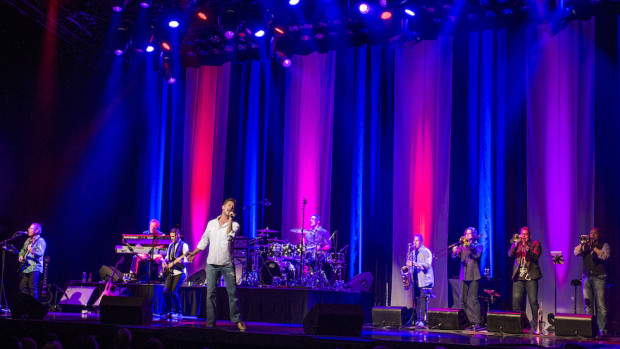 They’ve been around since 1967 and have had over one hundred members come and go over the years, but Blood, Sweat & Tears continues to rock and recently are performing at Epcot for the first time with their new lead singer, Bo Bice.

Former American Idol contestant Bo Bice, with drummer Dylan Eilse and guitarist Leonardo Amuedo, sat down to talk to us before their first concert at Epcot on April 15, 2016 (performing through April 17).

They talk about first getting to Walt Disney World, American Idol’s legacy, their generations of fans, and more. Plus they even give a little love to Disney’s former Mulch, Sweat & Shears band. Take a look at the interview in our video below: