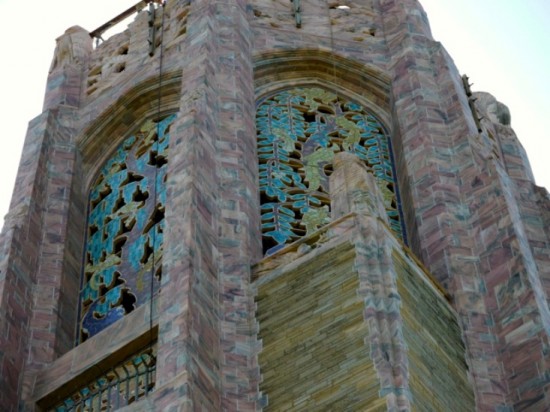 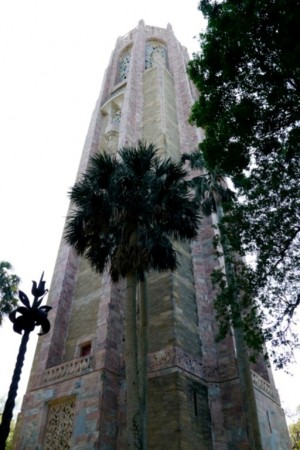 William De Turk has resigned as the director of carillon services after his 18 years of service at Bok Tower. De Turk was the third carillonneur to hold the job at The Gardens since its dedication in 1929. De Turk began his Bok Tower career as an assistant carillonneur and librarian from 1993 to 2004. He was then promoted to carillonneur.

In order to find a new musician The Gardens will host visiting guest artists over the next few months. The 21st International Carillon Festival from March 3 to 11 in 2012 will also give candidates a chance to perform in front of an audience. The new position is expected to be filled by early summer of 2012.

During the 21st International Carillon Festival guests can listen to music from world-renowned carillonneurs who represent the Netherlands, Canada and the United States. Daily concerts will be held at 1 and 3 p.m. Festival carillonneurs will include Geert D’hollander , George Gregory, Sue Bergren and Malgosia Fiebig.

The Singing Tower carillon contains 60 bells ranging in weight from 16 pounds to nearly 12 tons and was built in 1928 by John Taylor Bellfoundry, Ltd. of Loughborough, England. The carillon became the first of four carillons in Florida. There are approximately 200 in North America and 500 throughout the world. Recorded carillon selections are played at specific times during the day inside The Gardens. Bok Tower Gardens is open from 8 a.m. to 5 p.m. daily. Visit boktowergardens.org or call 863-676-1408 for tickets and more information.

Discover Bok Tower Gardens in the moonlight during...

What a magical place Bok Tower Gardens is! Mr. De Turk is going to be missed. He was a tremendous talent. Sometimes people have to move on and try other things. He is probably making beautiful music somewhere else right now. I’ve had the privilege of hearing Mr. Lee Cobb play the Bok Tower carillon and thought to myself that he would be a very worthy replacement. He has youth, warm and outgoing personality, and a love of his chosen instrument.