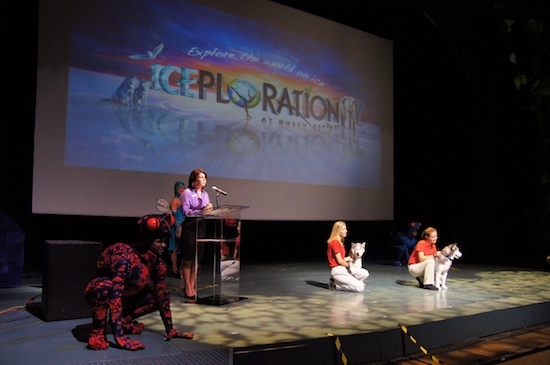 Busch Gardens Tampa Bay has announced a new show for their Morrocan Palace Theater. Iceploration will begin daily showings on Feb. 2, 2012 featuring ice skating, puppetry and live animals. It will be the largest, most ambitious ice show Busch Gardens has ever done.

The 30-minute show opens with Austin, a digital-savvy preteen, explaining how technology has made his generation more connected to the world than ever before. But his grandfather – and old-world explorer – argues 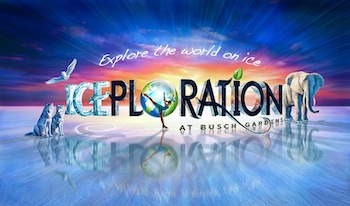 that the boy is more disconnected than he realizes, and takes him on an adventure around the globe. Through their travels they visit the African Serengeti, Great Barrier Reef, the Arctic and the Amazon rainforest.

The adventure unfolds as they arrive in the African Serengeti. Here, larger-than-life puppets and spectacular set design bring elephants and other awe-inspiring animals to life at a watering hole. Solo and chorus skating performances accompanied by acrobatics tell an anecdote of an agile cheetah stalking graceful gazelles and meerkats. 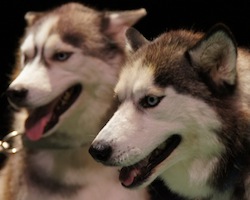 Austin and Grandpa then dive into the Great Barrier Reef to explore the harmony of life on the ocean floor. A black light transition and never-before-seen helium-filled puppets will immerse the audience in the wonders of the sea, filled with parrotfish and lionfish, sea urchins, turtles and a moray eel.

In the Arctic, skaters become snow flurries as a winter storm threatens the travelers. Austin and Grandpa witness even more beauty as they encounter the Aurora Borealis phenomenon, represented with theatrical lighting and projections. Then, they share the stage with live animal stars, including a Siberian lynx and a sled of Siberian huskies as they continue to traverse the tundra. 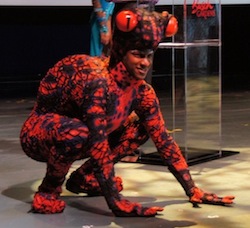 Austin and Grandpa wrap up their adventure around the globe immersed in the lush, tropical Amazon Rainforest. Squirrel monkeys, sun conures and colorful macaws fill the air as playful frogs and a graceful dragonfly skate into the grand finale: a new signature song called “Meet the World.”

Construction has already begun to transform the Moroccan Palace into the icy new site for this ground-breaking show, as well as a version of Busch Gardens’ classic holiday ice show. This holiday season, the Moroccan Palace will host Christmas on Ice with several shows daily from Nov. 21 to Jan. 1.

Here’s a teaser trailer showing some of the costume designs:

• Be sure to watch episode 41 of “Orlando Attractions Magazine – The Show” next Thursday for more about the new ice show.