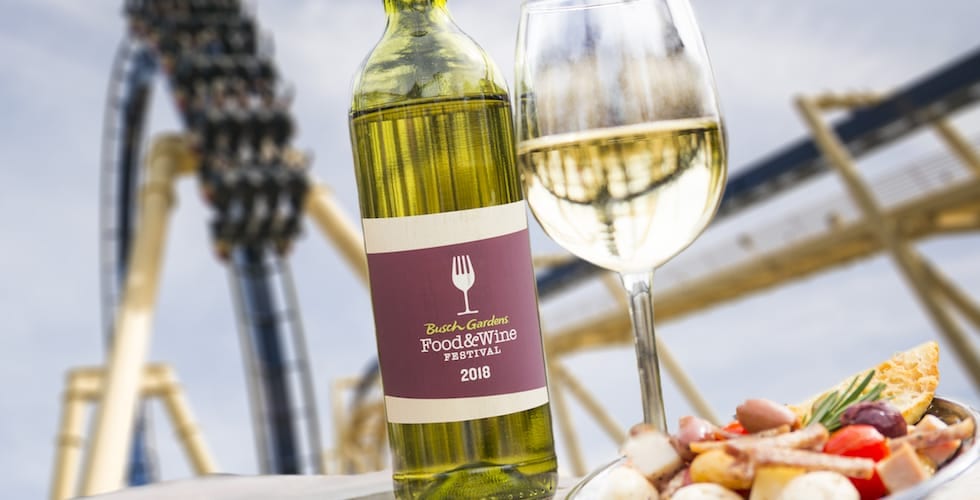 Busch Gardens Tampa Bay’s delicious event returns this March with the fourth annual Food & Wine Festival. Guests can sample a variety of cuisines with a selection of over 65 wines and more than 50 craft brews, all while enjoying performers from the festival’s entertainment lineup.

The Food & Wine Festival runs on Saturdays and Sundays from March 3 – April 29, and admission is included with any Annual Pass, Fun Card or daily admission to the park.

The festival will feature new twists on food offerings at 13 culinary cabins, along with classic favorites like beef brisket on a spiced corn waffle and mango shrimp ceviche. Try new bites at the Savory Tavern like fried frog legs with bacon corn fritters, or dig in at Artisan Eats with dish duck fat truffle fries and tostones rellenos de pollo at Comfort Kitchen.

Guests can also try out the lobster tart with leeks and Swiss cheese or the mushroom vol-au-vent at the Light Fare Canteen, or the robust flavors of Chef’s Plantation with offerings like salmon cake with lemon aioli, the all-new short rib and brie grilled cheese and Korean-style ribs. There will also be fine bourbon and tequila tastings.

Headliners for the Food & Wine Festival’s concert series include:

Dance with DJs Dimitri Vegas & Like Mike, Robin Schulz and Afrojack during Electroland 2018 at Disneyland Paris