When the gates to Canada’s Wonderland open for the 2019 season, guests will be able to experience the world’s tallest, fastest and longest dive coaster – Yukon Striker. 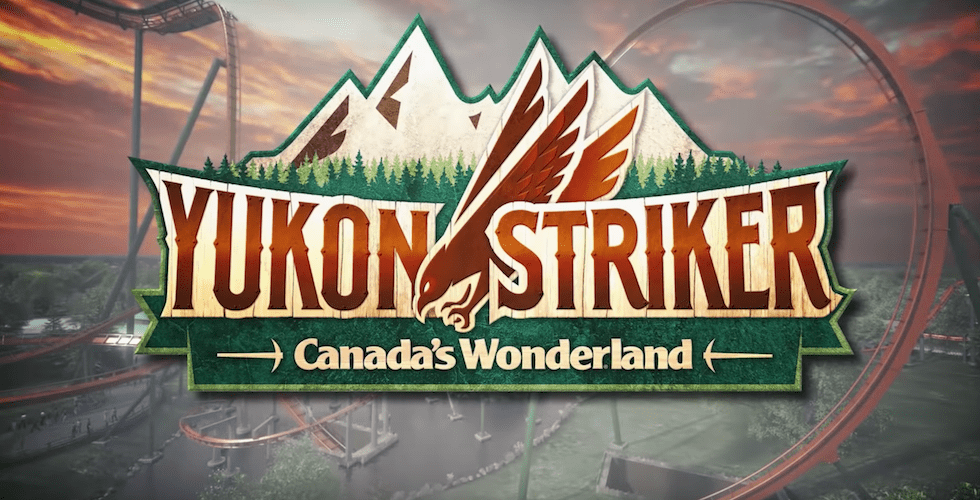 This will be the tallest, fastest and longest dive coaster in the world once open.

Located in the park’s new themed area, Frontier Canada, Yukon Striker will be Canada’s first dive coaster and the park’s 17th coaster on the lineup. This makes Canada’s Wonderland one of the top tree amusement parks in the world with the most roller coasters.

Yukon Striker will take guests on an adventure along its 3,625 feet of track, where guests will see incredible views of the Toronto Skyline. The coaster has a “hold and dive” element, where riders will be hanging, literally, on the edge of their seats on one of three wide, floorless trains as they wait for the 90-degree, 245-foot drop. 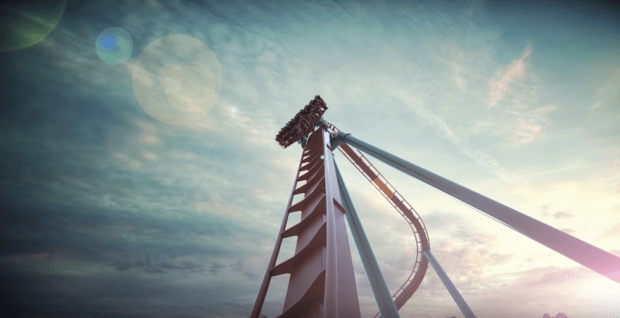 Once released, guests will dive from zero to 130 kilometers per hour straight down into an underwater tunnel before rising back up and heading through four inversions.

In addition to Yukon Striker, Canada’s Wonderland is also unveiling the Frontier Canada area, as well as a new holiday event called WinterFest.

Frontier Canada has been over 37 years in the making at the park, as it was originally planned as one of five themed areas developed for the park’s opening in 1981.

The area will represent the Yukon backcountry during the Klondike Gold Rush era of the late 1890s. Yukon Striker will join other rides in this area including Lumberjack, Flying Canoes, Mighty Canadian Minebuster, Soaring Timbers, Timberwolf Falls, and White Water Canyon.

WinterFest will offer new holiday fun in 2019, as guests enter an immersive holiday experience held in November and December. During the event, the park will be transformed into a winter wonderland with themed areas, dozens of Christmas trees, millions of lights, ice skating, live entertainment, food, crafts and hands-on family activities.

The park’s fountain on International Street will transform into Snowflake Lake, where guests can take part in ice skating and enjoy the holiday lights. Each evening, singers and dancers will lead the celebratory lighting ceremony of a 70-foot-tall Christmas tree with over 40,000 ornaments.

WinterFest guests can enjoy holiday offerings like turkey, gourmet hot chocolate and peppermint fudge, and then see one of 12 live holiday-themed shows like “Cool Yule Christmas” and “Jingle Jazz.” Kids can help elves mail letters to Santa, decorate cookies in Mrs. Claus’ kitchen, and meet the Peanuts or other WinterFest characters like Jack Frost, the Sugar Plum Fairy, and Candy Cane.

“This is the largest capital investment we’ve made in our park since opening,” said Norm Pirtovshek, Canada’s Wonderland’s general manager.

“We’re excited to offer world-class thrills and a truly unique experience for our guests next year. Yukon Striker will be the centerpiece of our new themed area Frontier Canada, delivering exhilarating and record-breaking coaster elements like no other in the world. And to cap off our 2019 season, WinterFest will be a holiday event unique to Canada as our park transforms into a winter wonderland. You can expect magical holiday fun for guests of all ages.”

To learn more about Canada’s Wonderland, and to purchase tickets, visit CanadasWonderland.com.