Marvel Studios’ ‘Captain Marvel’ to be released in ScreenX format

Audiences will get to immerse themselves in the story of Marvel Studios’ “Captain Marvel” when the film hits theaters in ScreenX format on March 8. 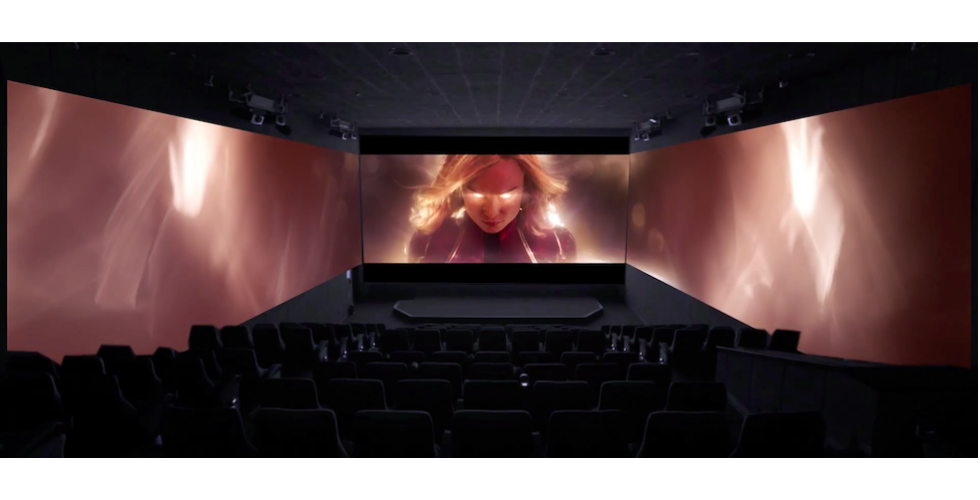 Immerse yourself in the world of “Captain Marvel” with this unique format.

“Captain Marvel” will be the third Marvel film to be converted into ScreenX, following the converted releases of “Black Panther” and “Ant-Man and The Wasp.”

ScreenX is the world’s first multi-projection theatre technology that offers a 270-degree panoramic movie watching experience. This unique viewing experience takes audiences beyond the traditional frame of a movie screen and surrounds them with imagery – almost like they are inside the film they’re watching.

“‘Captain Marvel’ is another great movie from the Marvel Cinematic Universe that continues to showcase the full potential of the ScreenX format by taking us on an otherworldly heroic journey,” said JongRyul Kim, CEO of CJ 4DPLEX, makers of ScreenX. “We are thrilled to team with The Walt Disney Studios and Marvel Studios to bring this inspiring new heroine to audiences in our newest cinematic experience.”

With 147 screens in 10 countries around the world, there are only 14 screens in North America:

More locations are expected to open across the U.S. and Europe in the future. You can check out the current worldwide list of theaters here.

Check out the trailer for “Captain Marvel” in ScreenX below: