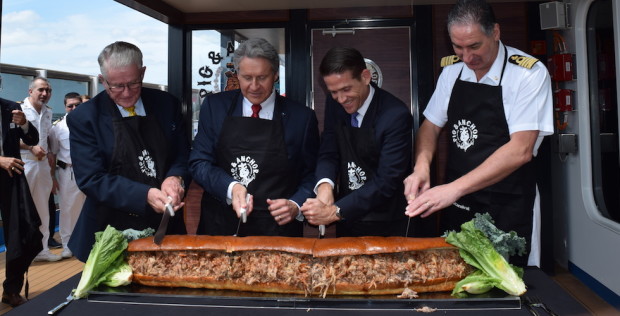 Carnival Cruise Line not only recently celebrated the arrival of the Carnival Magic ship to Port Canaveral, but also the opening of a brand new restaurant onboard, Guy’s Pig & Anchor Bar-B-Que Smokehouse designed by Food Network star Guy Fieri.

The event was highlighted by the carving of a massive, six-foot-long pulled pork sandwich by officials from Carnival and the port to commemorate the debut of the new dining option, which was installed during a multi-million-dollar dry dock last month.

“Port Canaveral is one of our most popular and fastest-growing homeports and we now have three exceptional ships based there offering our most highly-rated guest features, a huge array of staterooms and suites with private balconies and a wide variety of itinerary choices,” said Christine Duffy, president of Carnival Cruise Line.

Carnival Magic also offers a variety of family-friendly features as well, including a WaterWorks aqua park highlighted by a 312-foot-long Twister slide, fun, supervised activities and play areas for kids in three age groups, and the Seuss at Sea program which includes the ever-popular Green Eggs and Ham Breakfast with The Cat in the Hat and Friends and the Seuss-A-Palooka Story Time and Parade. 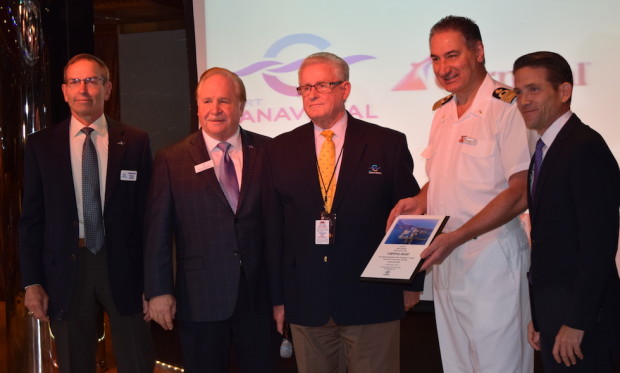 For additional information and reservations for Carnival Magic’s departures from Port Canaveral or any of the line’s cruises, contact your travel agent (we recommend MEI Travel), call 1-800-CARNIVAL or visit carnival.com.

A video posted by Attractions Magazine (@attractionsmagazine) on Apr 20, 2016 at 9:01am PDT