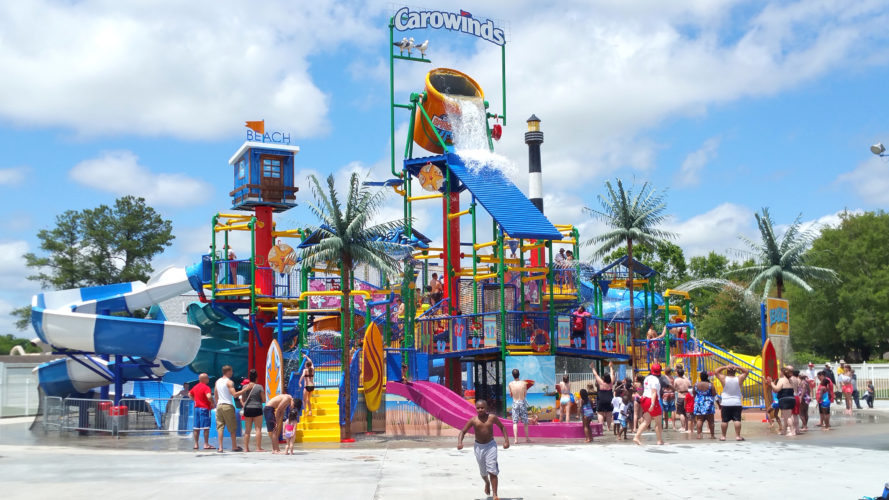 Guests at Cedar Fair’s Carowinds outside Charlotte, N.C. now have more ways of cooling off, because the complex’s water park has been expanded and rechristened as Carolina Harbor, just in time for the 2016 summer season.

Carowinds Carolina Harbor held their ribbon cutting ceremony on May 18 and celebrated their official opening day on May 21. Formerly called Boomerang Bay, Carolina Harbor rolled out a number of new attractions, experiences and food options alongside its new name. Blackbeard’s Revenge, a slide tower with six winding and twisting waterslides, is the main addition to the park doubling the total number of waterslides available for guests to ride. Nearly identical slide towers can be found at four other Cedar Fair waterparks throughout the US including the recently completed Tropical Plunge complex at Kings Island Soak City Waterpark.

“Carowinds was looking for a good balance between family fun and thrills at Carolina Harbor. The recent additions of Blackbeard’s Revenge, a new six story tall water slide complex with three exhilarating attractions, and Seaside Splashworks, a multi-level play structure with over 80 play elements and a giant 423-gallon tipping bucket that soaks everything in its path, does just that,” explains Rob Decker, senior VP of Planning and Design, Cedar Fair Entertainment Company.

The slide complex debuted at Carowinds is called Blackbeard’s Revenge and is very similar to previous installations at Soak City Water Park at Kings Dominion and at Dorney Park & Wildwater Kingdom Water Park. The first complex of this configuration was at Oceans of Fun waterpark in Missouri. Later in the year, the development of the Snake Pit complex at Dorney Parks & Wildwater Kingdom began which followed the same formula as the one at Oceans of Fun. The complex won an Amusement Today Golden Ticket Award. It was then brought to other parks including Carowinds’ Carolina Harbor as Blackbeard’s Revenge. Although similar, each of the five complexes has its own personality with unique slide colors and a special name. 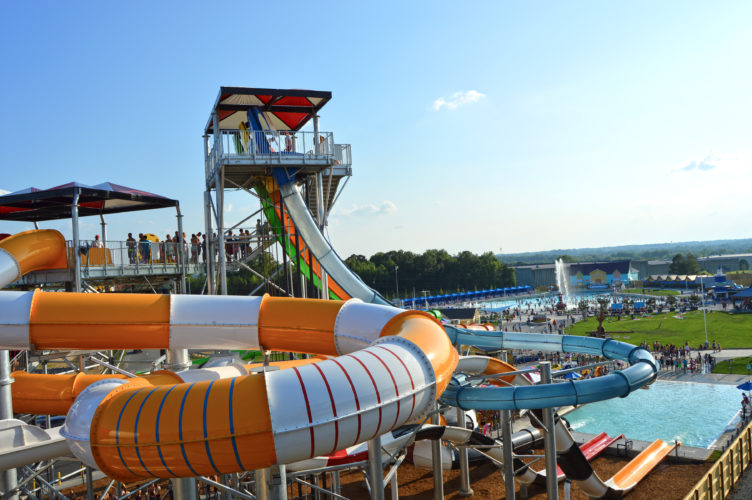 The waterslides aren’t the only attractions coming to Carowinds this summer. Seaside Splashworks is an AquaPlay RainFortress covered in detailed theming and is part of the new two-acre family area within Carowinds. The multi-level play structure features over 80 interactive elements and topped with a 423-gallon tipping bucket. Seaside Splashworks is decked out in beach attire and is ready for a day in the sun with a giant sand pale, surfboards and flip flops. Dolphins, hand-carved by WhiteWater’s artists, can also be spotted jumping just off the ocean’s edge!

“Our goal was to help Carolina Harbor bring the coast inland with Seaside Splashwords. Theming is a magical way to take a product that can be found in waterparks throughout the world and make it truly unique for that one park. We are happy to have worked with Carowinds to deliver a distinctive AquaPlay that will ignite the imaginations of thousands of kids, mums and dads this summer,” comments Teri Cantin, Landscape Architect and Lead Designer of Seaside Splashworks, WhiteWater.

If you’ve never been to Carowinds, check out this Photo Finds from a 2012 visit to it and several other East Coast theme parks:

Can I get a number to speak with a live person about season pass account..please

A look at how Legoland Florida caters...