It’s been over half a century since Disney’s original “Love Bug” first rolled into theaters, and you can help celebrate Herbie’s 50 year anniversary with series actor Joaquin Garay III at Old Town on March 16. 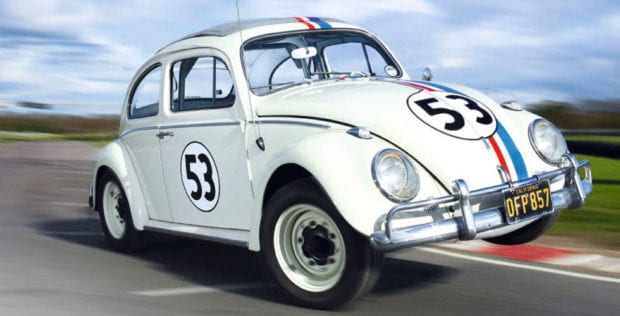 Herbie and his fans will celebrate the Love Bug’s 50 year anniversary at Kissimmee’s Old Town on March 16.

Herbie the 1963 Volkswagen Beetle made its debut in the 1968 family-favorite feature film The Love Bug. Since then, Herbie has been featured in five other motion pictures (most recently 2005’s Herbie: Fully Loaded starring Lindsay Lohan) and several television appearances. Herbie is distinguished by red, white and blue racing stripes from front to back bumper, a racing-style number 53 on the front luggage compartment lid, doors, and engine lid. 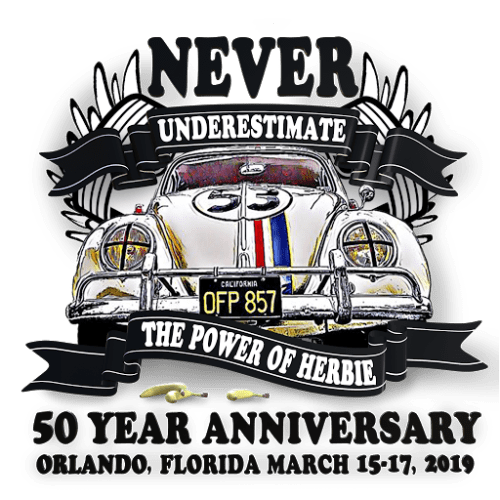 At 3 p.m. on March 16, 2019, a parade of Herbies will arrive at Old Town in Kissimmee, Florida, and park on Main Street. Joaquin Garay III from 1980’s Herbie Goes Bananas will be on hand and signing autographs after 5 p.m. The VWs will be parked on display along Old Town’s brick streets until around 8:15 p.m., when the Herbies will depart after leading a special “Herbie Only” cruise, which will precede the traditional Saturday Nite Classic Car Cruise around the complex. Parking and and admission at Old Town are free.

The Herbie 50 year anniversary event at Old Town is only a part of the three-day Herbie’s 50 Year Reunion weekend, which includes visits to the Don Garlits Museum of Drag Racing in Ocala and the Orlando Auto Museum.

Festival of Nations kicks off March 16 at Dollywood

We just passed a fleet of Herbies on World Drive. Was so cool to see!!

A look at the many changes during...

Snow will fall in The Wizarding World...