After nearly forty years drawing Disney characters, artist Don “Ducky” Williams is putting down his pencil, and you can help the Disneyana Fan Club celebrate his career at a retirement roast party on Aug. 11. 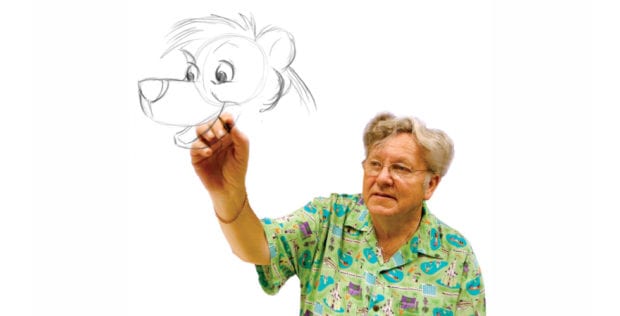 Williams was born in Springfield, Massachusetts, of Scottish descent and grew up during the 1950s the son of a single mother alongside seven other siblings. His mother nicknamed Don, “Ducky” because she had a love for the Donald Duck comic books, and he wrote his first letter to Walt Disney at age 10.

After serving in the military and working in a bank, he moved to Florida in 1980 and became a Disney artist. Over nearly 40 years, the acclaimed Senior Character artist, Don “Ducky” Williams has drawn literally thousands of Disney characters for books, lithographs, brochures, magazine ads, and television.

The cost to attend the Don “Ducky” Williams retirement roast party is $60.00 per person. For tickets and more information, contact Arlen Miller at [email protected] or view the Facebook event.